Use the Scripting Module to Update a Document in Elasticsearch

Scripting is usually performed with Painless or Java and can be used to create scripts that will update Elasticsearch documents with customized expressions. Previously, Groovy, a scripting language that used Java syntax was the default language, however, this has been depreciated since Elasticsearch version 5.x was released.

Painless is a faster, safer and simpler than using other scripting languages in Elasticsearch and has a Java-like syntax, similar to Groovy.

Painless is a scripting language designed specifically for both performance and security. While the Painless syntax is similar to Java’s, it has a number of additional features, like array initializers, dynamic typing and map and list-access shortcuts. Elasticsearch users can quickly perform a variety of operations by enabling the script modules. The scripts can be used to execute a wide range of tasks, such as modifying specific elements in a field and returning specific fields in a search request. The scripting module also allows you to employ scripts to assess custom expressions. For example, you can use a script to generate a script field as part of a search query and evaluate a custom score for a specific query. 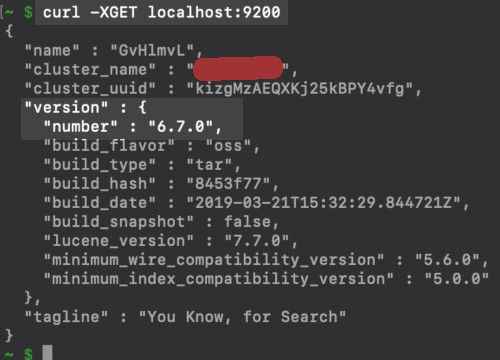 * If you are planning to make scripting requests using Kibana’s Console UI, then check to make certain the Kibana service is running on your server (5601 is the default port for Kibana).

NOTE: If you’re using Elasticsearch version 5.x or later, make certain all scripting requests that are made in cURL define the request body’s content type as a header option by including: -H 'Content-Type: application/json' in the header, or you will receive a 406 Content-Type error:

How to use scripts in Elasticsearch

The body of a Scripting Module request has several essential components:

DO NOT include the commented lines with the # when making theses types of requests in Kibana or when using cURL.

For more information you should consult Elastic’s full documentation on the Scripting Processor.

NOTE: The ctx variable is a unique “stand-in” of the document or object being modified or inspected. As such, any changes made to the ctx object passed in the "source" field will persist after the script has performed its operations.

Using Painless scripting to make a _search request in Elasticsearch

In this example, the script will return all Elasticsearch documents having an integer value of 42 within a specific field named "some_field".

Note how .tag is passed as an attribute of the "params" field in the "source" field’s string value.

Here is an example of a simple _update request that uses Painless scripting to produce a new field for a document in the cars index:

The cURL version of the _update request: 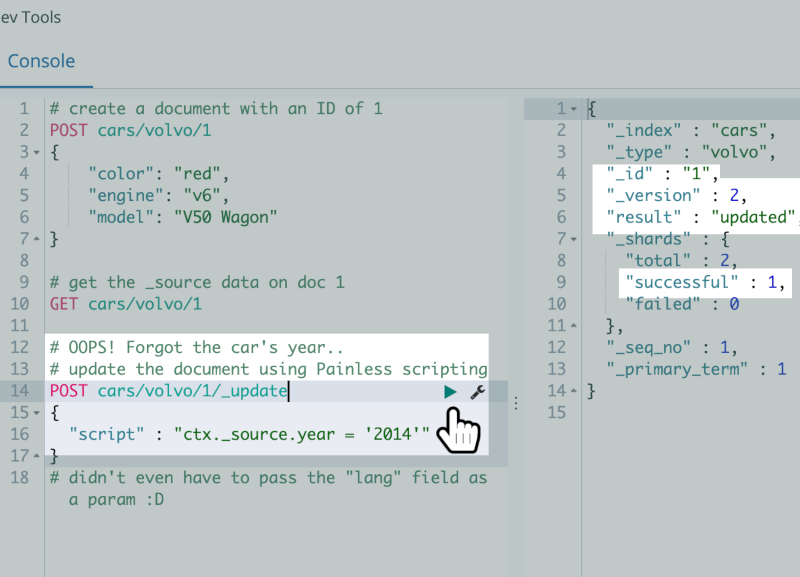 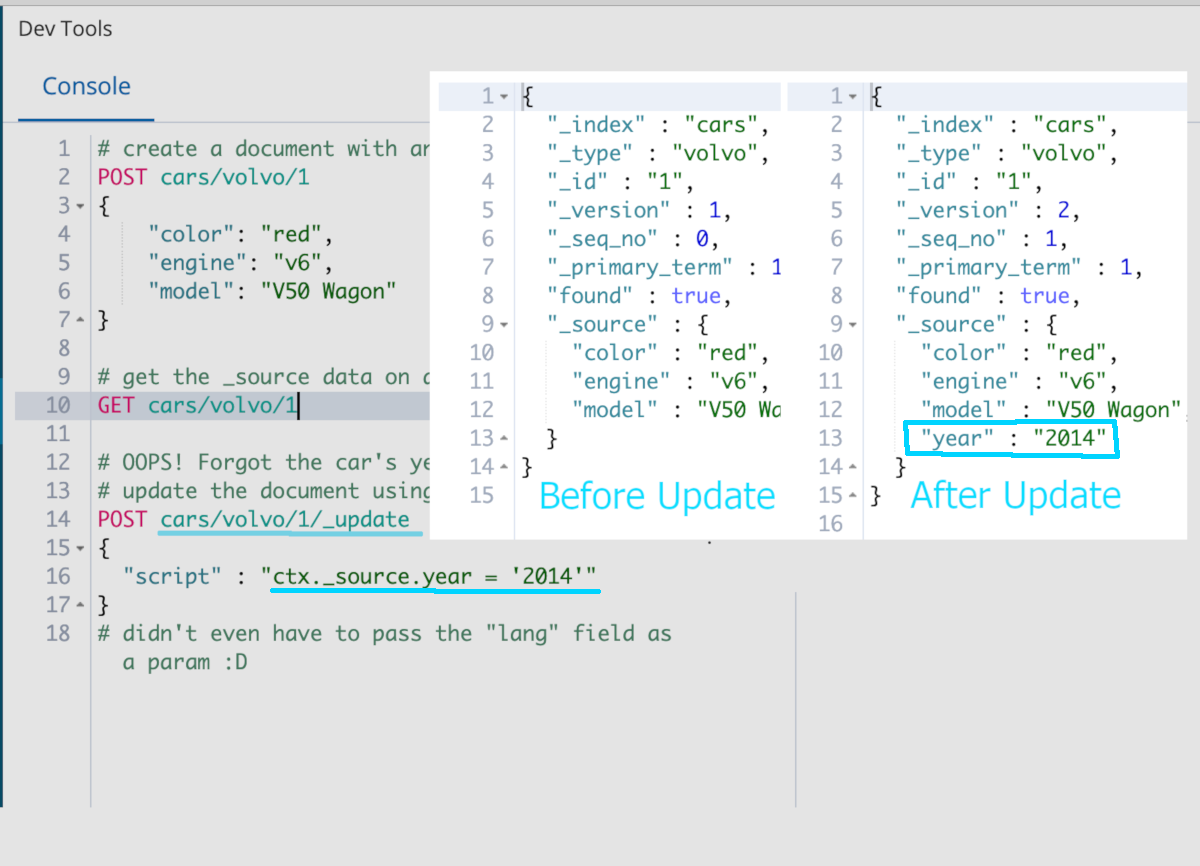 Alternatively, you can use cURL in a terminal to obtain the JSON response of the document:

How to Remove a "_Source" Field using a Painless Script:

In this tutorial you learned how easy it is to use the scripting module to change or update a document in Elasticsearch. You learned the basic Elasticsearch scripting concepts, ways to invoke scripts, the languages that scripts can be written in and some basic scripting examples.

Remember that Painless is the default scripting language and was designed specifically for use with Elasticsearch. Painless scripts run faster and are safer than alternatives and extends the Java syntax with a subset of Groovy. The Painless scripting module can safely be used anywhere that scripts can be utilized in Elasticsearch. Once you have learned the basic concepts of using the scripting module to update a document you will be able to move on to more advance functions.