Written by Data Pilot
January 30, 2020
Subscribe
Like
Have a Database Problem? Speak with an Expert for Free
Get Started >>

For users who don’t want to use the Kibana GUI, cURL is required to submit requests to the Elasticsearch cluster. Execute the curl -V command in a Linux or MacOS terminal to confirm cURL is installed and obtain its version number.

Install cURL on a MacOS using the following Homebrew command:

Ruby can also be used to install cURL with the following command:

The repositories should always be update, using the following command, before any packages are installed on Ubuntu:

While most current distros of Linux come with cURL pre-installed, the APT repository can be used to install the cURL library, if needed, with the following command:

Newer versions of Elasticsearch are bundled with its own OpenJDK, the open-source alternative to Oracle’s Java Development Kit. However, a customized Java installation may also be used. To confirm Java has been installed, execute the java --version or update-java-alternatives -l commands to obtain information about the Java and JDK installations.

Install Java on macOS or Windows

Oracle has an interactive Java installer for both Windows and MacOS, but using it now requires creating an account and signing in before being allowed to execute downloads.

However, OpenJDK does allow useres to download and install binaries for all operating systems without having to create an account.

The following example uses the APT-GET repository to install OpenJDK 11 on a Debian-based flavor of Linux, such as Ubuntu or Linux Mint:

The Java runtime environment can be installed on Ubuntu with the following command:

Skip this section if Elasticsearch is already installed. If not, execute the below instructions to install Elasticsearch on the dev computer or server. The interactive MSI installer for Elasticsearch can be used to download the program on Windows machine.

Execute the following brew command to “tap” the elastic Homebrew repository for Elasticsearch:

Once the brew tap elastic/tap command has been executed, use the following brew install command to install Elasticsearch on Mac:

Once that function has completed, execute the following elasticsearch command to start the cluster as a foreground service in a terminal window:

The result should resemble the following screenshot: 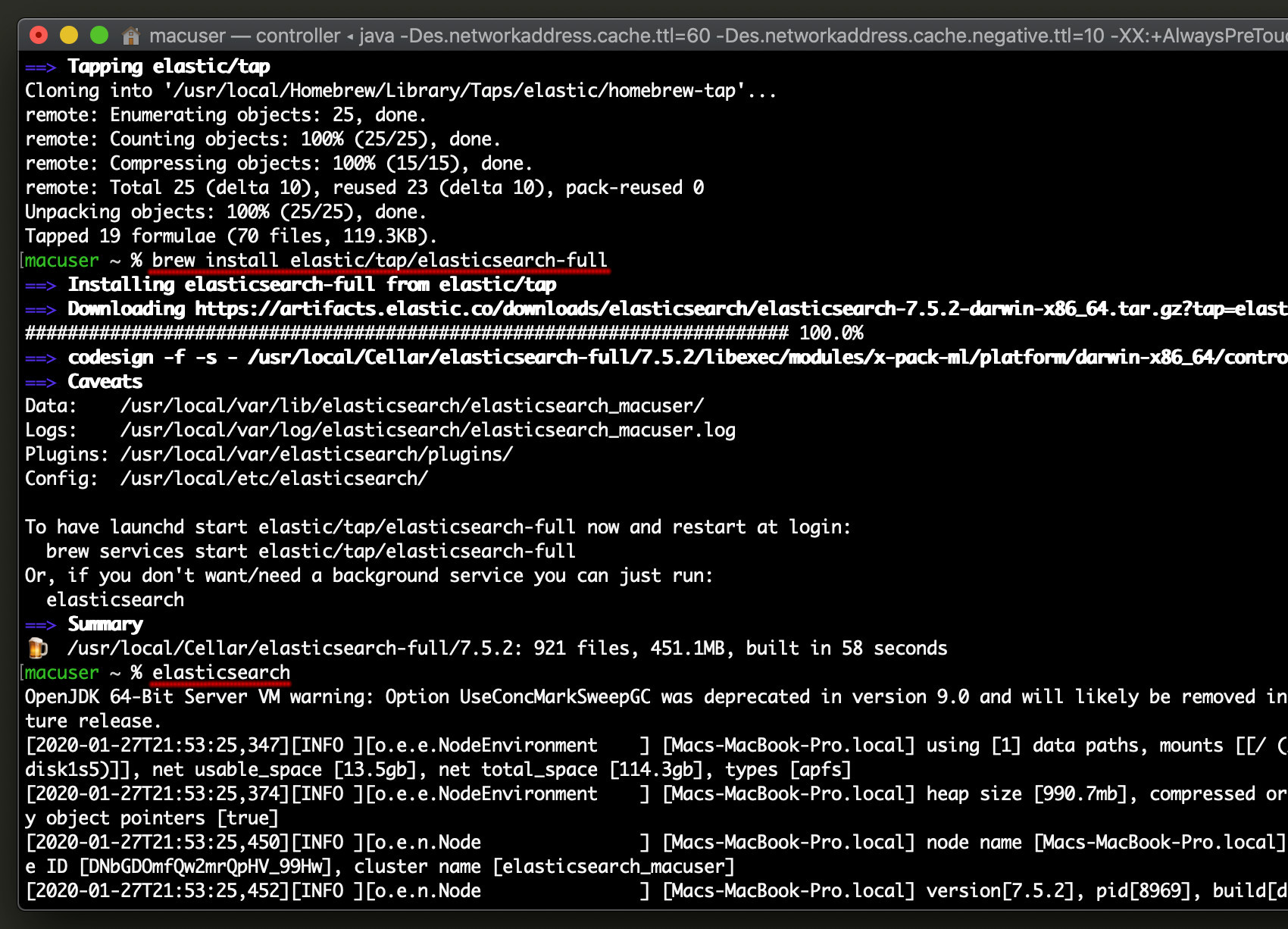 With Elasticsearch installed and the cluster working properly, execute the curl localhost:9200 command in a terminal or command-prompt window to obtain a JSON response that should resemble following:

Note that the above JSON response contains vital information about the Elasticsearch installation and cluster.

Use Elasticsearch to create an index

cURL can also be used to make an HTTP PUT request to create a new index. The following request instructs the cluster to create the new_index:

NOTE: The ?pretty=true or ?pretty option will have Elasticsearch format the JSON response into a more readable form.

The results should resemble the following image: 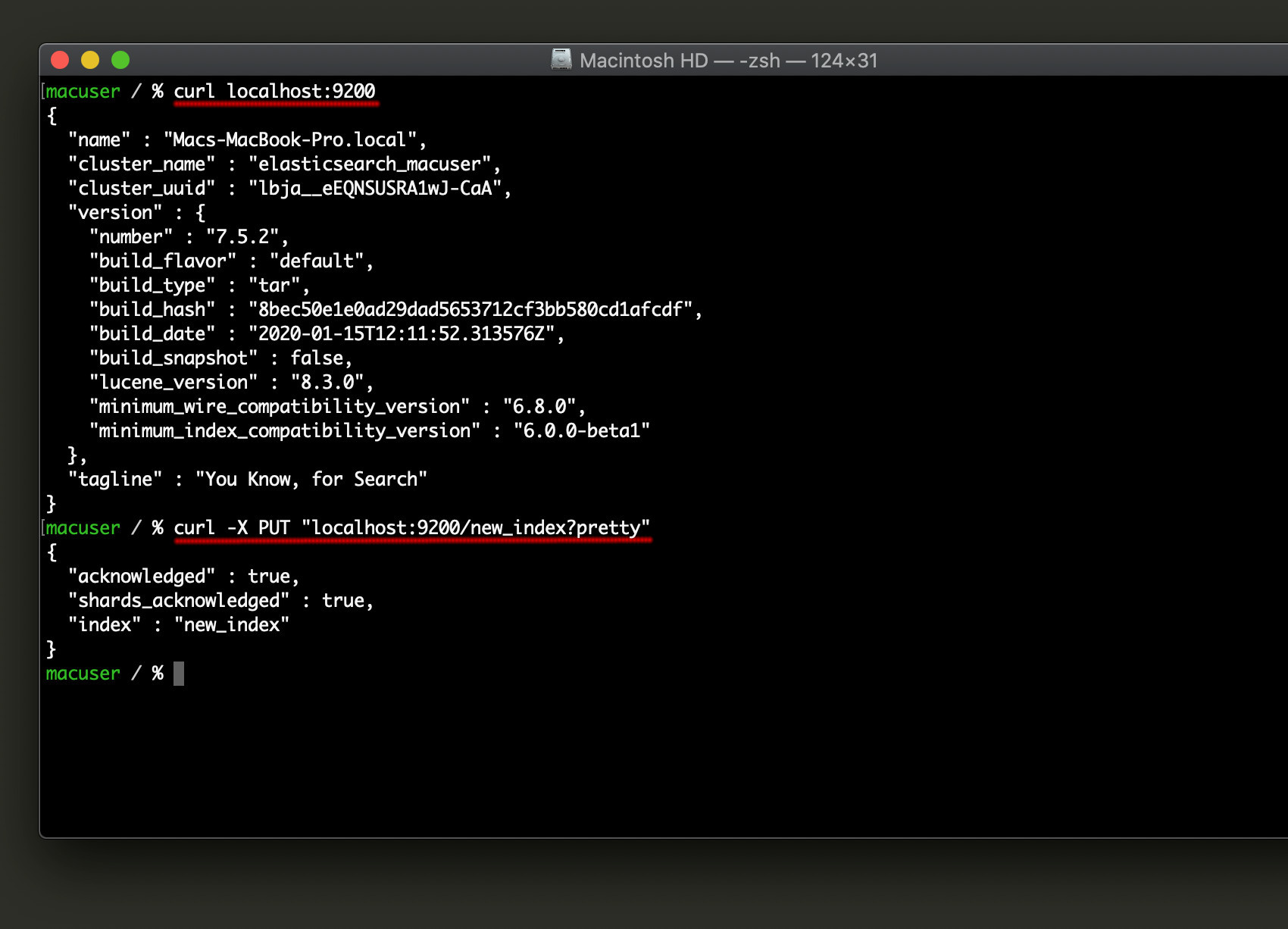 A HTTP request, that points to /_cat/indices/ in the request header’s URL, is needed to obtain the Elasticsearch cluster’s indices.

Execute the following cURL request to return a list of all of the Elasticsearch indexes:

Alternatively, use the following -v (verbose) option to obtain a more detailed response that will also contain the names of the indexes:

It should be noted that the above requests should return an HTTP response of 200 OK along with a list of the name, health status and UUID of each index.

NOTE: The request should also return all of the cluster’s built-in default indexes, such as .kibana. The use of the -X option is often unnecessary in newer versions of cURL.

If there is a web-based Kibana user interface installed and running, the same results can be obtained by navigating to http://localhost:5601/ in a browser tab and executing the following request in the “Dev Tools” console:

As with the terminal-based cURL requests, Kibana should return the status, name and UUID for each index. 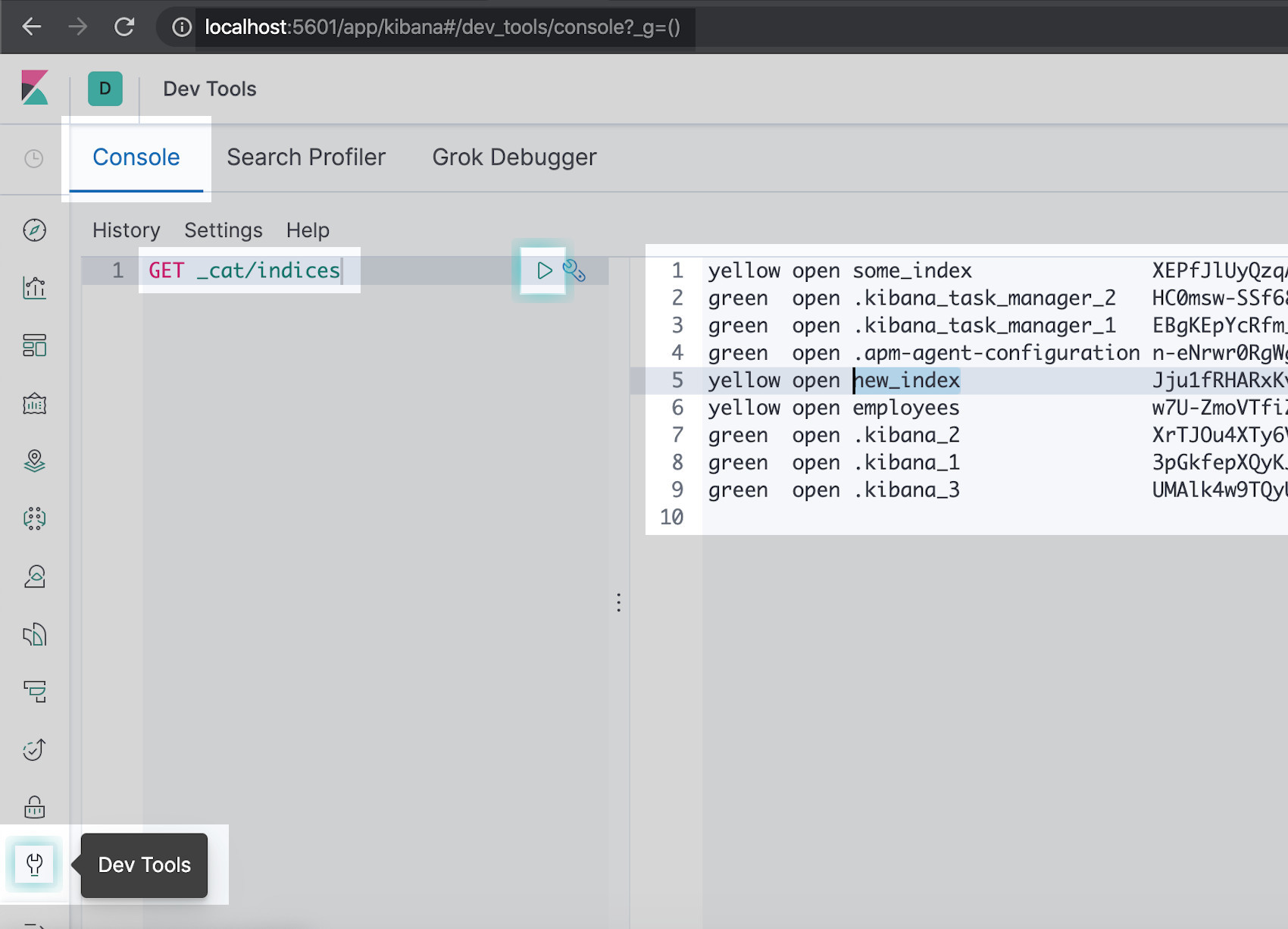 To confirm a specific index exists, just pass the index name to the cluster’s domain and port URL in the request header as shown in the following example:

The command should return a combination of an HTTP and JSON response that resembles the following: 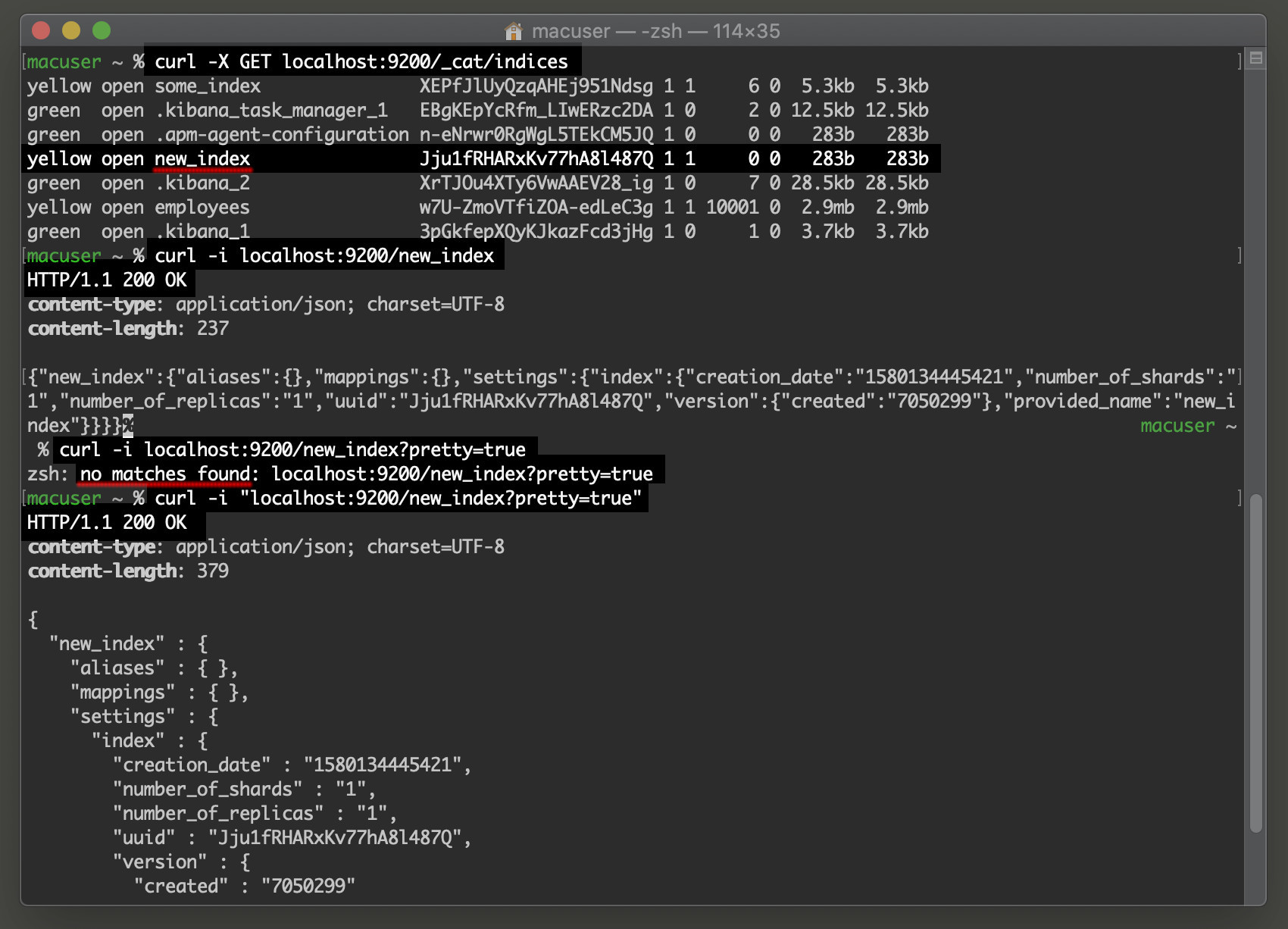 NOTE: The request URL must be enclosed in quotation marks whenever using options like ?pretty. However, the same GET request can be executed in Kibana using GET new_index. Here it is not necessary to use the ?pretty option in the Kibana request as the UI automatically formats the JSON responses.