Before proceeding with the steps outlined in this tutorial, there’s one key prerequisite that you’ll need to have in place: You’ll need a stable and supported version of Docker in order to create an Elasticsearch image using Dockerfile.

Install Docker on your dev machine

Let’s begin by making sure that the Docker Engine is installed. To check your Docker Engine version, use the following command in a terminal or command prompt: docker --version.

You’ll need to pull a stable version of the Elasticsearch Docker image if you’re planning to spin up a container from Elastic.

Use the command shown below to pull the Elastic Team’s official Elasticsearch image:

Be patient– it can take a few minutes to download the image. 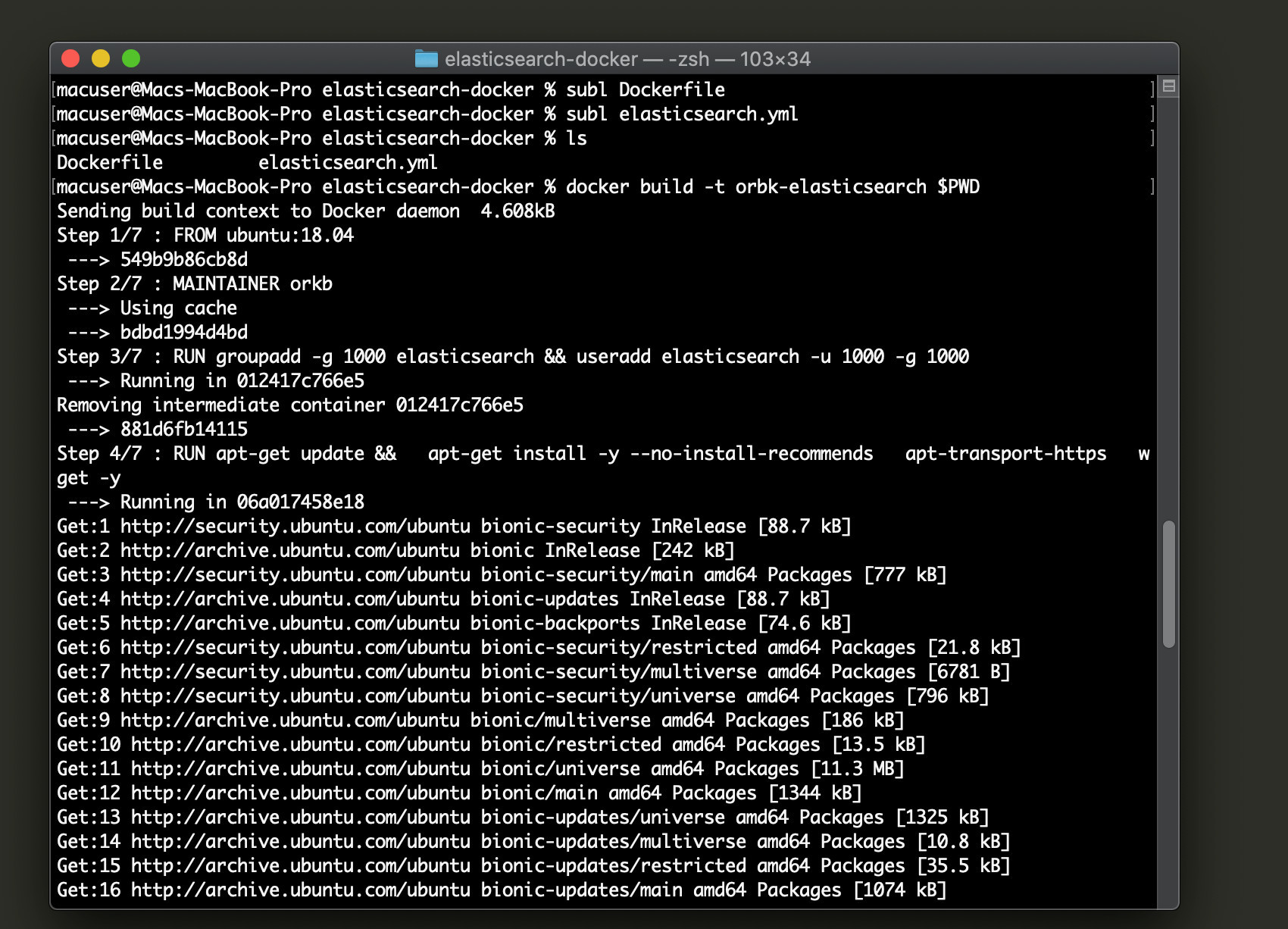 You may get an error stating manifest unknown or latest not found when you try to pull the latest Elasticsearch image from Docker Hub.

To get around this, you can specify an image version. In the example below, we specify that we’d like to get v7.5 of Elasticsearch:

It’s a good idea to specify a precise image version anyways since it helps to keep your containers less prone to error. 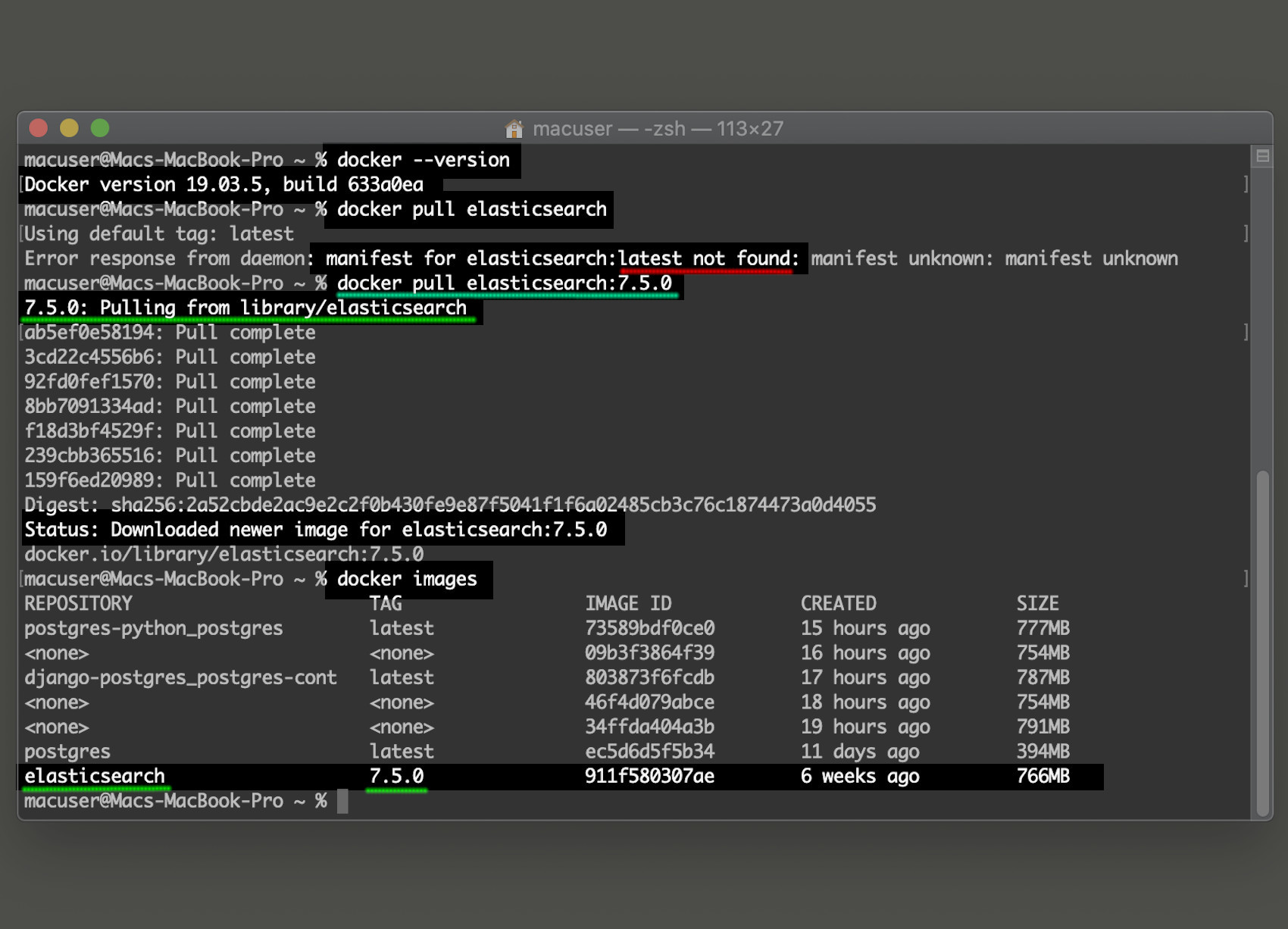 Set up a Docker project directory

When you’re working with Elasticsearch and Dockerfile, you can make a number of different configuration changes using YAML. The following YAML commands are show just some of the things you can modify for your Elasticsearch cluster running in Docker:

There are multiple ways you can build an Elasticsearch image in Dockerfile. In the following example, the Ubuntu image uses wget to download a DEB package of the Elasticsearch service:

NOTE: Be sure to run the apt-get update and apt-get install commands in the same line, as shown in the example above. If you don’t do this, it will get cached and won’t update every time.

To install the DEB package downloaded by the Dockerfile command shown above, use the following docker run command when you spin up a container from the image:

Alternatively, you can simply pull from the Elasticsearch image itself and then copy your configuration file into the container. The following example shows how to do this:

NOTE: Docker only allows you to pull from one image per Dockerfile, so be sure not to use multiple FROM commands. If you do attempt to pull multiple images using FROM, it will just build an image using the last command and ignore any previous ones.

Build an Elasticsearch image from Dockerfile

Once you’ve created and edited your Dockerfile, you can use the docker build command to build your custom Docker image from the Dockerfile:

NOTE: Make sure to use the -t option in order to give the image a name. The $PWD command tells Docker to find the Dockerfile instructions in the present working directory.

Once the building process is complete, you can use the docker ps -a command– you’ll notice that no containers are running yet. This is because only the image has been created so far. You’ll need to use the docker run command to create a container from the image.

Spin up an Elasticsearch container

You can use the following command to run the orbk-elasticsearch Docker image that was created earlier:

You can also use the -p option to expose the default Elasticsearch port of 9200. Here’s an example of how to use this option: 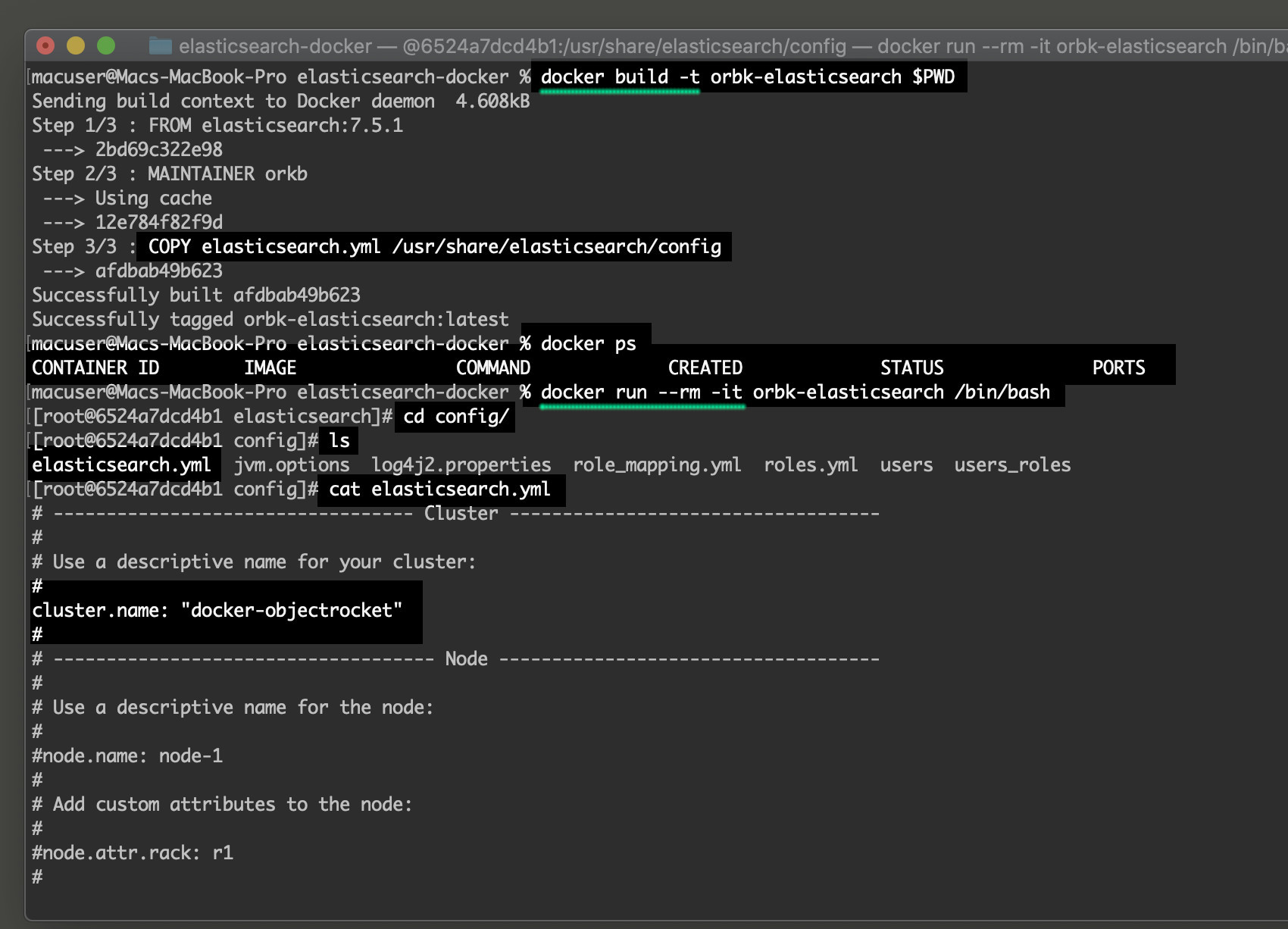