One useful feature of Python is its built-in os and glob libraries that allow you to get files in a directory and read their content. This article will show you how to use Python to index files and their content, found using glob, in order to index the data in an Elasticsearch index.

Let’s jump straight in and learn how to use Python to index files into Elasticsearch, specifically indexing all files in a directory.

We recommend that you use Python 3.4 or newer since Python 2.7 is now deprecated and losing much of its support by 2020. Use the following commands to check if Python 3, and its PIP package manager, are installed:

Once PIP3 is installed you can use it to install the elasticsearch low-level Python client for Elasticsearch by invoking its install command: Create some files in a directory to index into Elasticsearch

Create a directory (use the mkdir command in a UNIX-based terminal) at the same location that the Python script will be run, and put some files, with some text in them, into that directory. The code in this article is designed to “crawl” a specific directory for files and it will put each file’s respective content and metadata into an Elasticsearch document’s _source field.

Go into the directory (using the cd command) and use the touch command to create a file, or use a terminal-based editor (like nano or gedit) to create some text files or coding script, and put some content into them. 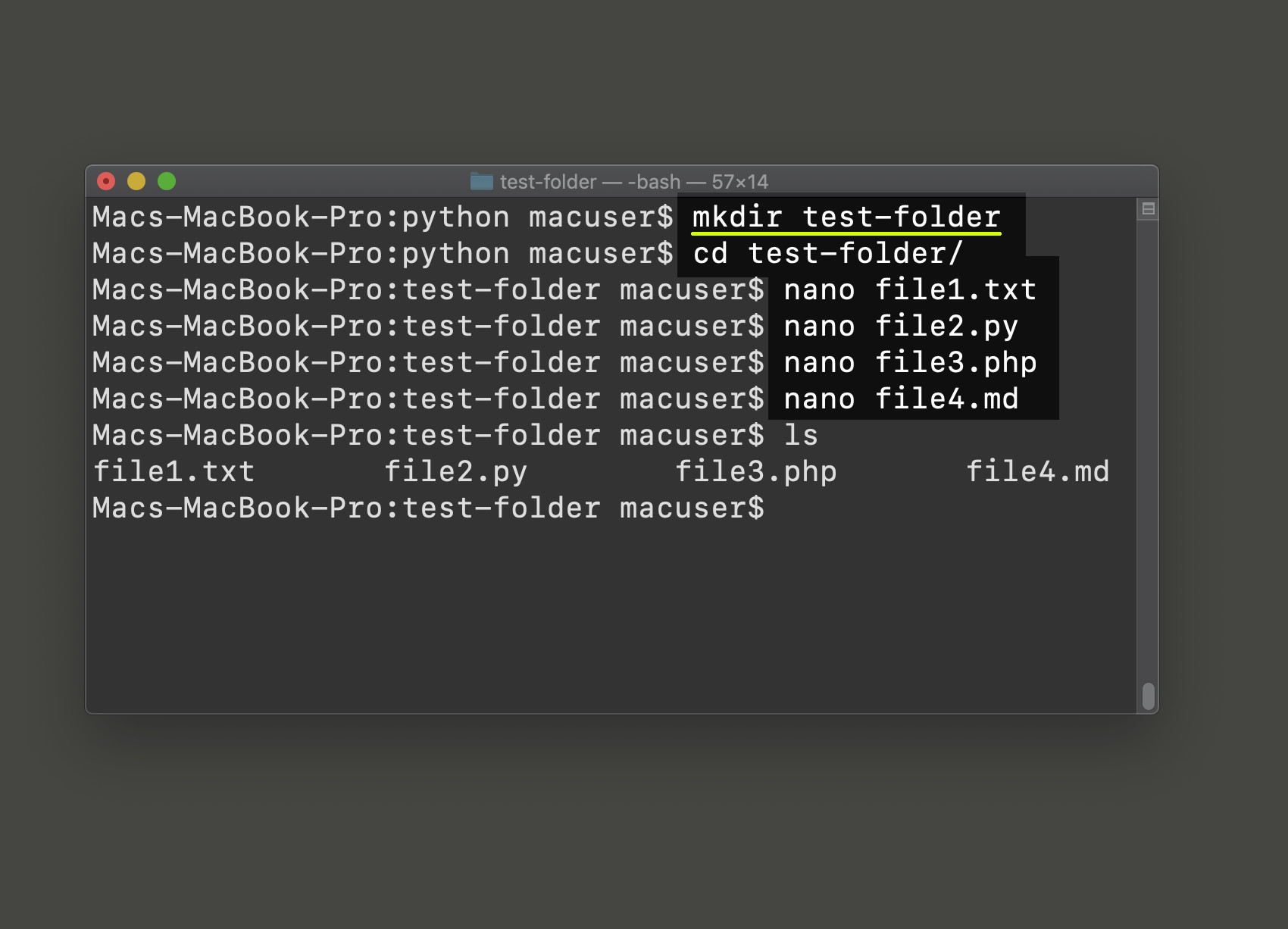 Either go back into the root directory from earlier (with cd .., or cd.. if you’re using Windows) and create a Python script:

Import Elasticsearch and the Python libraries needed to open files

Create an instance of the Elasticsearch low-level Python client

After you’ve imported the libraries you can declare an instance of the Elasticsearch() client by passing your cluster’s domain and port string to the method library and it should return a elasticsearch.client.Elasticsearch object that will allow you to make RESTful API calls to the cluster.

The following code allows you to connect to the Elasticsearch cluster, running on the default port of 9200, in a local web server: Get the correct ‘slash’ for your operating system

Windows file systems use backslashes whereas Linux, macOS, and all other operating systems use a forward slashes (/). In order to make this Python script operating system “agnostic” you will need to tell Python which slash to use based on the OS running the script.

Python’s os library has a name attribute that returns a string label for the file system type. Both Linux and macOS should return "posix" when you access that attribute.

The following code uses the os.name string to figure out which slash to use:

NOTE: Python’s chr() function returns a character string based on the integer value passed to it, and 92 is the ASCII table number for a backslash character.

Define a function that returns the current directory path

The following code will define a Python function that returns a string of the absolute directory path for the current directory of Python script:

Define a function that returns the file names in a directory

Python’s glob library can be used to crawl for files. The following code defines a Python function that looks for all the files in a specific directory:

NOTE: The wildcard string *.* is appended to the end of the path so that it will find all files. If you’d like to only index a specific type of file then just change that part of the code to *. plus the file extension (e.g. *.php for PHP files).

If no parameter is passed to the function it will search the current directory by default.

Define a function that returns the content of a file

The last function you must define will get all of the contents in the file, line-by-line, and put them in a list.

Sometimes Python will return an encoding error while using the open() method to get data in a file. The code in this function passes an 'ignore' string to the os.open() function’s errors parameter in order to ignore characters with ASCII encoding errors:

Get all of the file names in the directory

The last step is to call the functions to get all of the data. Pass a directory path (relative to the script) to the get_files_in_dir() function call to have it return all of the file names in a Python list object.

Here’s some example code that calls the function to get all of the files in a directory, relative to the Python script, called test-folder, and then prints the total document count:

Make sure to save the code in the Python script and then run it, from the same directory, using the python3 command: