Before we attempt to make any curl requests in Python, it’s important to make sure certain prerequisites are in place. For this task, a few key system requirements include:

Install the Python modules for Elasticsearch and Requests

If you don’t already have the elasticsearch and requests modules installed, you’ll need to use Python’s PIP package manager to install them before proceeding:

If you’re running Python 2, simply use pip to install them:

Once the necessary modules have been installed, create a directory if you haven’t done so already. You’ll also need to create a Python script that will be used to make the cURL requests. You can name them whatever you want, but our example will feature a directory named elastic-python and a script named curl_python.py:

Set up the Python script and import the Elasticsearch and Requests libraries:

Now it’s time to edit the Python script that you’ve just created. You can do this using the terminal-based text editor nano:

At the beginning of the script, you can add the line shown below to guide the system’s interpreter to the correct Python $PATH:

Next, we’ll import a few Python libraries needed to make the requests:

If you’d like to debug the cURL requests made to Elasticsearch, you can use the http.client module (or httplib in Python 2). This module returns useful information about cURL requests, such as the header used and the HTTP response code from the request:

The basic structure of a Requests call to Elasticsearch

Before we look at the next section of code, let’s take a moment to discuss the basic structure of a requests call to Elasticsearch. The method called from the Python requests class will depend on which HTTP verb is used. For example, you can make a GET request by calling requests.get() and a POST request by calling the requests.post() method, and so on.

After adding the code shown above, save the script, and then execute it in a terminal using the command python3 (if the elasticsearch module was installed using pip3), or the python command for Python 2:

NOTE: For Python 2 use: python curl_python.py

Running the script will produce the same result as making the following cURL request:

Print the HTTP response from the Requests call:

With just a few more lines of code in your script, you can print out the HTTP response returned from the Elasticsearch cluster:

Save the script again after adding this code, and run it in a terminal a second time. The response you receive should return information about the Elasticsearch cluster’s indices: 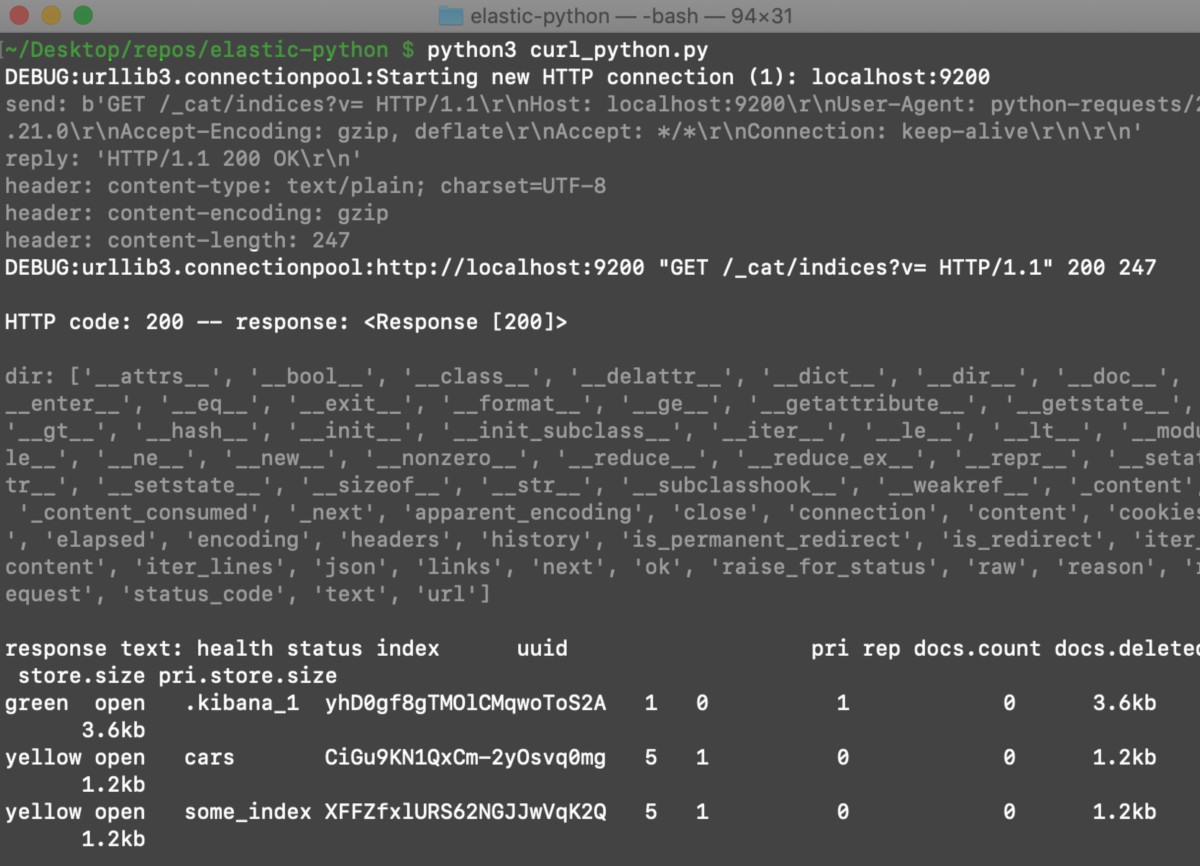 Create a Python function that makes cURL requests to Elasticsearch

Now that we understand the basics of the requests library, we can use it to create a function that’s designed with Elasticsearch in mind.

Avoid getting a 406 Content-Type error:

In the Python request class, you can pass this header option as a parameter called header when making a request:

406 Content-Type error after making a query request to Elasticsearch that’s missing content-type:application/json in the request’s header:

Here, we define a function to simplify calls made to the Requests class for Elasticsearch cURL requests. To be safe, the default HTTP verb is GET to avoid making unwanted changes to the Elasticsearch cluster:

This function breaks down all of the method calls for the request class and streamlines it in one call that uses more simplified parameters.

Here are a few examples that call the function to make cURL requests to the Elasticsearch cluster: 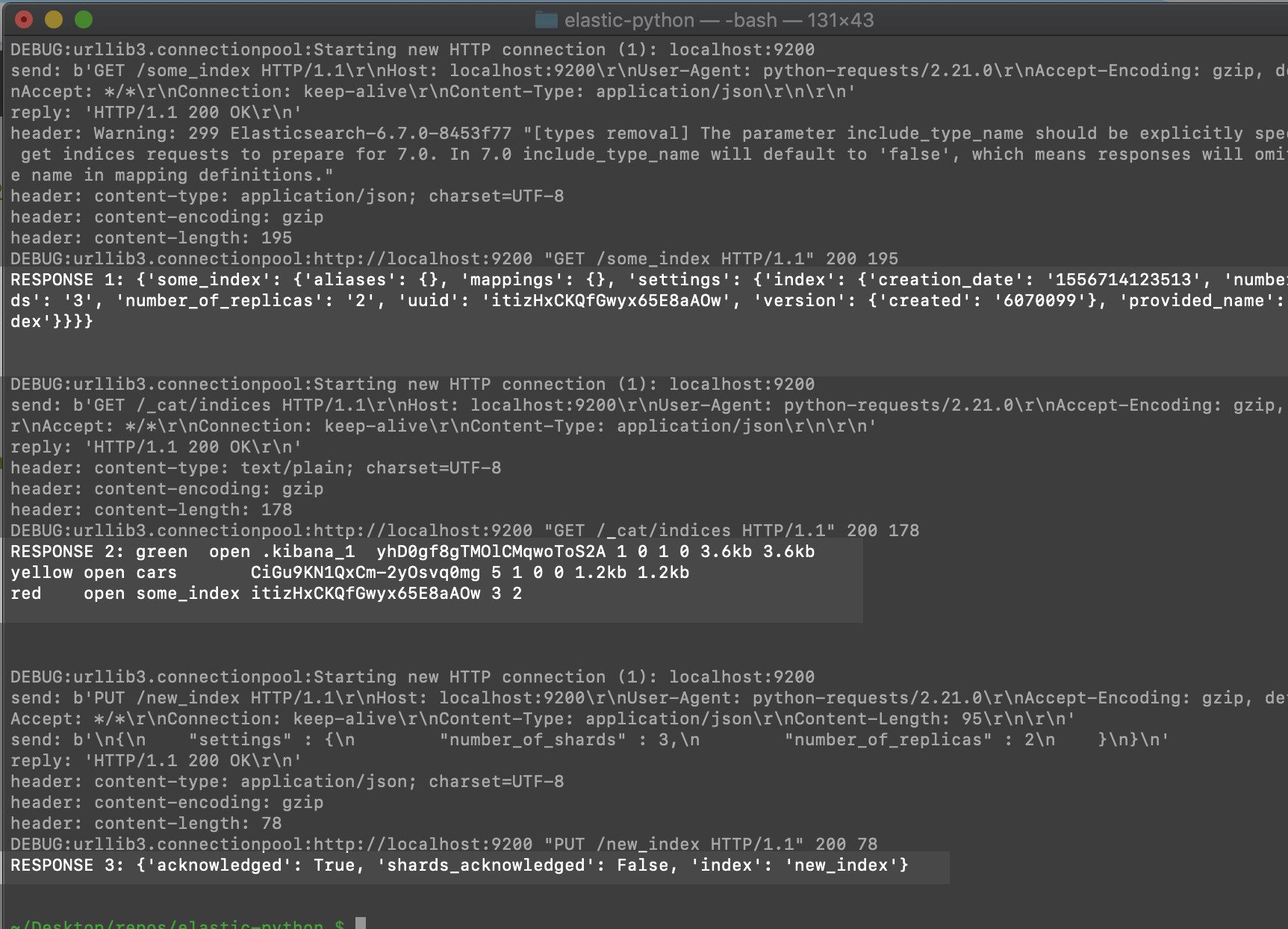 In this article, we looked at the example code one section at a time. Here’s the complete Python script, which includes the elasticsearch_curl() function, for making cURL requests to Elasticsearch: