Written by Data Pilot
July 12, 2019
Subscribe
Like
Have a Database Problem? Speak with an Expert for Free
Get Started >>

How to Import the Required Golang Packages for Indexing Elasticsearch Documents

Declare package main at the top of the script and then import all of the necessary Golang packages for indexing Elasticsearch documents from a JSON file with the following commands:

Make sure there is a JSON file in the same directory as the $GOPATH, the Go project and this Go script. The _bulk API requires the file to have a .json file extension and the documents be in a valid JSON format.

NOTE: Omitting the "_id" field will result in Elasticsearch dynamically generating an alpha-numeric _id for the document at the time of indexing.

The sample Elasticsearch documents used for this tutorial are as follows:

Use the following command to declare the main() function and use the os package’s Open() method to have Golang return the raw string data from the JSON file:

Make sure to use the defer statement and call the JSON file’s Close() method after all of the operations are complete to free up the memory used by the JSON file.

Pass the raw JSON string data to the ioutil.ReadAll() method and have it return a byte slice []uint8 of the JSON document data that will be used in executing the HTTP request as follows:

NOTE: If using Elasticsearch 6.0 or later, then the request’s header’s Content-Type (using the request object’s Header.Set() method) must be set or else Elasticsearch will return a 406 HTTP response.

Execute the following command to instantiate a client instance of the Golang HTTP package library and obtain the Elasticsearch HTTP response by passing the request to the Do() method:

The ioutil.ReadAll() method call will return a byte slice of Elasticsearch’s response to the index API request. The slice can be explicitly typecast as a string by passing it to string() with the following script:

Finally, make sure to print out the response. If the index call was a success Elasticsearch should return a successful JSON response with "result" : "created" nested in the JSON object, as show here: 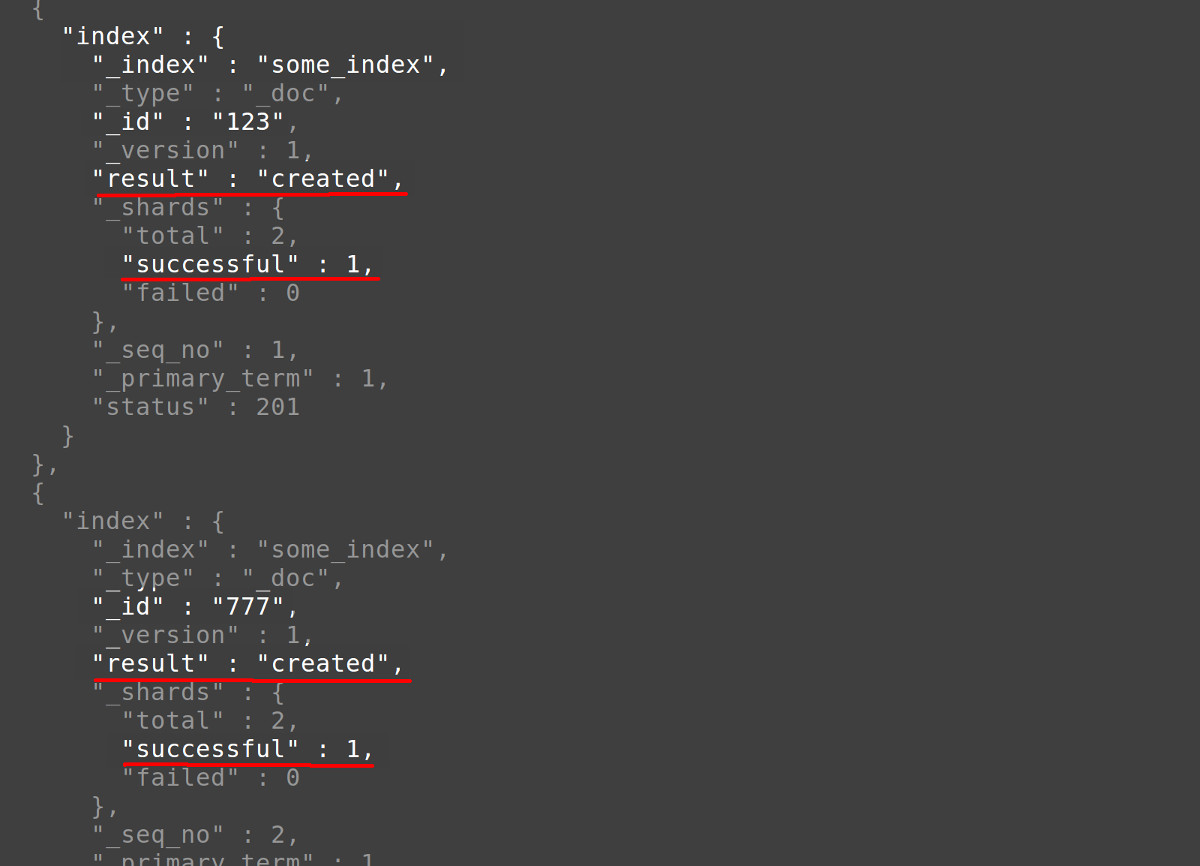