How to use the Get API in Elasticsearch

The Elastic’s Get API library has the power to return an index’s data after you make a GET request to a cluster in Elasticsearch. There are two ways to accomplish this. Either use the Kibana Console User Interface (UI) or the cURL library to do it.

GET requests enable you to return document data in an Elasticsearch cluster fast. This step-by-step tutorial on how to use Elastic’s Get API by making cURL requests to return JSON data about an Elasticsearch index and its documents will show you exactly how to do it.

Network Statistics netstat verifies active services. Use it to check the ports to determine if Kibana and Elasticsearch are running.

Here’s an example showing both Kibana and Elasticsearch are running on the servers. 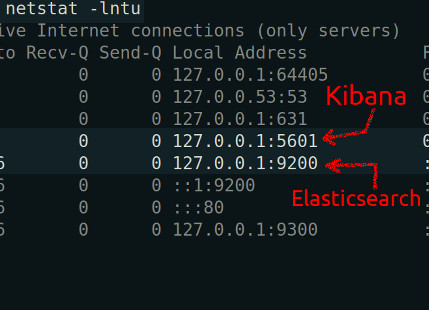 It’s easy to create an Index in Elasticsearch

Use the Kibana Console UI to create an Elasticsearch Index

Next, look at the right panel of the Kibana UI. It worked if the JSON response returns "acknowledged". 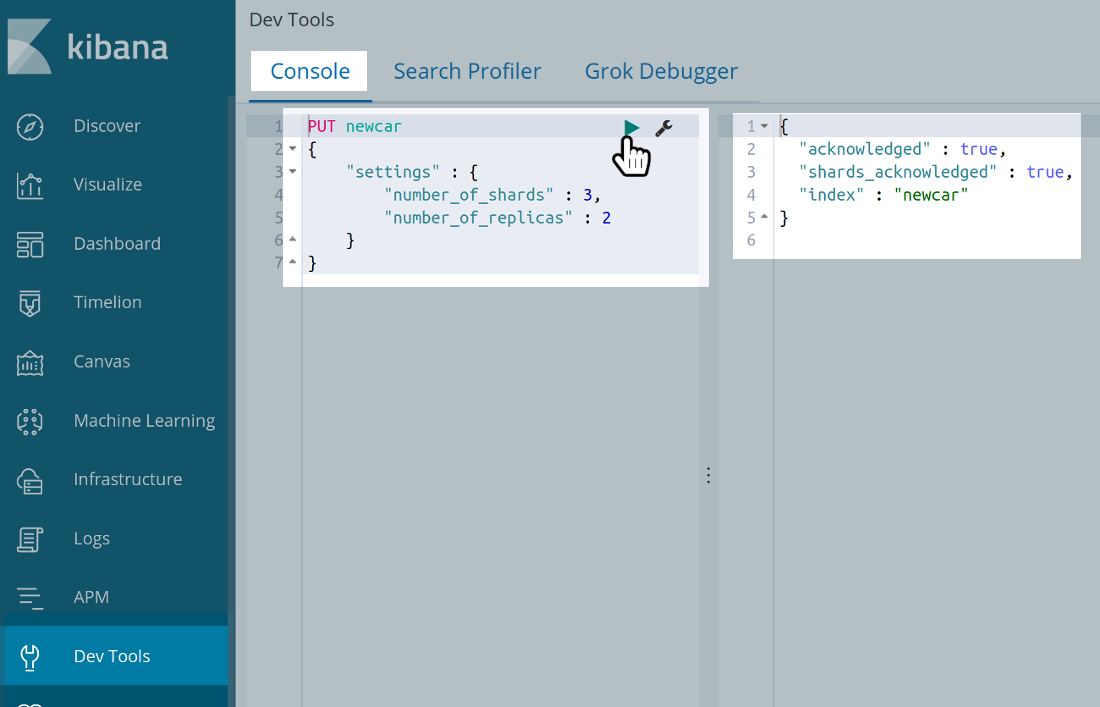 Use cURL to Create an Index in Elasticsearch

To start making cURL requests in elasticsearch and create an index in Elasticsearch, you’ll need to do these three things.

This is what the cURL version request in Kibana looks like:

Trying to create an Elasticsearch Index and receiving a resource_already_exists_exception

Put documents in an Index in Elasticsearch using cURL

NOTE: Starting with Elastic Stack version 6.0, all cURL requests with JSON content body objects must be specified explicitly. They must have an option -H 'Content-Type: application/json in the header. Otherwise, it will return with a 406 Content-Type header error response.

An example of the 406 Content Type header error is below. Type the command curl --help for assistance with header errors.

Learn more about how the Get API works

Unless you change the state of the document or index in an Elasticsearch cluster with a POST or PUT request, the HTTP GET method results should be the same every time.

An Example of Using a GET Request in Elasticsearch

Use the Kibana Console UI and pass GET to get a JSON document from the index. Reference Arguments "_id" of 2

Look for the "found" field. The JSON object body shows true next to the"found" field as the booleen value in this example. That’s a good sign that you made the request correctly. 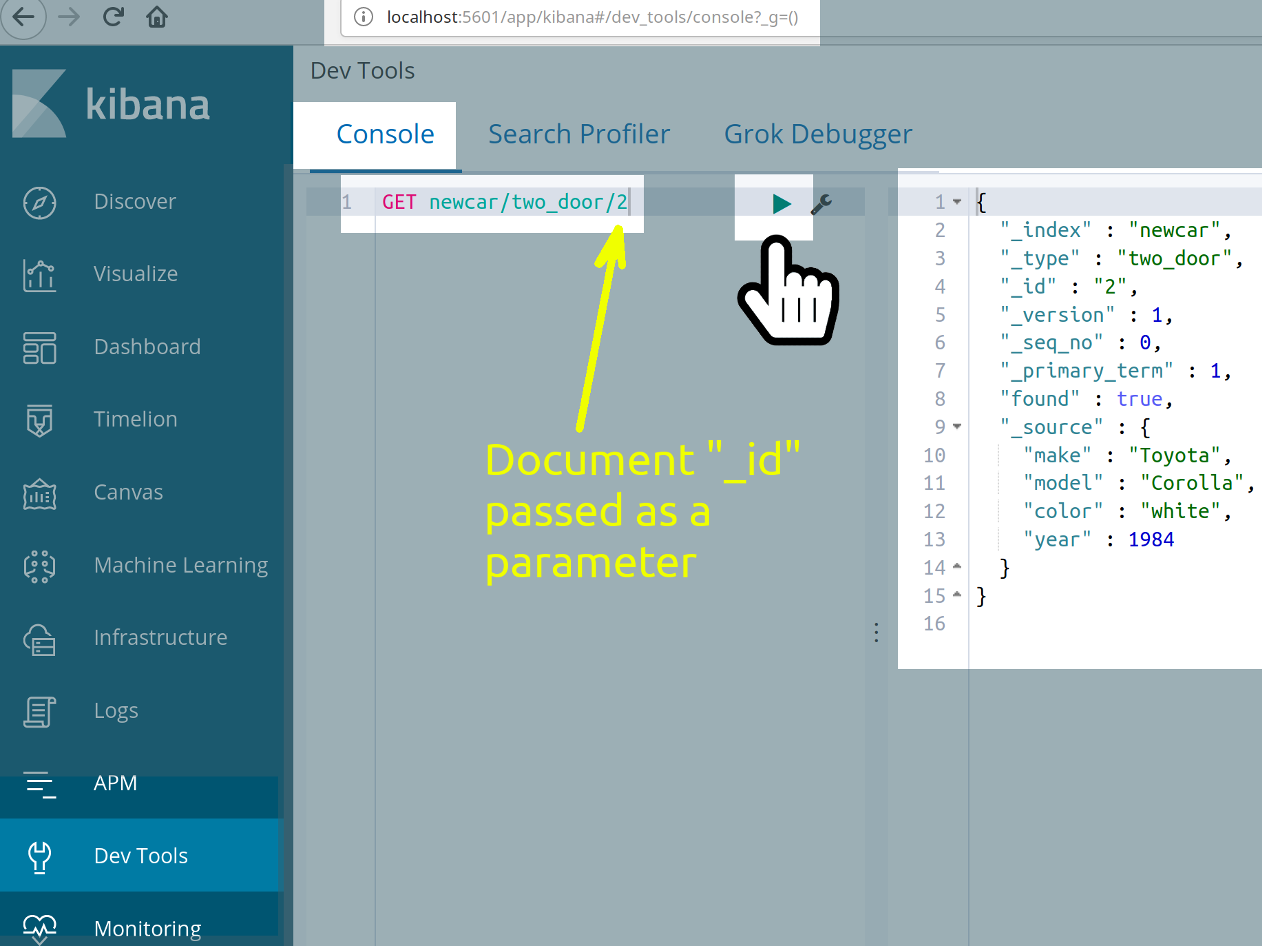 * Since there is a header but there isn’t a JSON object “body” in the example, you won’t need to pass the Content-Type header.

No need for quotation marks either.

..however, if you include quotation marks, it will make it easier for people to read.

Here’s how to just get a document’s _source data

This example shows an explicit option to get certain fields only. 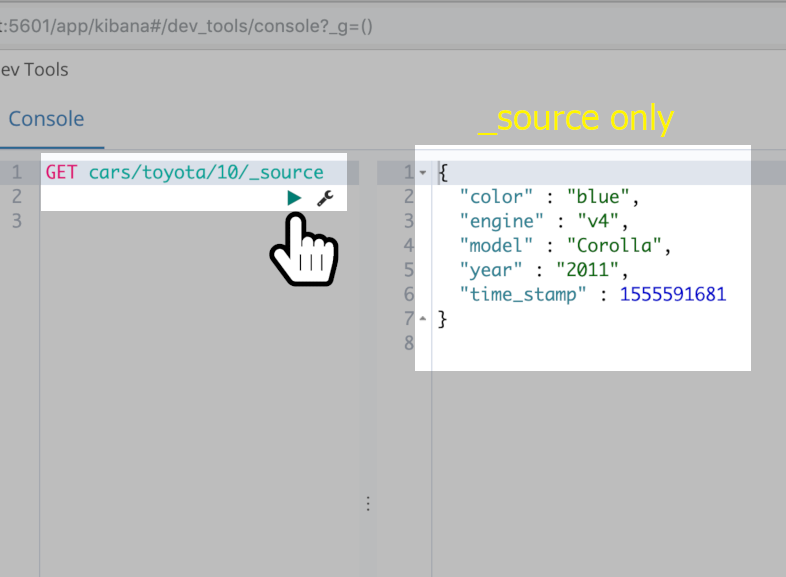 Making Get requests is the heart of data retrieval. You’ve learned in this tutorial the steps on how to create an index in Kibana Console UI and cURL. Next, you discovered covered how to use the ‘GET’ RESTful API to retrieve data from a JSON document in an Elastisearch index. You also found out how to address errors should they occur. This tutorial also showed you how to get only a document’s source data and how the Get API works in general. You can now use the Elasticsearch Get API library often, confidently, and effectively. For more information about the Get API, review Elastic’s official documentation.