This tutorial will explain how to use the Search and Scroll API feature for Python to scroll queries for all documents in an Elasticsearch index using the Python low-level client library. The Scroll API feature is a useful function for making document requests in smaller batches, such as in the case of indices with large documents or indices with high volumes of documents. Elasticsearch currently has a maximum limit of 10,000 documents that can be returned with a single request. 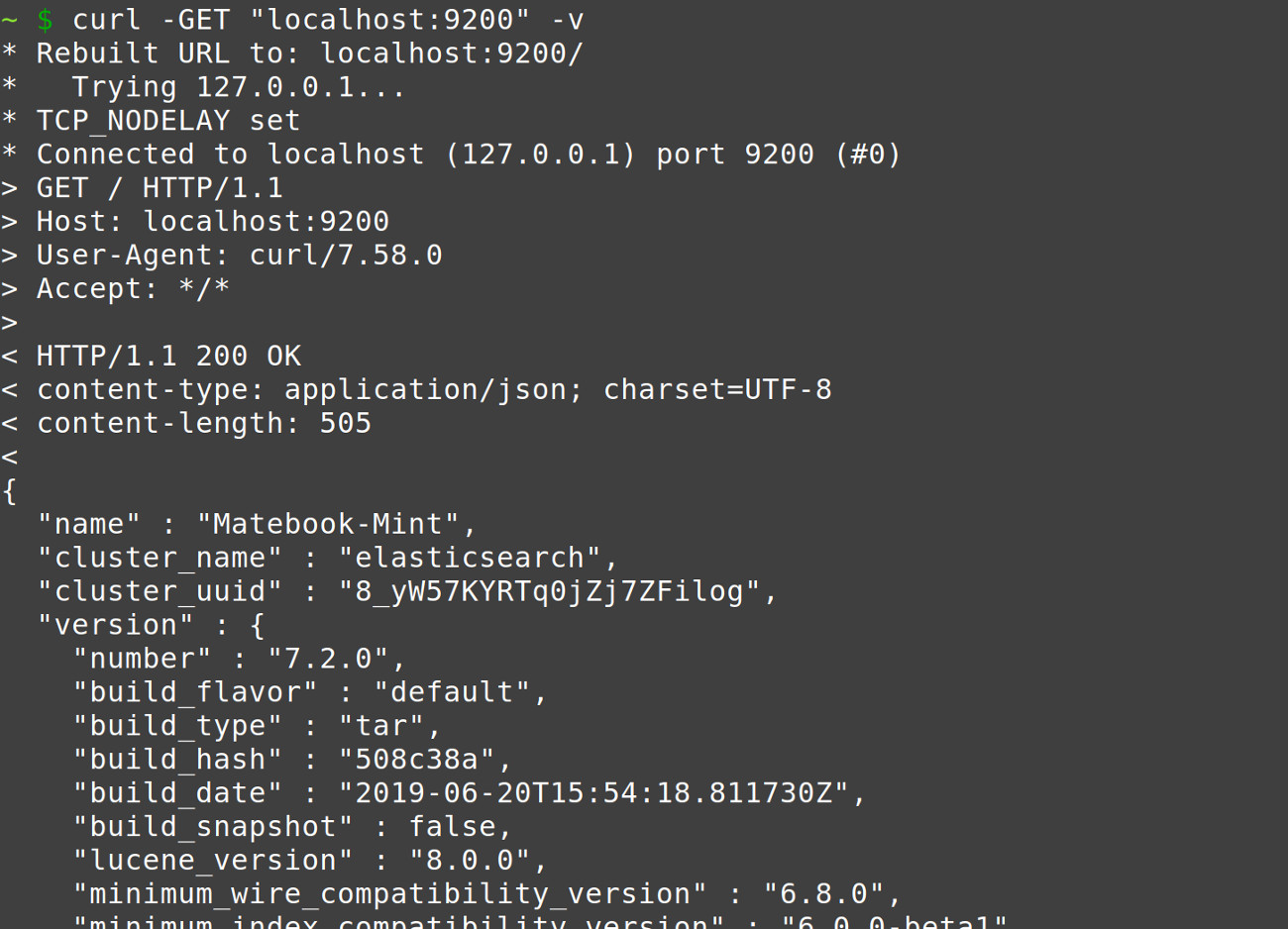 This tutorial will explain how to execute multiple API requests to retrieve Elasticsearch documents in batches. The following is an equivalent HTTP request in Kibana:

The above example request is designed to search for documents, for up to one second per “batch”, that match the query . More time must be allocated for each request as the complexity of the query increases. 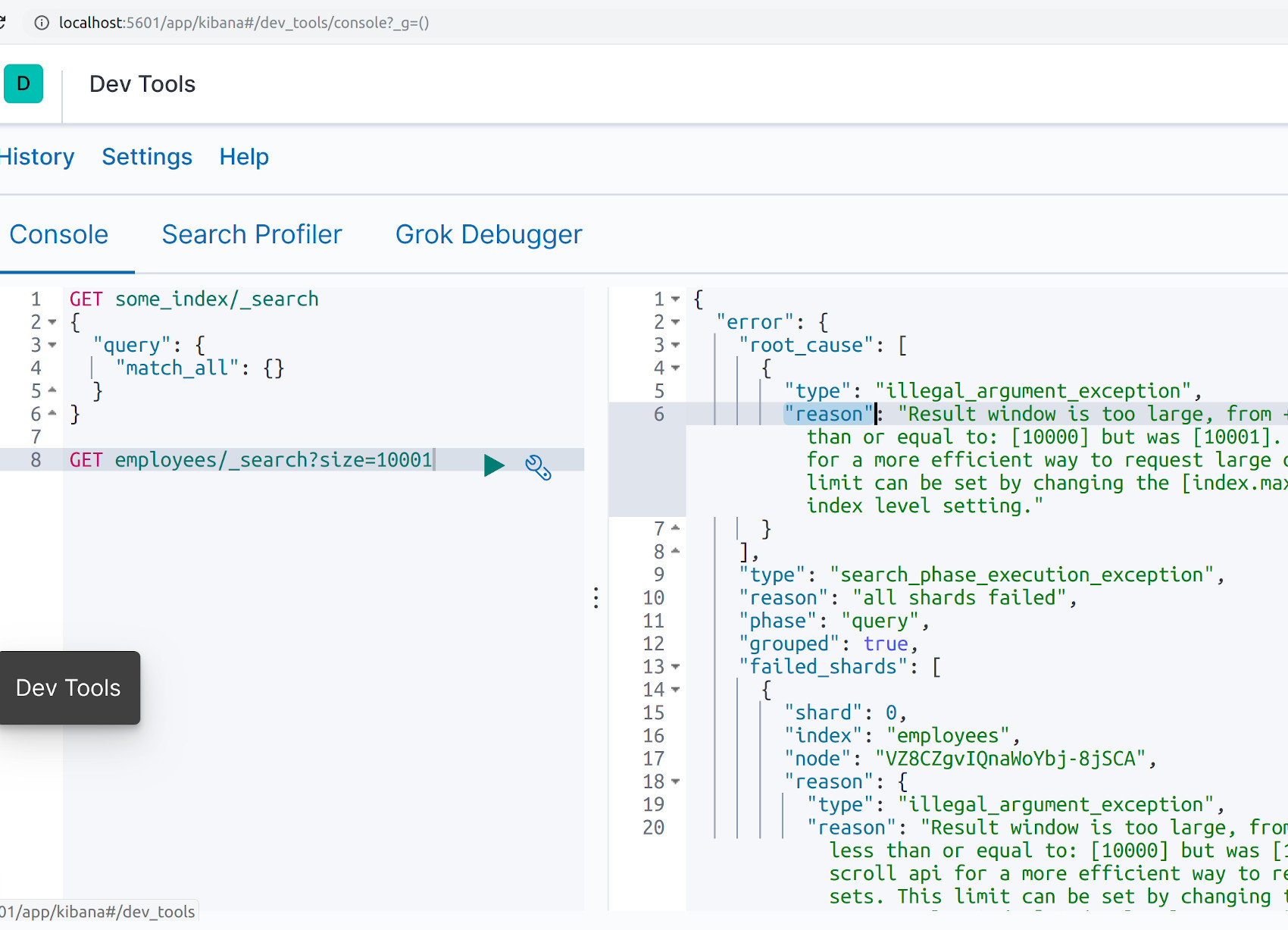 How to Import Libraries to Perform Query Requests to Elasticsearch

__NOTE:__ It is not absolutely necessary to import the json and time libraries. However, both these libraries will be used in this tutorial for formatting the JSON responses returned by Elasticsearch and for keeping track of the elapsed time for the API calls, respectively.

Connecting to Elasticsearch and Creating a Python Client Instance

Create a client instance of the low-level Python client library for Elasticsearch before making any Search or Scroll API requests.

The following code will create a timestamp of when the script starts and will declare the domain and port variables for the Elasticsearch() method libraries host parameter:

The following code shows how to concatenate the host variables into a domain string for the target Elasticsearch cluster and then declare a client instance of the Elasticsearch library:

Confirming there is a valid connection to Elasticsearch

Verify the connection to Elasticsearch is valid by calling the client’s info() method inside a try-except indentation block, as shown below. If there is no valid connection, the client instance will be given a value of None.

__NOTE:__ The above code will raise a ConnectionError exception and print the following response if either the host string is incorrect or the cluster isn’t running:

Provided the client is valid, all of the cluster’s indices can be obtained using the following API request:

Using the above example, the indices names will be returned as a list object of index string names. Use Python’s enumerate() function to iterate over each index to get their respective documents.

Getting a Search( ) Response from the Elasticsearch Client Instance

Passing a "match_all" filter query to the client’s search() method will return all of that index iterations documents.

A time string must be passed to the search() method’s scroll parameter to specify the length of time the search context is valid. This typically depends on the server’s CPU speed, its available memory, the size of the documents, etc.

As shown below, have the Search API return a response that will include a Scroll ID:

The following code will iterate over all of the Elasticsearch documents using the Scroll API function:

Another response can be obtained by passing the _scroll_id string to the client’s scroll() method to return all of the documents during each while loop iteration:

Checking for a new _scroll_id returned by Elasticsearch

Unless the requests take an exceptionally long time, or iterates through a large number of documents per scroll, the request shouldn’t generate a new _scroll_id. However, the code to check each new scroll iteration is as follows:

Print the IDs and "hits" returned by the scroll response by executing the following code:

__NOTE:__ Be certain to incrementally increase the doc_count counter to check how many documents were returned.

The following line of code will print the elapsed time by subtracting the start_time variable’s float value from the current time: 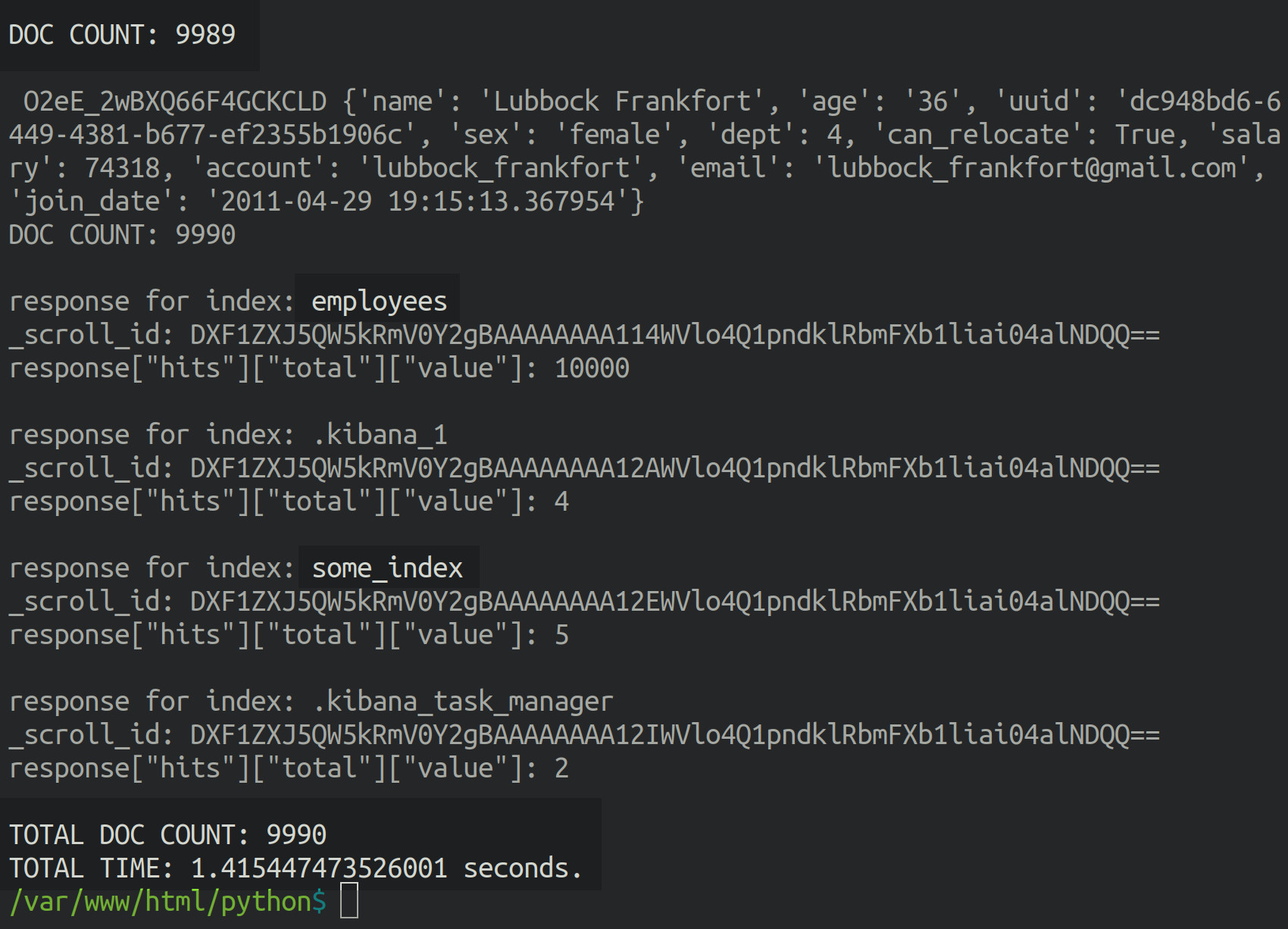 This tutorial covered how to use the Search and Scroll API feature for Python to scroll queries for all documents in an Elasticsearch index using the Python low-level client library and how to use the Scroll API function to get all of an index’s documents in multiple batches. The tutorial also covered how to create a timestamp for the script’s starting time and create variables for the Elasticsearch host, how to concatenate a host string and pass it to the Elasticsearch( ) client method and how to create a timestamp and print the total elapsed time at the end of the script. Remember to incrementally increase the doc_count counter to check how many documents were returned when printing the JSON response returned by the Elasticsearch Scroll API.