How to Query Elasticsearch Documents In Python

Written by Data Pilot
May 09, 2019
Subscribe
Like
Have a Database Problem? Speak with an Expert for Free
Get Started >>

Before we attempt to query for Elasticsearch documents in Python, it’s important to make sure certain prerequisites are in place. For this task, there are a few important system requirements:

Import the Python modules and connect to Elasticsearch

Once we’ve confirmed that all the system requirements are in place, we can start looking at the code. First, import the Elasticsearch client, Python’s JSON library, and the requests library, which is used to make queries to an Elasticsearch cluster:

Next, create a new client instance of the Elasticsearch library:

Construct a Python dictionary to pass into the search() method

The Python client for Elasticsearch uses the same "query" parameters that one might use when making query requests in Kibana. The key difference is that in Python it will take the form of a dict class object:

A Python dictionary is simply an unordered collection of key: value pairs. The screenshot below shows an example of one.

Creating a Python dictionary in the IDLE interactive interpreter: 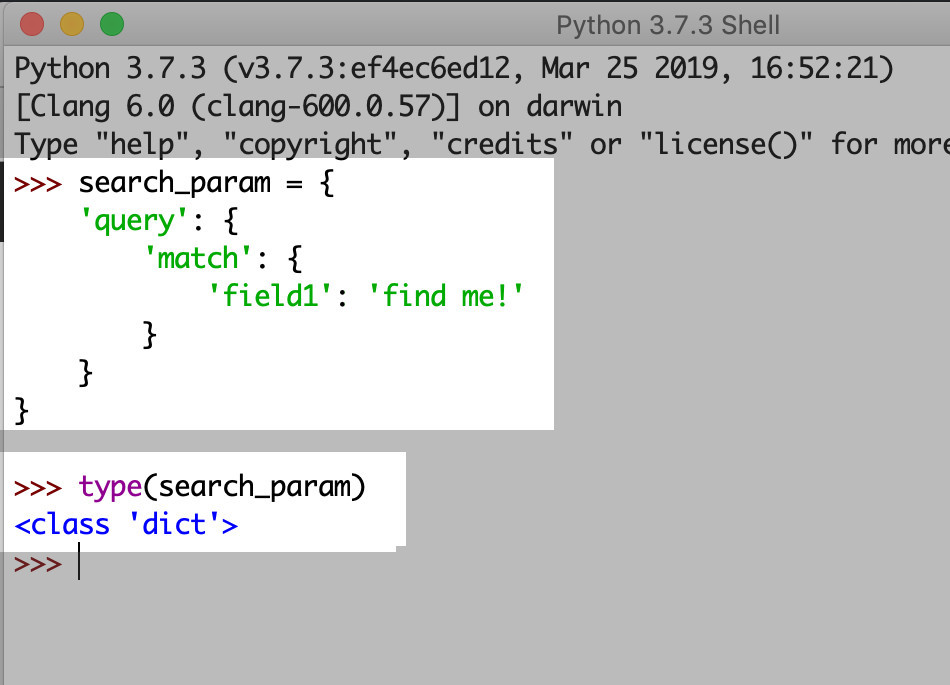 Python has a built-in JSON library that allows you to convert strings into Python dictionaries in JSON format. This is accomplished using the loads() method:

This makes it easy to pass AJAX string requests to Python, and then convert those Python strings into JSON objects for the Elasticsearch client. 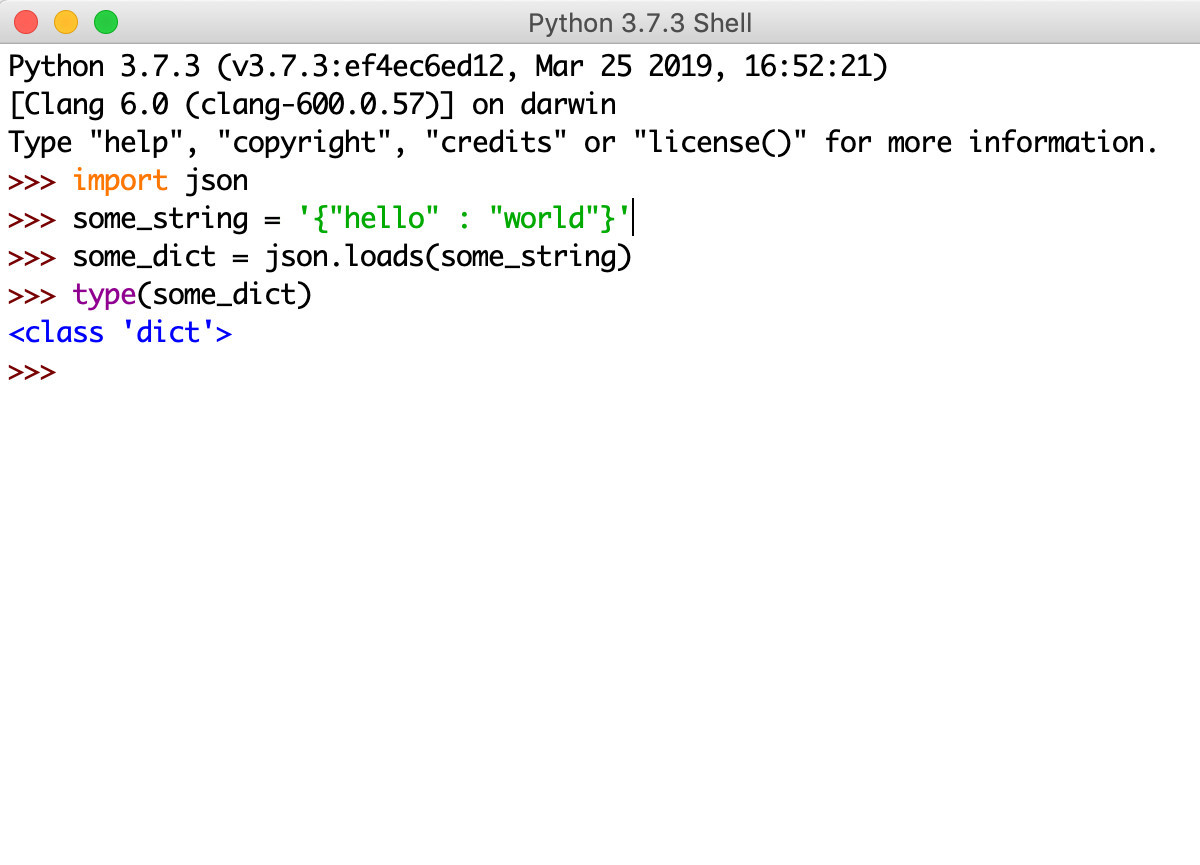 Passing variables into a Python dictionary of an Elasticsearch query:

You can even pass a string into a query dictionary by putting brackets [] around the variable, as shown in the example below:

Let’s take everything we just learned and create an Elasticsearch query to find two different documents using their respective IDs:

When you pass your Python dictionary with the query, make sure to pass it in the body parameter. You can have the API call return a response object:

Also, be sure that you specify the correct index when you make your query.

In our article, we looked at the example code one section at a time. Here’s the complete Python script that can be used to query for Elasticsearch documents: