How to install the high-level .NET NEST client for Elasticsearch

Elasticsearch uses the .NET high-level client, ElasticClient in NEST to interpret a variety of conventions. Some of these include inferences for document IDs, property names, index names as well as conjunctures for creating Uniform Resource Identifier (URI) paths to indices and documents.

Mapping to fields and JavaScript Object Notation (JSON) documents must occur before that happens though. For the best user experience, you should explicitly control document mapping, otherwise, Elasticsearch will infer it and you’ll have less mapping manipulation ability. The good news is that with ElasticClient, you get a high-level client and a high level of control to match.

Just so you know, Elasticsearch also uses another .NET client, the low-level client, Elasticsearch.Net which uses the property `LowLevel. It is dependency-free. We won’t focus on that here.

This tutorial shows you how to install high level .NET NEST client Elasticsearch. The high-level client ElasticClientdeals with mapping documents and is JSON.NET dependent. Its query is a robust domain specific language (DSL) and it maps seamlessly with Elasticsearch’s full Query DSL.

This image shows the .NET version on a macOS.

For macOS especially, but also as a general rule, when downloading .NET programming applications, always use the latest version. Elasticsearch v5 is the minimum version level that is compatible for Elasticsearch’s .NET client. Download the most recent version—higher than v5—if possible, to get the latest features, bug fixes, and streamlined technological advances.

This image is an example of the Visual Studio Code being downloaded on an Ubuntu platform.

Download, and Install NEST Client and the Associated Dependencies

More information about JSON packages can be found at npmjs.com and Newtonsoft.Json.

The image below is an example of how to add the JSON packages.

The image below illustrates how to add the high-level .NET NEST client Elasticsearch to your project.

You can run the script in one of two ways:

This image shows the Visual Studio code used to connect to Elasticsearch. 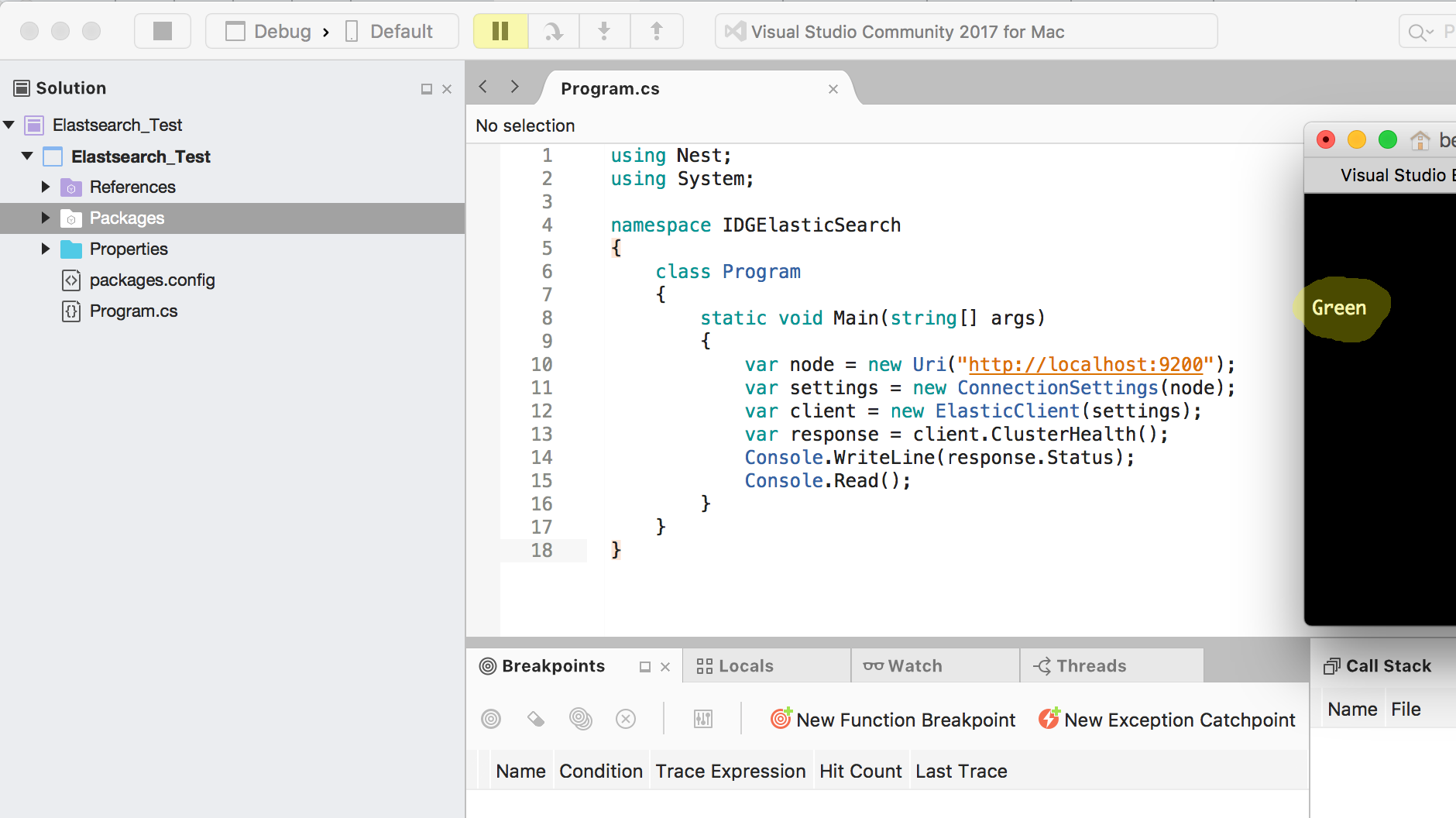