How To Insert Elasticsearch Documents Into An Index Using Golang

Written by Data Pilot
July 08, 2019
Subscribe
Like
Have a Database Problem? Speak with an Expert for Free
Get Started >>

Before we start looking at the code we’ll use to create Elasticsearch documents in Golang, we need to go over a few important system requirements. For this task, the key prerequisites include: 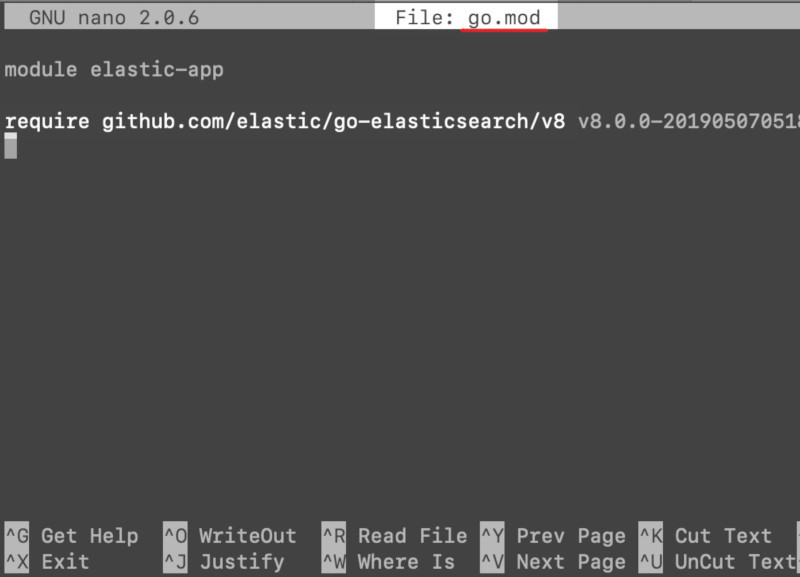 Now that we’ve made sure that everything we need is installed and set up correctly, we can start working on our Go script. Create a new file (with the .go file extension) and put package main at the top. Be sure to import all of the necessary packages and libraries, as seen in the example below:

Create a struct data type for the Elasticsearch documents’ fields

We’ll use the Golang struct data type to create a framework for the Elasticsearch documents being indexed and the index’s respective fields:

Next, let’s look at a simple function that will convert the Elasticsearch struct document instances into a JSON string. The code shown below may look a bit complicated, but what’s actually happening is pretty simple– all the function does is convert the struct into a string literal, and then that string gets passed to Golang’s json.Marshal() method to have it return a JSON encoding of the string:

In our Go script, all of the API method calls need to be inside the main() function or called inside of it from another function. Let’s create a new context object for the API calls and create a map object for the Elasticsearch documents:

In this step, we’ll instantiate a new Elasticsearch configuration object. Make sure you pass the correct host and port information to its Addresses attribute, as well as any username or password:

Next, we’ll check to see if the connection to Elasticsearch was successful or if any errors were returned:

Create Elasticsearch struct documents and put them into an array

We’ll declare an empty string array to store the Elasticsearch documents that we’re currently representing as JSON strings. The code below shows a few Elasticsearch document examples that will be used for indexing. To set their fields’ values, all you need to do is modify the struct instance’s attributes:

We’ll pass these document instances to the jsonStruct() function we declared earlier, and we’ll have them return JSON strings that represent each of the documents. Then, we’ll use Golang’s append() function to add the JSON strings to the string array:

Now that we have a document array set up, we’ll iterate over it, making API requests to the Elasticsearch cluster as we go. These API calls will index documents by calling the Golang driver’s esapi.IndexRequest() method:

Check if the IndexRequest() API method call returned any errors

The last step in our iteration over the document array is to get a response back from the API call and check it for possible errors:

In the code shown below, we parse the result object returned by the API response if no errors were returned:

Each document iteration should print out a map[string]interface{} object response that looks like this:

If you’re a Go developer, you’ll probably want to interact with your Elasticsearch indices using the Golang programming language. With the help of the official Golang driver go-elasticsearch, you can use Elasticsearch and Golang to index documents with a simple script. Using the instructions provided in this tutorial, you’ll be ready to write your own script to create Elasticsearch documents with Golang.

In this article, we’ve reviewed our Golang script one section at a time. The code shown below represents the entire script: