How to Index Elasticsearch Documents Using the Python Client Library

NOTE: To prevent namespace conflicts with the built-in Python keywords, the Elasticsearch client make use of from_ instead of from, and doc_type instead of type for parameters when creating API calls. Refer to the official API documentation for additional information.

Alternatively, you can use Python’s request library to confirm the server is running Elasticsearch:

NOTE: If a document’s data field is mapped as an “integer” it should not be enclosed in quotation marks ("), as in the "age" and "years" fields in this example. Note that if the field’s value is placed inside quotation marks then Elasticsearch will index that field’s datum as if it were a "text" data type: 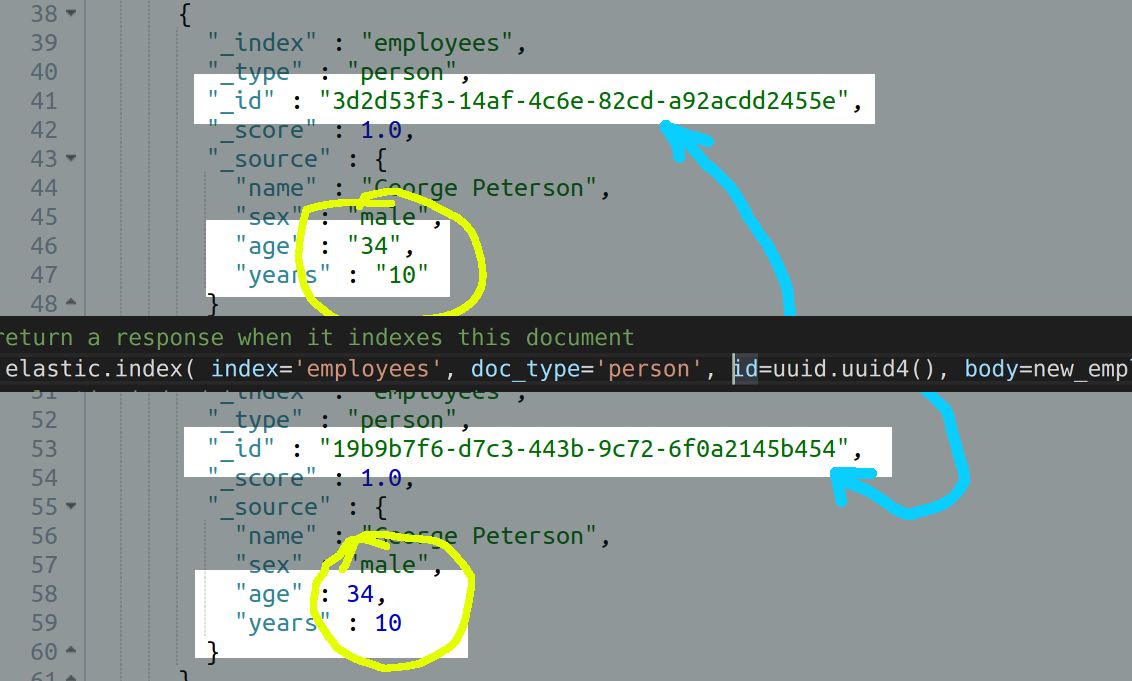 Use Kibana to verify the document 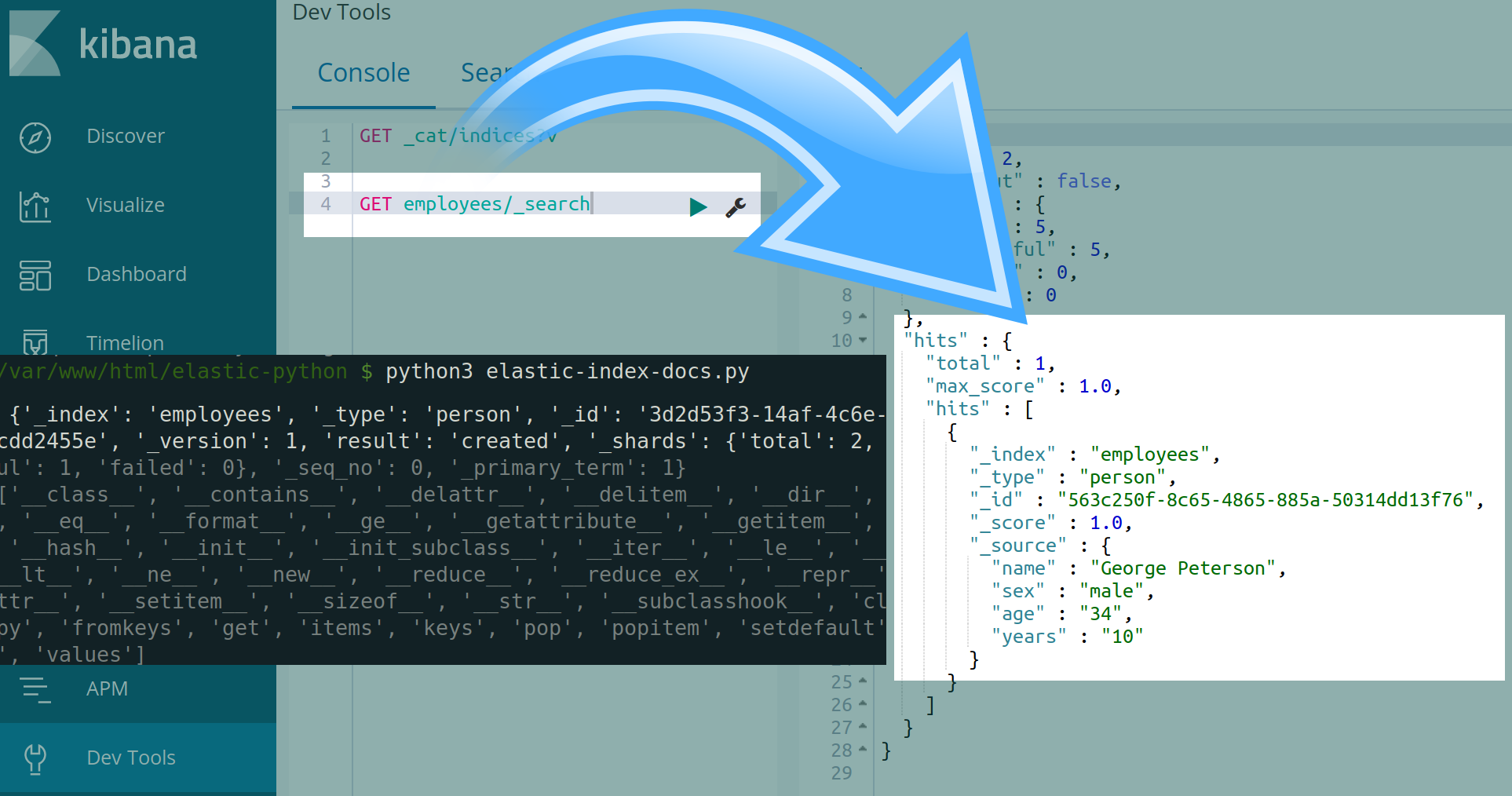 Indexing without passing an “_id” parameter

The dir function will print out all of the methods and attributes of any object in Python.

Here is what the response object ought to return if the document indexing was successful: