How To Get An Elasticsearch Cluster's Information In Python

Before we can attempt to get cluster information in Python, it’s important to make sure certain prerequisites are in place. For this task, there are a few key system requirements:

NOTE: Python 3 is soon to be the standard for Python, as Python 2 is being depreciated.

Import the Python module for the Elasticsearch client

Once you’ve confirmed all the system requirements, you’re ready to begin your Python script. Use the Python import statement to add the library for Elasticsearch to the script or Python shell environment:

If you encounter an import error, it’s likely that the Elasticsearch client library wasn’t installed properly, or you installed the library for the wrong version of Python.

Create a new client instance for the Elasticsearch Python library

You’ll need to create a client instance in order to make requests and changes to the Elasticsearch cluster and its indexes; however, the client instance has other useful methods as well.

The code shown below creates a client instance that we’ll use to call the info() method:

You may also pass a string into the hosts array as a parameter, specifying the domain name, or IP address, of the server running Elasticsearch; however, this parameter is optional:

The outer dictionary contains keys for the cluster name, UUID, logical name, and its version dictionary.

Call the Python client’s info() method, and have it return a nested dictionary with information about the cluster 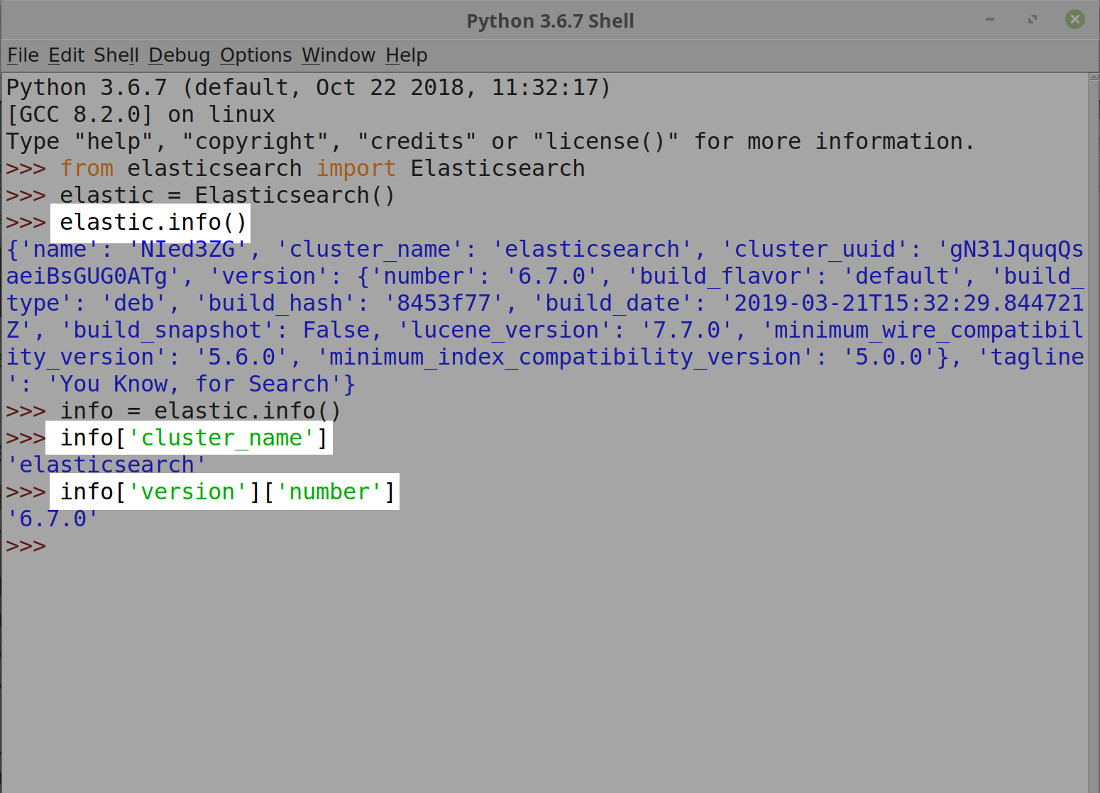 Get details about the Elasticsearch cluster’s version: