Elasticsearch is the lightning speed search and analytics power engine that helps businesses just like yours discover solutions to their use cases. Couple it with Python, the programming language that streamlines system integration, and you have the most sensible way to index a document in Elasticsearch. This tutorial shows you how to index an Elasticsearch document using Python and gives an Elasticsearch Python index example. Learn how to increase your productivity in daily document indexing activities today.

If you’re familiar with indexing an Elasticsearch document using Python, you can jump to Just the Code.

Check the Elasticsearch cluster for indexes

Save time and forgo taking steps in advance for index creating prior to Elasticsearch document indexing. If there isn’t an index present for a document you’re trying to index, one will be created in a dynamic way while you attempt to index that document.

>NOTE If you receive access errors, use sudo commands.

Complete the editing for the script

*The import function is what you’ll use to add to the Python script the client Elasticsearch library:

Add the library datetime for timestamping

Proclaim a Python client instance for the library Elasticsearch

Find additional information about the cluster in Elasticsearch

Obtain the version of the client Elasticsearch 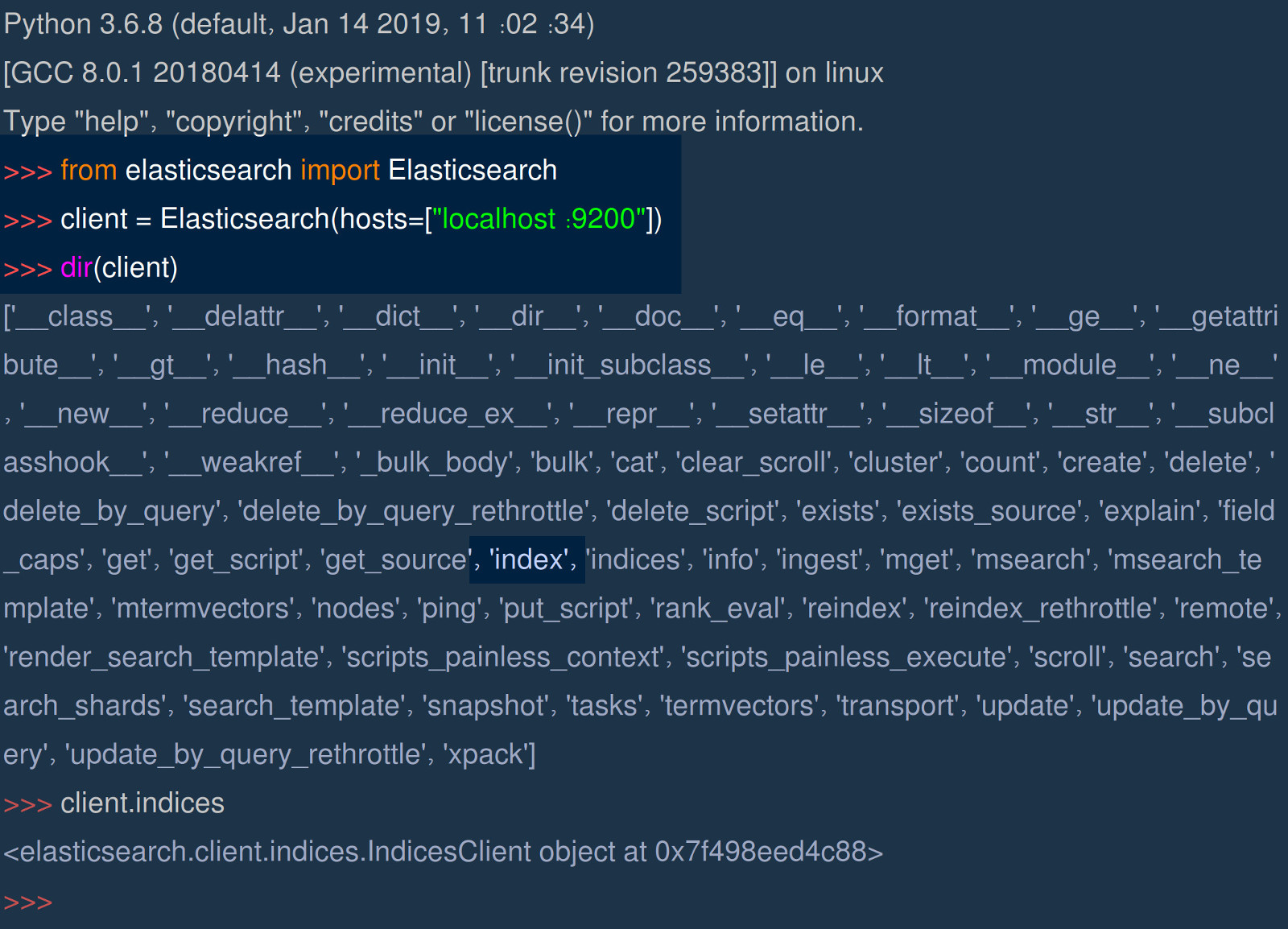 Make a statement for the index name Elasticsearch

Run an index check to determine if it exists

NOTE:When you make an API Index call, an index will be created if there wasn’t one present.

How to avoid a mapper_parsing_exception

Make a method call to the index() of the client object

Know what an API response Elasticsearch returned should resemble

Confirm a successful response with a request HTTP cURL

Check with Kibana if the API response was successful

You can also use Kibana to verify that the document was indexed in the Python script. Navigate to port 5601 on your server and click on the Dev Tools section to make the following HTTP request in Kibana: 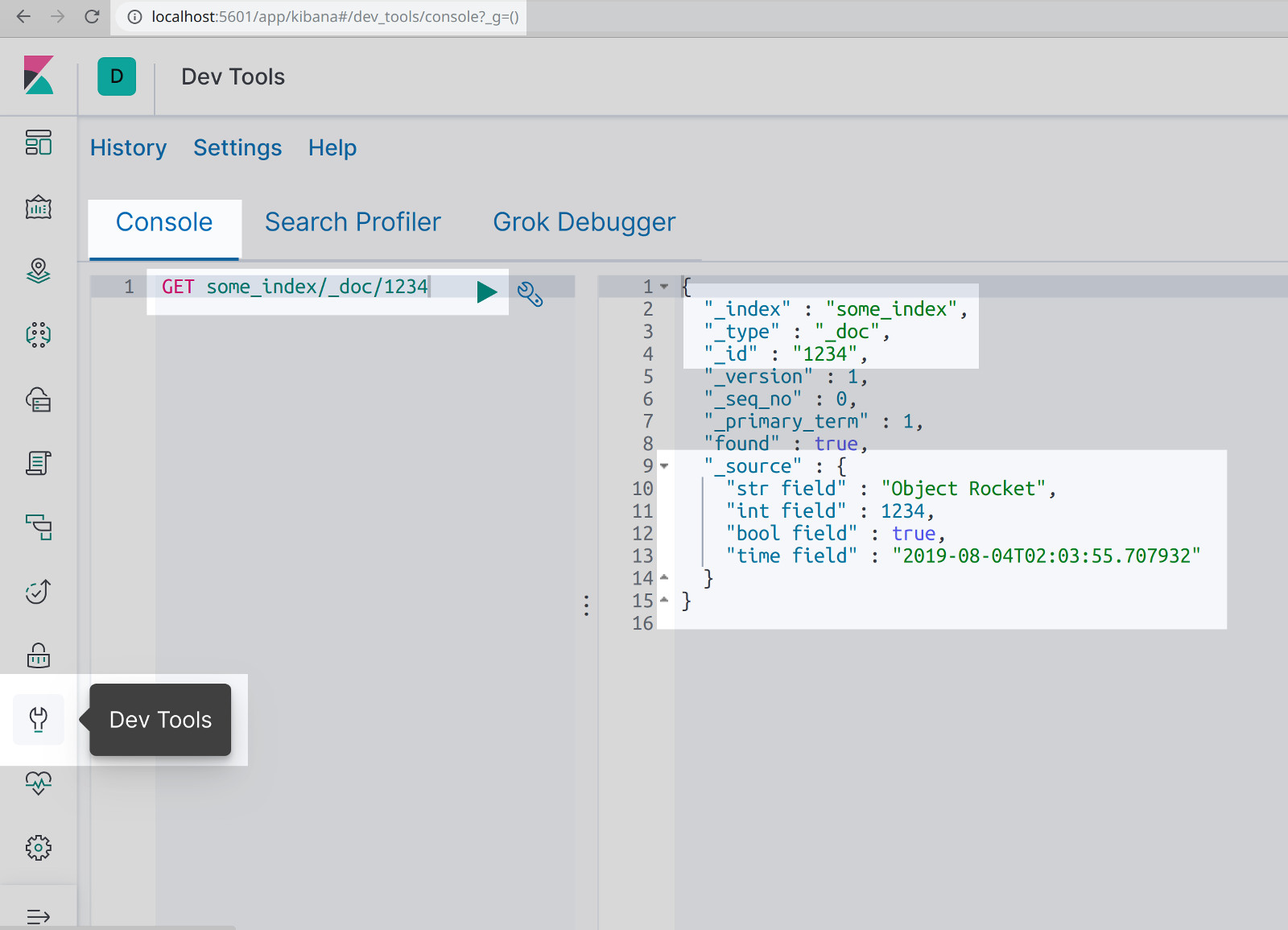 This tutorial explained how to use Python to index an Elasticsearch document. In addition, many Elasticsearch Python index examples were given to enhance clarification. Today, you learned how to make an index call, check for errors in the response, and confirm if the method call was successful. Python and Elasticsearch make a great team. Use them regularly to facilitate your coding accuracy from this point on.