Written by Data Pilot
May 12, 2020
Subscribe
Like
Have a Database Problem? Speak with an Expert for Free
Get Started >>

Hashes provide database managers with an efficient and effective way of storing complex data types in Redis. In Redis, a hash consists of many key value pairs, with each key and value being composed of a data string. The Redis HSET command is used to set a field in a hash stored as a key value. If the key has not been previously established, then a new key holding a hash will be produced. If the field already exists then it will be overwritten. While Redis hashes can hold multiple key-value pairs, hashes will not directly support complex values. However, a hash field can be used to point to other complex values. This tutorial will explain how to use the Redis HSET data type on ObjectRocket. NOTE: The connection is routed to localhost and port 8000.

Connecting to a Redis Server Instance on ObjectRocket

The format for the connection command to the Redis server instance on ObjectRocket is as follows:

Now execute the following command in the terminal:

As previously noted, the above connection details are the product of the stunnel configuration.

The results of the command should resemble this: 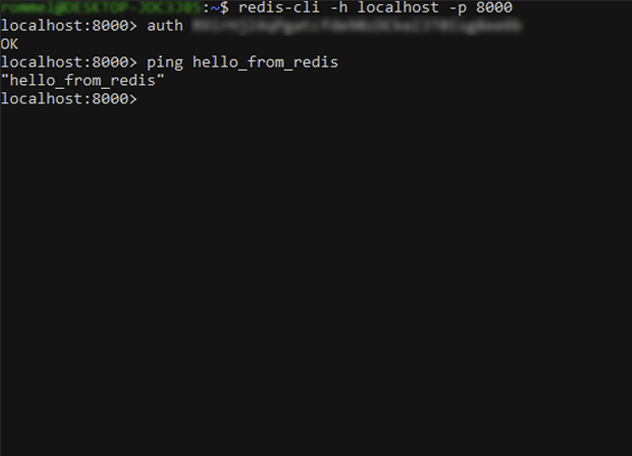 Now a connection to the Redis server instance on ObjectRocket can be established, authentication can be passed and a test ping command can be executed.

NOTE: The password can be found in the connection settings of the Redis server instance on the ObjectRocket Mission Control panel: 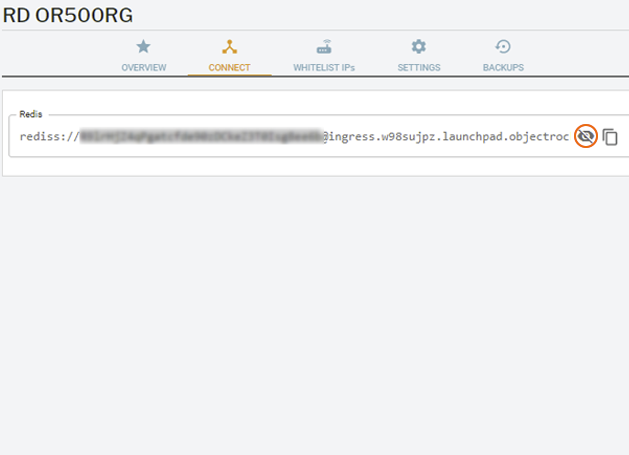 The HSET Redis command sets the value to its respective field within the hash stored in the given key. It is important to note that if the field already exist within the Redis system, its corresponding value will be overwritten. If neither condition exists, then a new key to hold the hash will be created.

Here is the basic form of the HSET command:

Following is an explanation of the above code:

Note that different results can be expected upon executing the HSET command, depending on the configuration. Here are some possibilities:

Here is an example:

Notice that a notification of (integer)1 was received. This means the HSET command was successfully executed. Now execute the following command to verify and retrieve the value:

This tutorial explained how to use the Redis HSET data type on ObjectRocket and provided examples for its use. The tutorial first covered the procedure used to connect to a Redis server instance on ObjectRocket and provided the format for the connection command to the Redis server instance. The article then explained the basic form of the Redis HSET command, provided an explanation of the code and explained how to verify and retrieve the value. It is important to remember that if a field already exist within the Redis system, its corresponding value will be overwritten. Also bear in mind that when using the Redis HSET data type on ObjectRocket that different results may be returned upon executing the HSET command, depending on the configuration or existence of the given field.