Written by Data Pilot
November 07, 2019
Subscribe
Like
Have a Database Problem? Speak with an Expert for Free
Get Started >>

This is Part 4 of “NodeJs with Redis Web App,” a multiple-series tutorial. In Part 3, you learned how to configure search feature functionality. Specifically, how to show Redis values based on your search. Today, in Part 4, you’ll go over the steps on how to perform value deletions in Redis. Some of the examples included in this tutorial show you how to revise the handlebars template, search for a user to delete, use the override method, and test the Delete button you created. You’ll use Redis commands throughout this lesson.

If you are familiar with how NodeJs Redis Web App value deletions are done and want to skip the detailed steps, go to The Code.

NOTE: Your app.js is where you defined the -method. 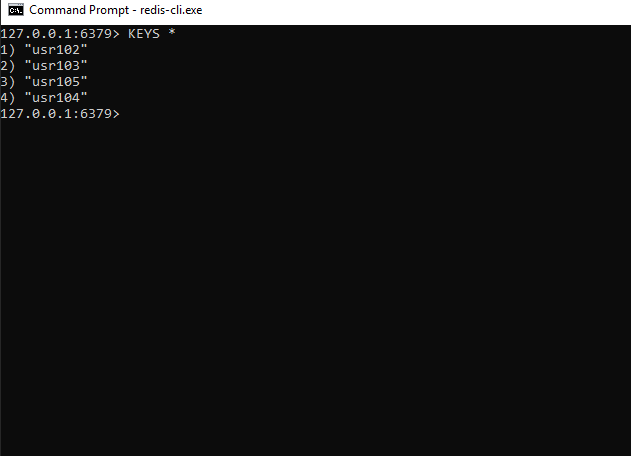 According to the example, you were successful in deleting usr101 because it’s not in the list with the other users: usr102, user103, and user104.

This finishes Part 4 regarding the delete feature in NodeJs Redis Web App. In it, you learned how to use Redis commands to create a Delete button. This lesson showed you how to update the framework for handlebars, select a user to delete, code the override method, and tryout the Delete button.

Next, you searched for a user record to delete. After deleting a record, you saw that the “Sorry that user does not exist” prompt lets you know that your operation worked as planned. You also used the examples given in this tutorial to finish the steps for deleting values.

Deleting records is an integral part of application management. It’s good to know a simple way to code the deletion process for your NodeJs Redis Web Apps. Refer to this tutorial anytime for all of your NodeJs Redis projects.

The code details below are the entire sample steps for completing value deletions outlined in Part 4 of the multiple-series tutorial about NodeJs Redis Web App.