Contents
Introduction Prerequisites for using the Redis Java Redisson Java Client Library About Redisson How to Create a New Maven Project in Eclipse How to Declare Jedis in the Maven Dependencies How to Connect Java to Redis Server How to create a new Java Class How to configure Redisson The Java code using Redisson How to perform the basic operation Conclusion The Full Java Code MyApp.java

How to Use Redisson a Redis Java Client Library on Java

Redis is an open source, data-structure store that can be used as a caching layer, database or messaging agent. Redis can resolve complex programming issues and reduce latency and coding time. Java is a programming language typically used to create application modules for web pages. This tutorial will cover how to use the Redis Java Redisson Java client library for Java with Maven in Eclipse.

Redisson is a Redis Java client with in-memory data grid features that provides an easier way to work with Redis. Redisson objects provide for separation of concern, allowing for increased focus on data modeling and application logic operations. More information can be found at this link: Github – Redisson

How to Create a New Maven Project in Eclipse

The following demo shows how to create a Maven project:

Here are the steps in order:

How to Declare Jedis in the Maven Dependencies

Add the following xml code in the pom.xml of the Maven project to declare the Maven dependencies:

The above xml code can be obtained from this link on the Maven Official Website . Look for the “Redisson latest version” and copy and paste the code into the pom.xml and then click “Save.” The results should resemble the following:

Eclipse has now successfully imported the needed Maven dependency as specified in the pom.xml file.

How to Connect Java to Redis Server

With the Maven dependency properly configured, connect the Java application to Redis a server.

Execute the following command to start the Redis server: redis-server: 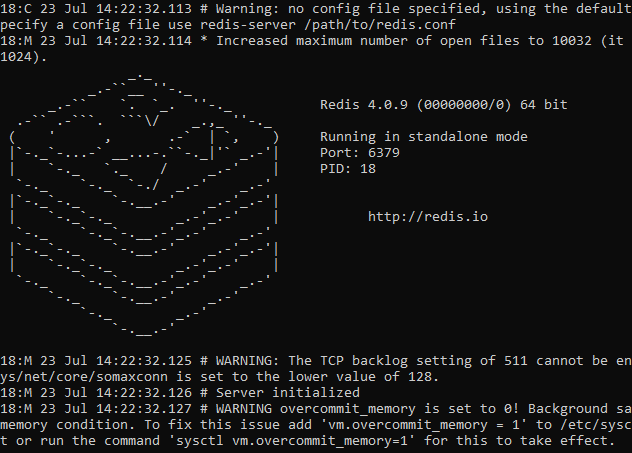 The result should resemble the above image.

How to create a new Java Class

With the server running, create the first Java Class and configure it to connect to the Redis server as shown here:

With the connection established, select “File” and then “New” and then find the “Class”. Provide a name for the class; in this case it’s “MyAPp”. Now check the “Public Static Void Main(String[]Args())” box and then click the “Finish” button to create the Java Class.

This section will explain how to connect to a single node instance of Redis.

NOTE: The code will be broken down into multiple parts for easier understanding.

This instance will run locally on the default port, 6379, shown here:

The above code instructs Redisson to connect to a single node instance of Redis. Here the Config objectâ€™s useSingleServer method is used and will return a reference to a SingleServerConfig object.

Using the setAddress method will configure the address setting that will be set to localhost and is also the address of the node being connected to. Other settings, like retryAttempts, connectionTimeout and clientName, can also be obtained and these settings are configured using the corresponding setter methods.

How to perform the basic operation

Execute the following script to perfrom the basic Java operation:

Below is a breakdown of the above script:

When executed correctly, the results should resemble the following:

This tutorial covered how to use the Redis Java Redisson Java client library for Java with Maven in Eclipse. The article explained how to properly set up a Maven project, how to configure Redisson, obtain the needed dependencies. The tutorial also explained how to connect Java to the Redis server and how to create a new Java Class. Remember that Redisson also supports Amazon Web Service, the ElastiCache Cluster and the Azure Redis Cache for clustered and replicated nodes.