How to Set-up Replication in Redis

Written by Data Pilot
July 31, 2019
Subscribe
Like
Have a Database Problem? Speak with an Expert for Free
Get Started >>

This tutorial will explain how to perform the Redis set-up replication. Redis is an open-source data structure store designed to complete most requests in under a millisecond. This permits just one server to handle millions of simultaneous requests each second. Redis employs RAM for data storage to deliver nonpareil performance. However, RAM is volatile and contents are often lost in cases of system failure. To allow the recovery of data after a failure, Redis uses persistent storage that survives an outage.

The Importance of Redis Replication

Important facts about the Redis application include:

How to Set Up Redis Replication

Now navigate to the directory and make a copy of the redis.conf file. Rename it into “redisRep.conf” by executing the following command:

Now open this file using the built-in editor, that is in this case “nano”, with the following command:

Because both servers cannot use the same port, the port number of the other server must be changed.

Hold down the Ctrl+W keys while typing in “port”. The results should resemble the following: 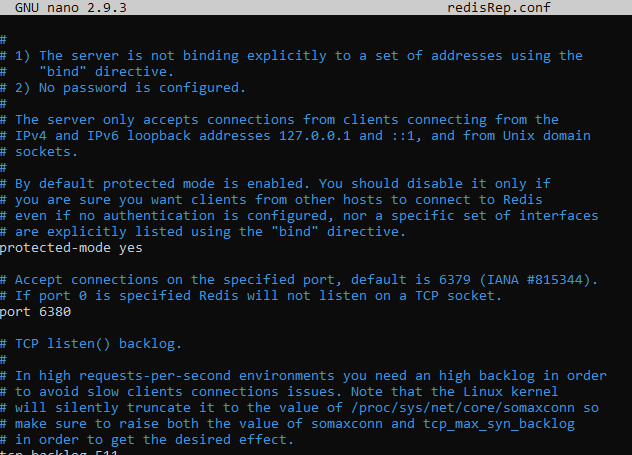 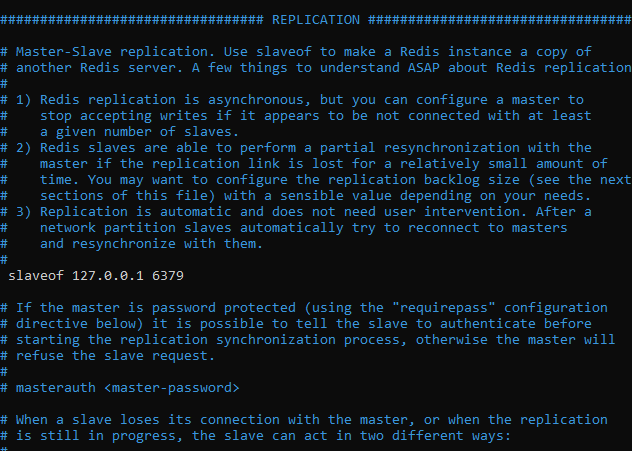 Perform the following procedure to connect the master and slave servers:

The above code uses the config file that was created earlier, so the path to that file must be supplied. The result should resemble the following: 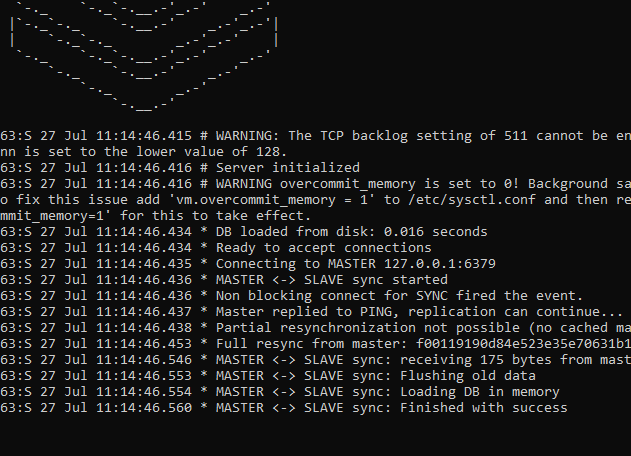 Redis will start the server and establish the connection between the master once the slave has been started. Notice the “MASTER <-> SLAVE sync started” in the remarks. This server is the slave running in port “6380”. To verify this, look at the terminal of the main server as shown here: Notice the remarks “Slave 127.0.0.1:6380 asks for synchronization” in the above image. Here the slave has started the syncing process.

To confirm the replication process is functioning properly, open another terminal and connect to the server using the server-cli command. Now execute the following commands in sequence:

To verify the success of the operation, go to the main server and look for the remarks Synchronization with slave 127.0.0.1:6380 succeeded .