GoLang or Go, as it is frequently referred to, is a popular programming application favorite of developers. That’s because it’s easy to learn and use. Plus it’s open source which has the community collaboration benefit of obtaining the input of developers. When it comes to any database management program however, revising records is a daily task that takes time to complete. It can be streamlined though. Take a few moments to learn an easy way to update a record using web app with Go and PostgreSQL. Smooth out your workflow today.

If you already know how to update a record and want to skip the specifics, go to Just the Code.

You’ll need a test database to try out the examples that will be shown to use the web app with Go and PostgreSQL.

Read Web App with Go and PostgreSQL: Connecting GoLang to PostgreSQL for a detailed explanation about the statement above.

Make a Golang script that instructs the program to be executable

Here are the details of the code written above:

>NOTE: Avoid putting inside the code the package driver because that will make the code rely totally on the driver. Rather, the specified types in database/sql should be used.

An explanation of the above:

Where to put the main() function

>NOTE: You skip the parenthesis in the function if an argument is what you want to pass it as. That’s what you’re doing in this case. You’re passing updateTrestInformation. This type of function is called a callback.

It shows that a successful database connection was made. The server is ready to hear requests on the :8080 port. 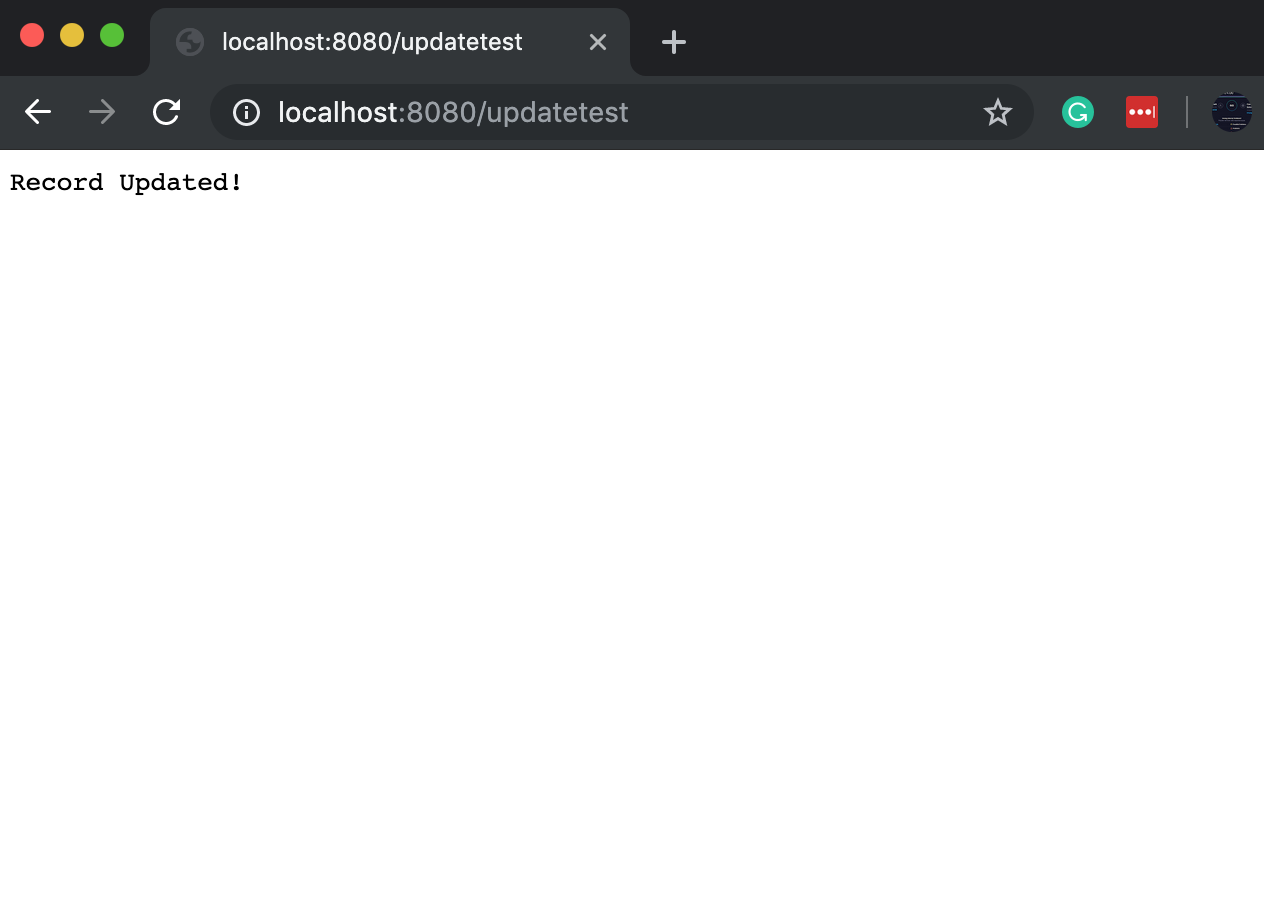 The result is correct. Earlier, you updated the Information{} value for the struct{} data type. In particular, you changed one record for the Firstname field in the tblupdatetest table.

This tutorial explained how to use the web app with Go and PostgreSQL to update a record. You learned how to create a database and table sample to test the examples shown. What’s more, you made a successful PostgreSQL database connection. You then successfully updated a record. Keep these steps handy, and use them often as a reference in your daily database records management tasks.

Here’s the entire sample code for updating a record using the web app with Go and PostgreSQL: