The open-source PostgreSQL database management system and Python can do more for you as a developer when you use a Docker container. For example, you can scale and deploy applications wherever you want on the cloud, laptops, and virtual machines. When you dockerize your project in PostgreSQL, you containerize it for workflow streamlining all of the time. Try out the Python PostgreSQL Docker example in this tutorial. It’s Part 1 of a multiple-series which shows you how to build and run a Python and PostgreSQL Docker container.

Install the following on your OS to prepare for your Python PostgreSQL Docker project:

NOTE: Docker is available for Linux, macOS, Windows. Your OS should have a minimum RAM of 2GB and an architecture 64-bit framework and a Linux kernel version 3.10 or later. To verify your version number, use the command uname -r.

Install Docker on your host machine

Create a directory for the Docker project

NOTE: To run the container where it is detached and won’t receive or display input or output, use the -d. The container will operate in the background.

The flag -v bind mounts to the volume of the project data folder for Postgres. That’s because /var/lib/postgresql/data is the default folder.

An output of Status: Downloaded newer image with the container’s ID right after it means that your host machine doesn’t have the image. After the image is pulled and the container is built, the container should automatically run. 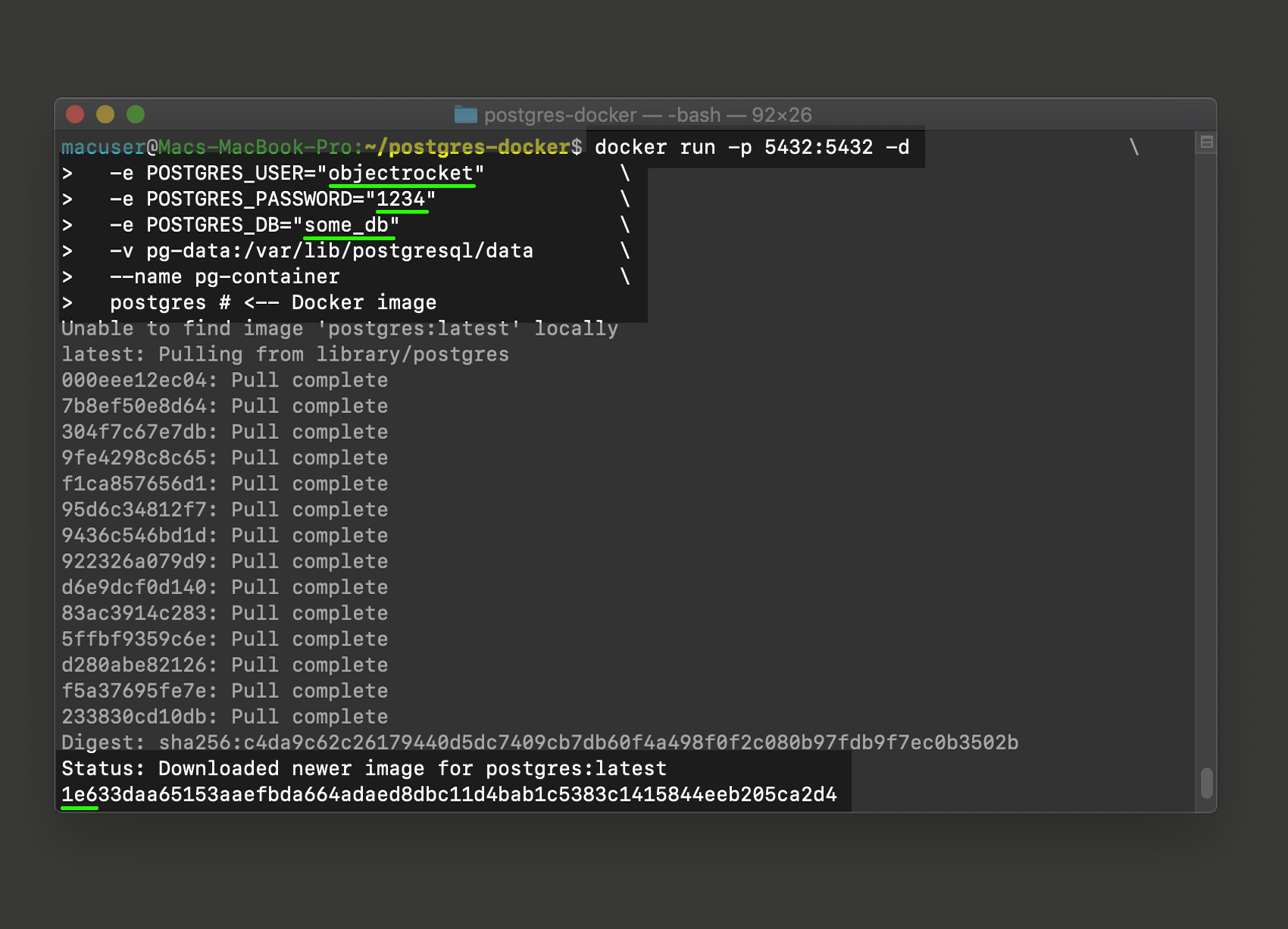 NOTE: The code above shows two flags: the -i which stands for “interactive” mode, and the TTY teletype flag represented by -t. The flags can be passed together or by themselves; however, each flag must be passed to make a Python PostgreSQL Docker Postgres container connection. 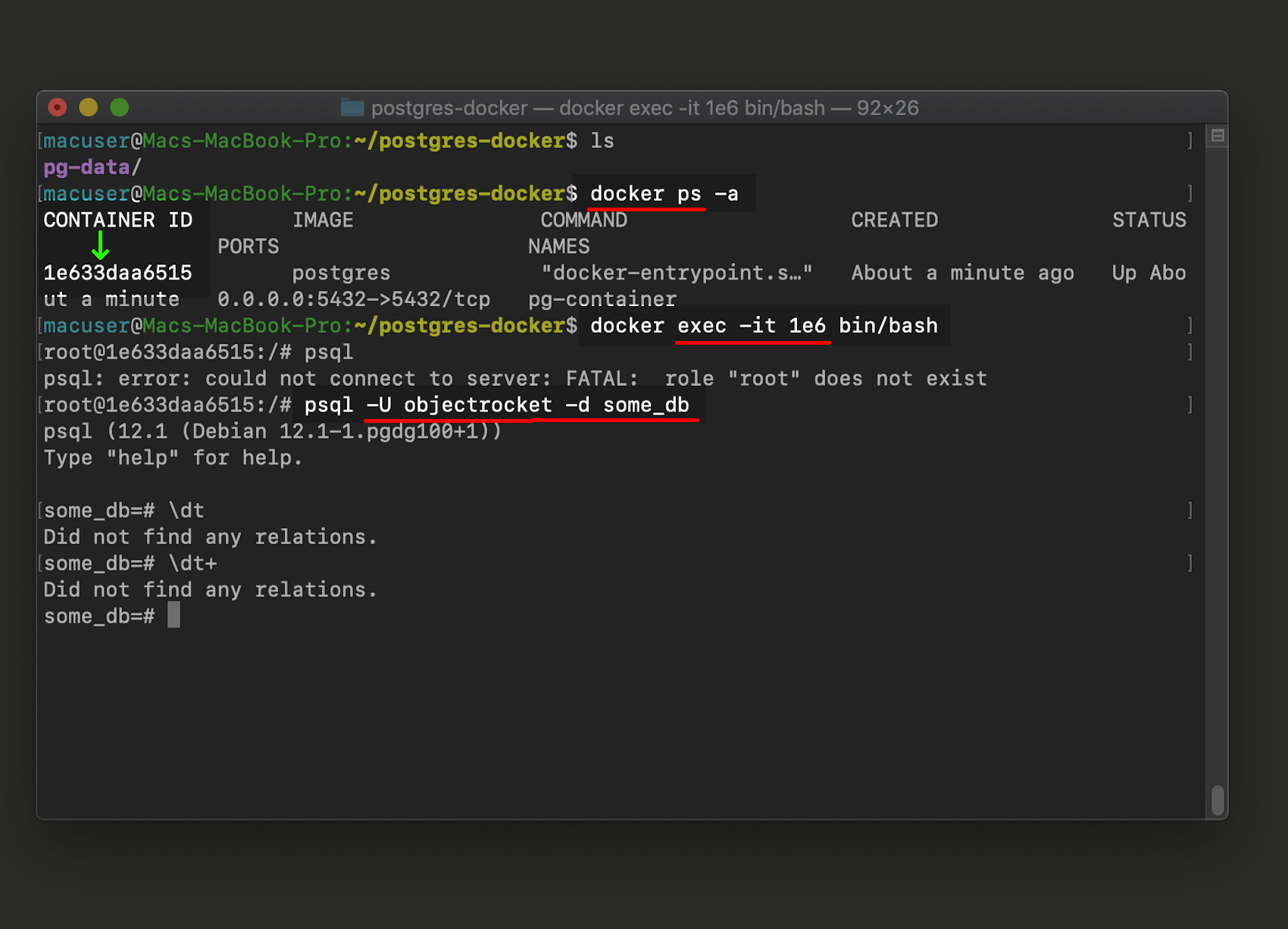 NOTE: To obtain a role list, go to the command line prompt in psql and enter the command \du. The user you identified when you ran the command docker run will be shown at the top of the output. That list of roles will display roles, their permissions, and attributes for your Python PostgreSQL Docker examples. 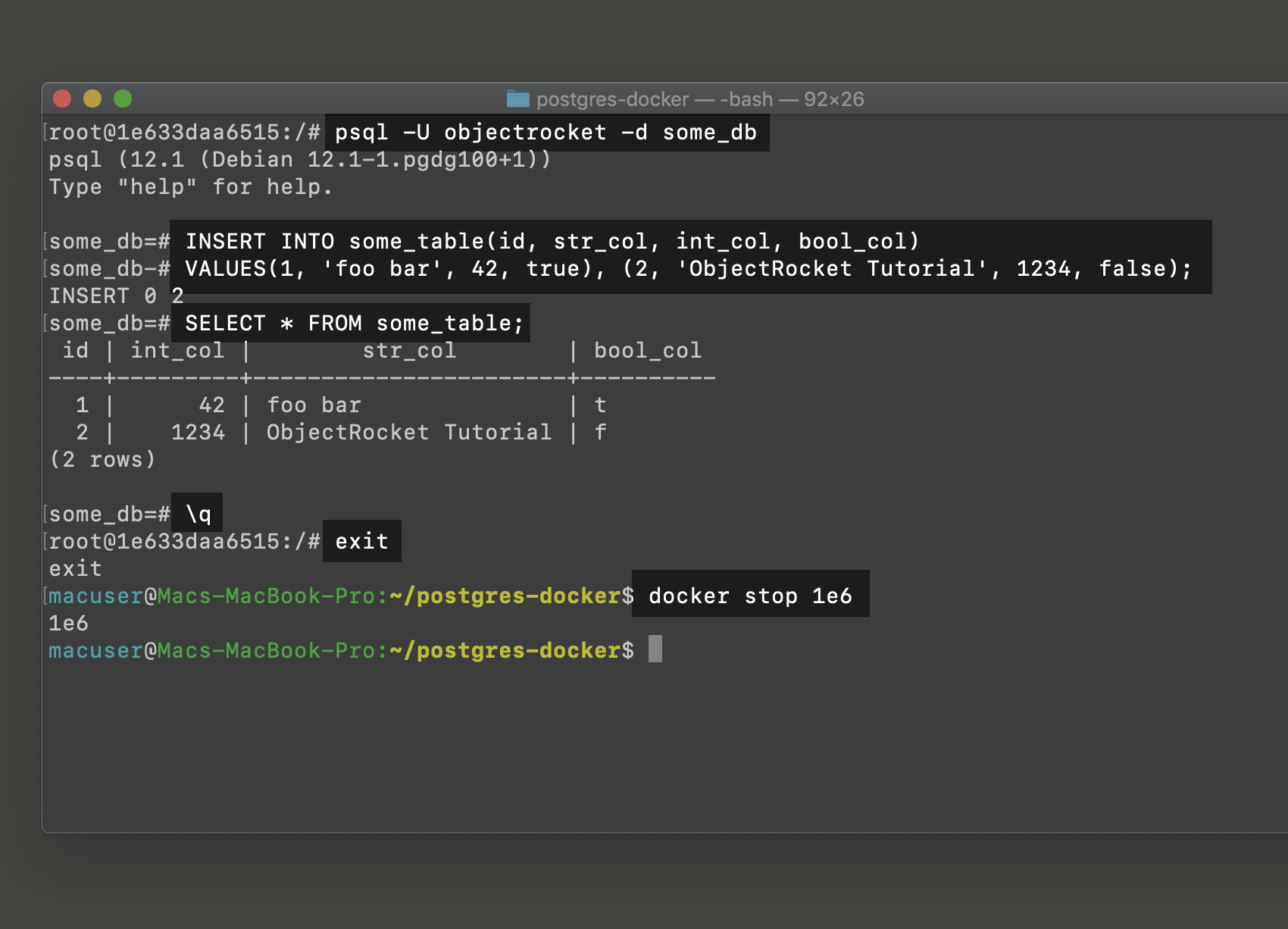 Your Python PostgreSQL Docker project has data that is persistent in its folder. This means that the subdirectory /pg-data acts as a backup. The /var/lib/postgresql/data directory is the default is where you can perform a volume bind mount after you create another container.

Utilizing a Python PostgreSQL Docker is a great way to get your work done fast. Deployment, testing, and sharing code is maintained on a high level when developers use an environment that is standardized, yet allows for the freedom to code by imagination. Scale-up, scale down. Containers can help you do it all. Today, you learned how to build a container, make a database connection, show a list of roles, and more. In Part 2, you’ll discover how to set up a Docker Compose file and custom build a Dockerfile image.