This is part two of a tutorial series supplying a PostgreSQL crud example in Python with the Psycopg2 adapter. Part one of this series explained how to create a test database for Psycopg2, install psycopg2, connect to PostgreSQL using psycopg2, provided a Postgres ‘CREATE TABLE’ example and explained how to use psycopg2 to insert PostgreSQL record data. This part two of this series will explain the table data select, update and delete functions using psycopg2.

With data inserted into the table book, done in part one of this series, the data can now be recalled and displayed using psycopg2. Create a new file in Python and enter the following codes:

Now use the connection object instance created from the psycopg2.connect() method to create a new cursor object. As shown below, use this cursor object to execute the SQL statements to select table rows from the PostgreSQL table:

Refer to the following screenshot: 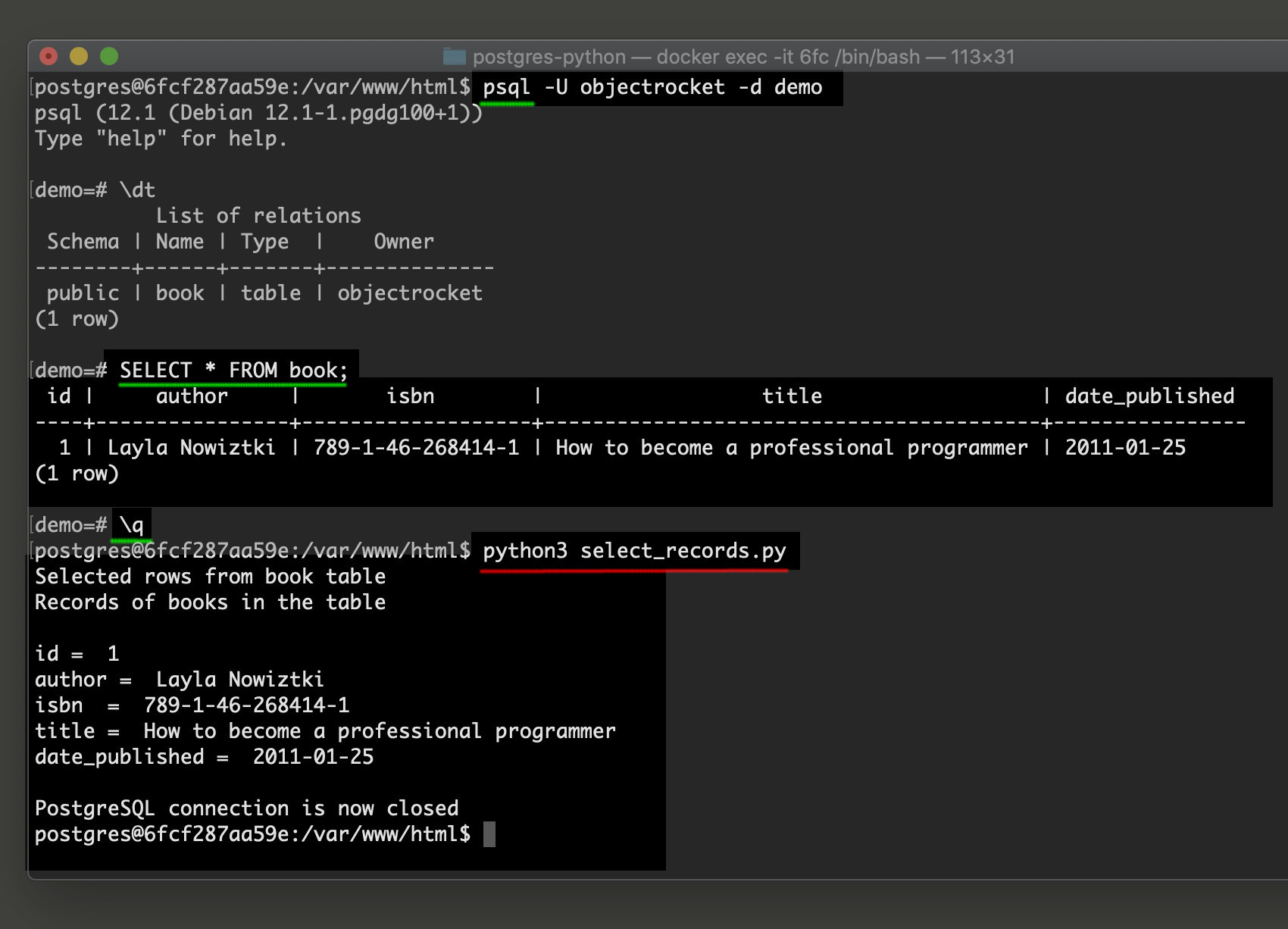 Now modify the existing data in the table by using psycopg2 by creating a Python file. Alternatively, the following code can be placed into a new Python script on the same machine or server:

In the last part of the script, outside of the function indentation, new values must be specified for the record being updated. Now pass them to the update_table() function call, as shown in the following example:

NOTE: In Python, id() is a built-in function that gives an object’s identity. To avoid confusion, or affecting its namespace, the above example uses _id with an underscore in the variable declaration instead. This is shown in the following screenshot: 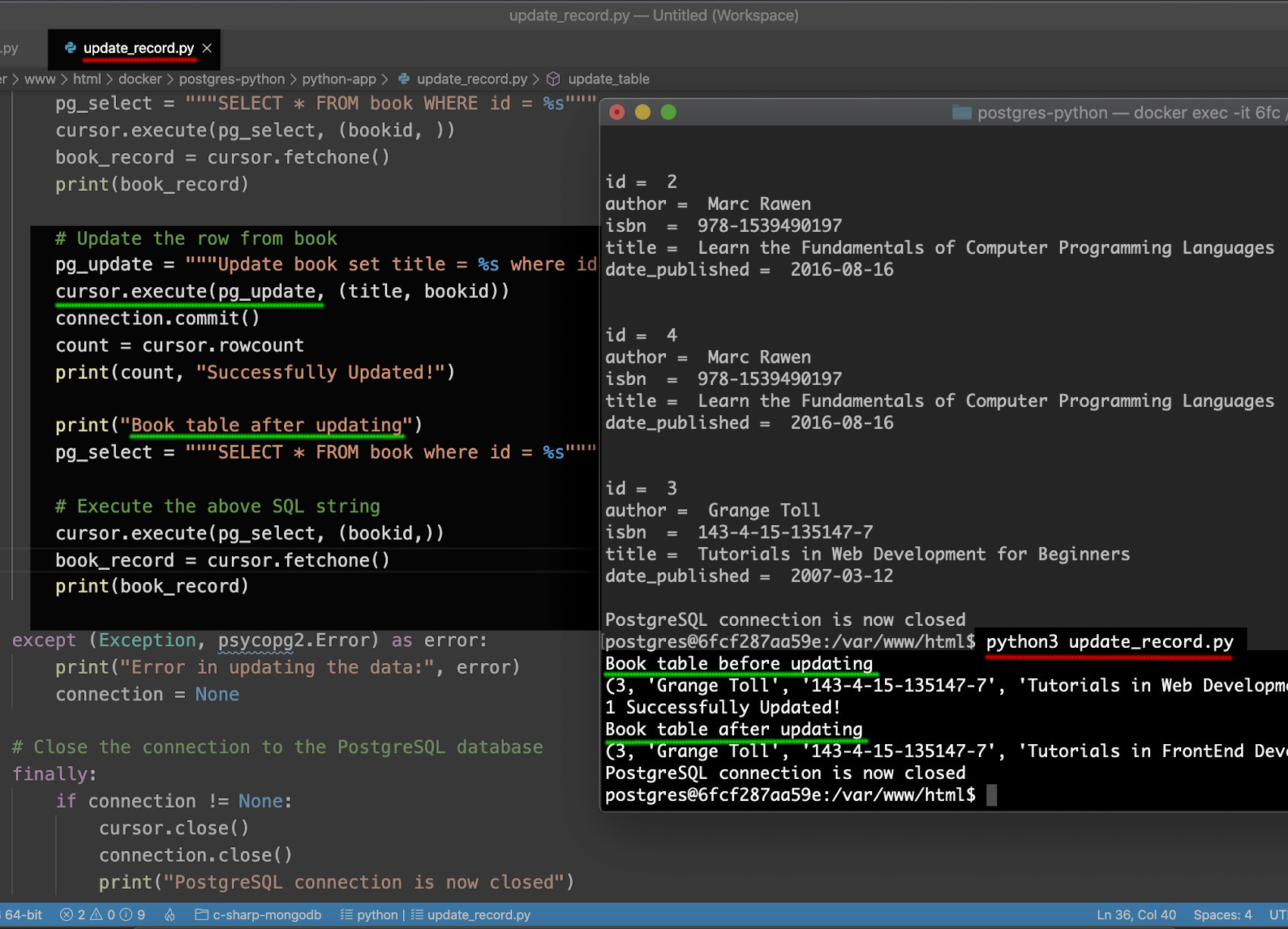 When the above script is executed using python3, the results should resemble the following:

Lastly, the table data will now be delete using psycopg2. This is performed in the same manner as the DELETE SQL statement in the psql command line interface is used to delete rows of Postgres data. Execute the following code: