When you’re working with a PostgreSQL database, there will be times when you want to see all the users for that database. This task is easy to accomplish with the use of a simple command. In this article, we’ll take a closer look at users and roles, and we’ll show you how to list users in PostgreSQL.

Before we can log into PostgreSQL and try out some examples, there are a few essential prerequisites that need to be in place:

We’ll need to access a database in order to get a list of users in PostgreSQL. You can use the following sequence of commands to access a PostgreSQL database on your local machine using psql:

Next, type the following command to enter psql and access your database:

Again, you’ll be prompted for the user’s password. Simply enter it and press RETURN.

Create a New Role Using the Superuser in PostgreSQL

You can also just use the CREATE USER statement. Let’s see how we can set an encrypted password for a PostgreSQL user using that SQL statement instead:

NOTE: Password strings must be enclosed within single quotation marks (').

Either of the commands shown above should return the following response:

Logging into a PostgreSQL Database Cluster as a User

Now that we’ve created a user or role, let’s try to change the attributes or the privileges associated with it. We’ll use the psql command-line syntax shown below:

NOTE: psql will return ERROR: role "new_user" does not exist if the user in question does not yet exist.

The ALTER command is used to change the attributes of the role.

Our new_user is now an individual user that can have ownership of database objects and can also have database privileges. It can be considered a ‘user’ or ‘group’ depending on how it will be used.

Removing the New Role for a PostgreSQL User

To remove a role, the DROP ROLE command is used. Let’s check out an example of how to do that:

Now that we’ve created, modified, and deleted users and roles, we can try listing users in our PostgreSQL database. To display all of the users in your database, type the command shown below:

You can also use \dg, \dg+ or \du+ to display GROUP, USER and ROLE information. 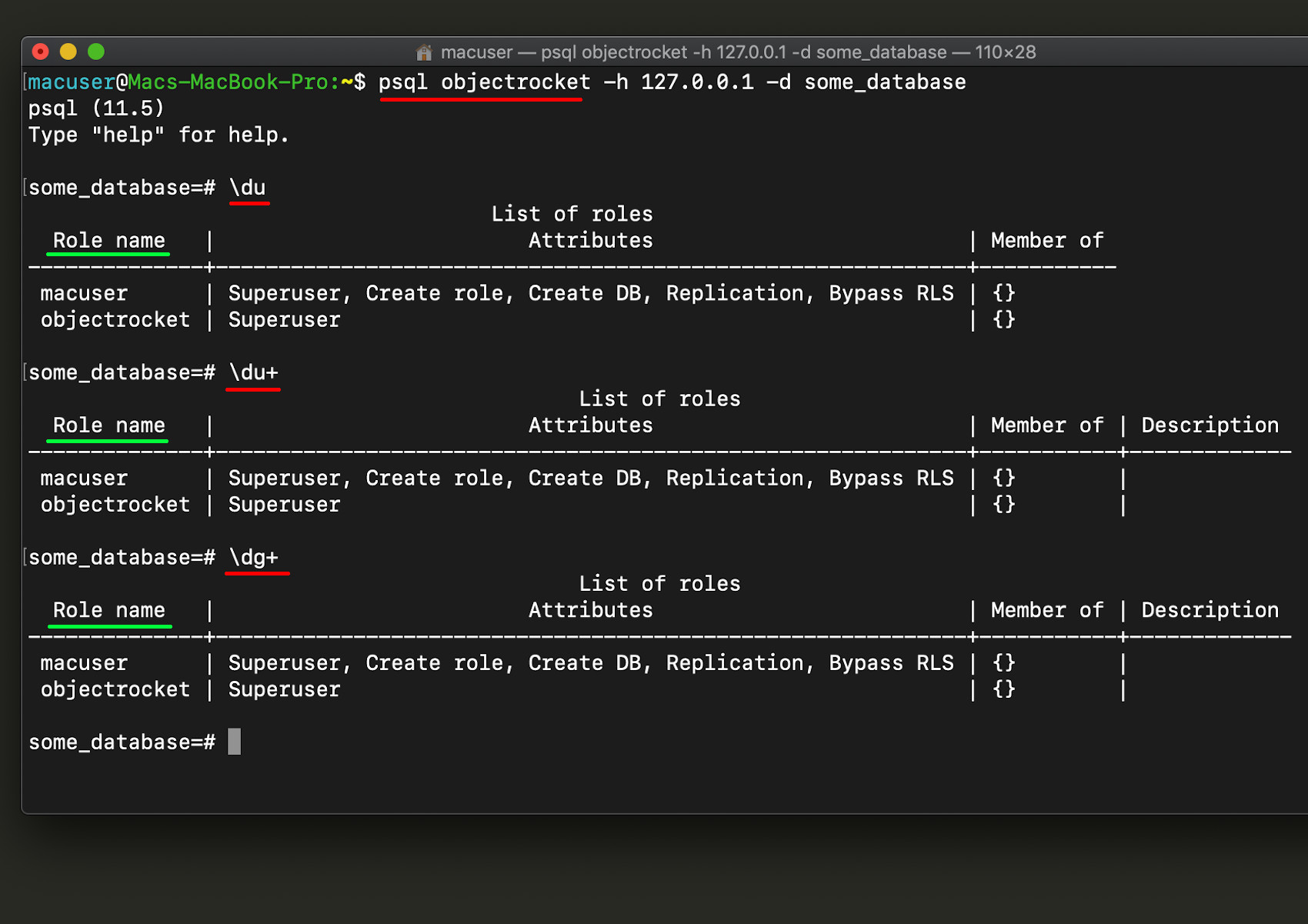