How to fetch Postgres in PHP

Written by Data Pilot
February 29, 2020
Subscribe
Like
Have a Database Problem? Speak with an Expert for Free
Get Started >>

This section will cover how to fetch data from the Postgres database via the PHP application.

The project structure should resemble the following: 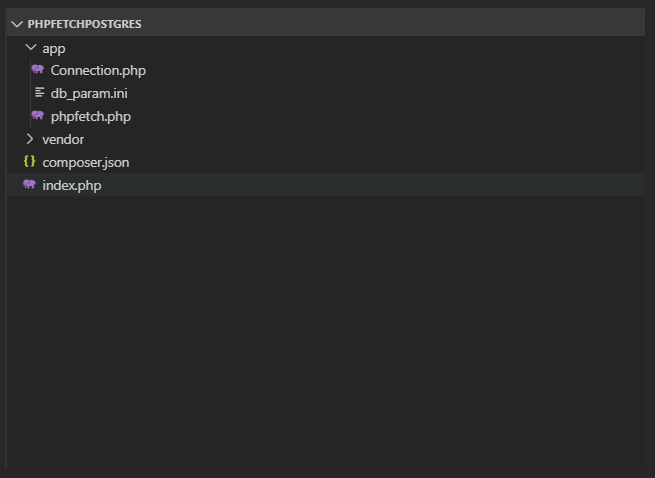 Following is a detailed breakdown of the above file:

This section will explain how to create the sample dataset used for this tutorial.

The ‘person’ table should now resemble this:

Fetch All data in PostgreSQL via PHP

This section will explain how to fetch all rows in the target table via PHP.

Edit the phpfetch.php file and append the following PHP script:

Now execute the following script to implement everything that has thus far been configured inside the index.php file:

Now test the application via the following URL: ‘http://localhost/phpfetchpostgres/index.php’

This tutorial covered how to fetch Postgres in a PHP database via the PHP application. The tutorial provided an example of the PHP project structure file and then gave a detailed breakdown of that file. The article then explained how to create the sample dataset used for the examples in this tutorial, showed how to fetch all of the data in PostgreSQL via PHP and then how to test the application via the provided URL. While various text editors can be used, the download link was provided to Visual Studio Code used to execute the examples in this tutorial.