Written by Data Pilot
September 15, 2019
Subscribe
Like
Have a Database Problem? Speak with an Expert for Free
Get Started >>

Before we start working on our Python script, let’s look at the key prerequisites that are necessary for this tutorial: 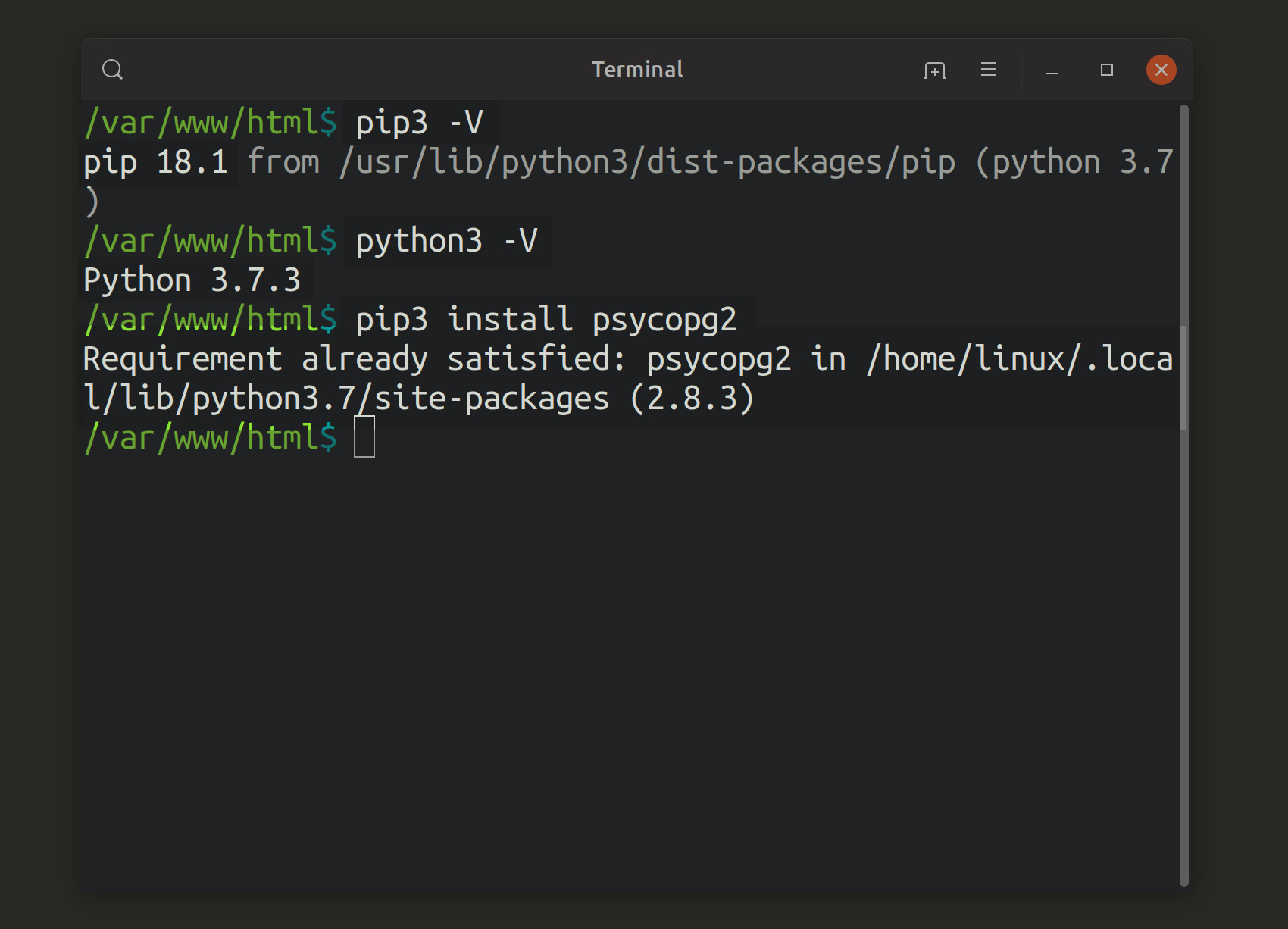 Once you’ve made sure that all your prerequisites are in place, you can proceed to create your Python script. You can create it in your favorite IDE, or you can use the touch command in a UNIX terminal, making sure that your file has the .py extension. Then, import the following psycopg2 libraries at the beginning of the script:

NOTE: The code shown in this article uses Python’s built-in uuid library to generate unique IDs for the table’s PRIMARY KEY column. The connect library is used for establishing a connection with PostgreSQL and for generating a cursor for the execute() method.

Be sure to pass the correct parameters when calling the connect() method, and keep in mind that the string you pass to the dbname parameter will be the database into which your new table will be inserted.

Define a function that will execute the PostgreSQL statements

The following function passes a SQL string to the cursor object’s execute() method inside a try-except indentation block:

If the PostgreSQL server raises an error, it will get returned to the psycopg2 adapter and the function will print it.

The following code example shows how we would pass a SQL string to the function in order to drop a table:

If the table doesn’t exist, the following response will be returned:

Declare a cursor object and string for the PostgreSQL table name

In the code shown below, we declare a string for the table name and instantiate a psycopg2 cursor object. The cursor will be used to execute SQL statements using the execute_sql() function we defined earlier:

Declare a SQL string for creating a new PostgreSQL table

Now, let’s declare a SQL statement string that will create a PostgreSQL table:

NOTE: A Python uuid.UUID string, converted from the uuid.uuid4() method, has a character length of 32.

We can execute the SQL string by passing it, along with the TABLE_NAME string, to the execute_sql() function:

We’ll declare another SQL string that will use the INSERT INTO SQL command to insert several rows of data into the table we just instructed psycopg2 to create.

We’ll use the curly braces ({}) as substitutions to generate UUIDs for each row of data:

All that’s left to do is to pass uuid.uuid4().hex to the string’s format() method to generate the UUIDs: When you run your Python script, it should generate a SQL statement string that looks something like this:

Execute the PostgreSQL ‘INSERT INTO’ transaction

Just like we did with the CREATE TABLE string, we’ll also have to pass the INSERT INTO some_table string to the execute_sql() function:

Commit the PostgreSQL transactions and close the connection

Finally, we commit the transactions to the PostgreSQL server and then close the connection and cursor object:

Now that we’ve finished reviewing all the parts of our script, we can try running it. Save the code in your Python script and navigate to your PostgreSQL-Python project directory. Then, run the script using the python3 command.

You should see your terminal or command prompt window print something like this: 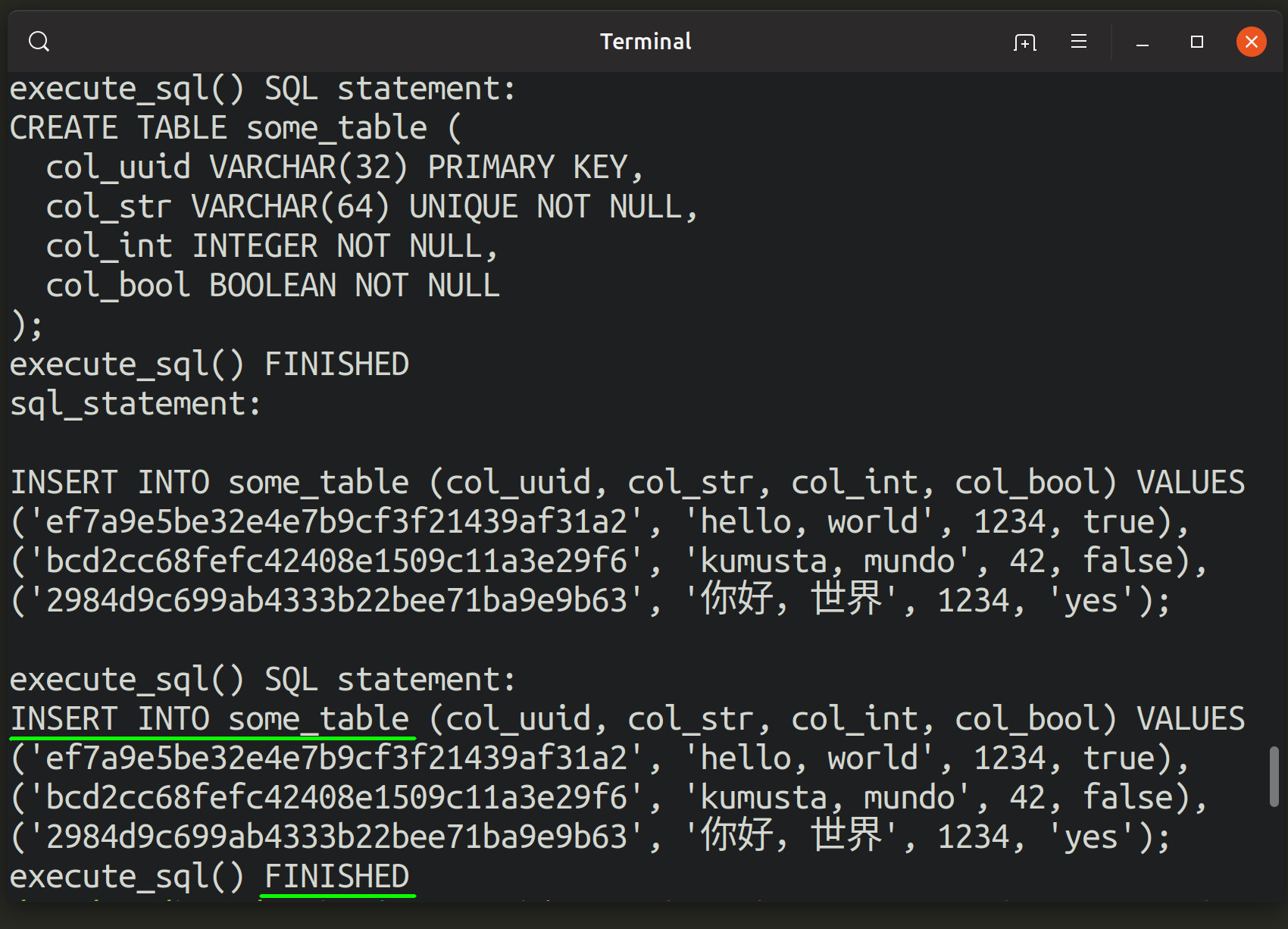 We can verify that both the PostgreSQL table and its data were created in Python by going back into the database using the psql interface. Use the following SQL statements to get all the rows from the new table you just created: 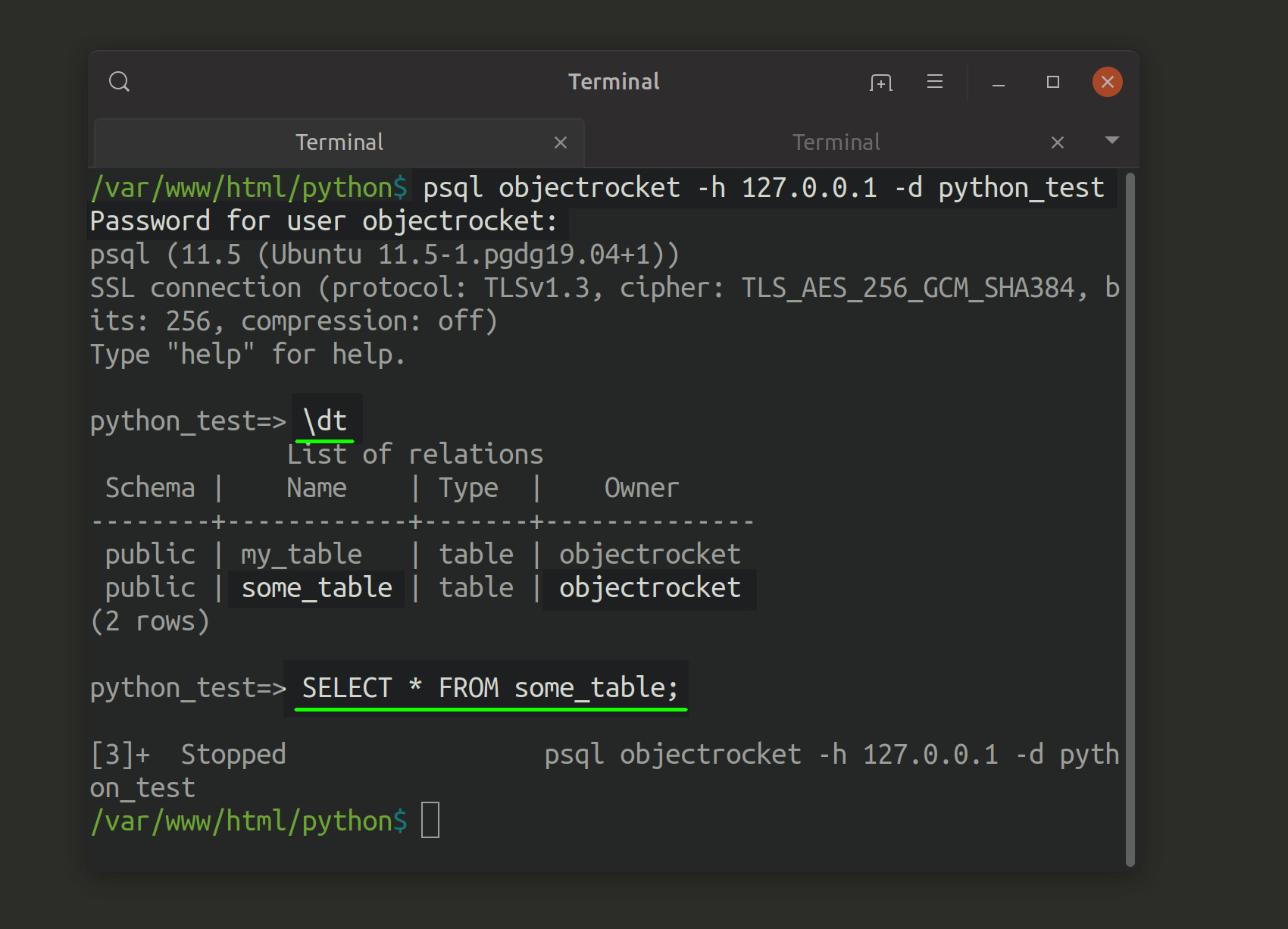 There are many ways to interact with PostgreSQL and execute various database operations. One common method is to connect to PostgreSQL via a Python script, using the psycopg2 package. In this tutorial, we showed you how to create a table and insert data using the psycopg2 adapter for Python. If you follow along with the examples we provided, you’ll be able to create your own Python script and execute whatever database transactions you need.

We looked at quite a bit of code throughout this tutorial. Shown below is the sample Python script in its entirety: