Backing Up All Databases In PostgreSQL

Written by Data Pilot
September 18, 2019
Subscribe
Like
Have a Database Problem? Speak with an Expert for Free
Get Started >>

Backing up a database is one of the most critically important tasks in any type of database administration. Regular backups ensure that any data lost due to corruption, crashes and breaches can be successfully recovered. This tutorial will explain how implement the PostgreSQL builtin tools and administrative options used to back up all database in PostgreSQL.

Prerequisites to Back Up All Database in PostgreSQL

How to use the PostgreSQL pg_dump Command

The following code is used to back up a PostgreSQL database:

How to use the PostgreSQL Backup Extension Format

Multiple formats or extensions may be used to store the PostgreSQL database backup. Examples include:

The following options can also be used to furnish additional instructions when executing the pg_dump command:

How to Backup a Single Database in PostgreSQL

With an understanding of how the pg_dump can aid in performing a database backup, this section will cover exactly how to use the pg_dump command to backup a database.

Execute the following commands in the given sequence: 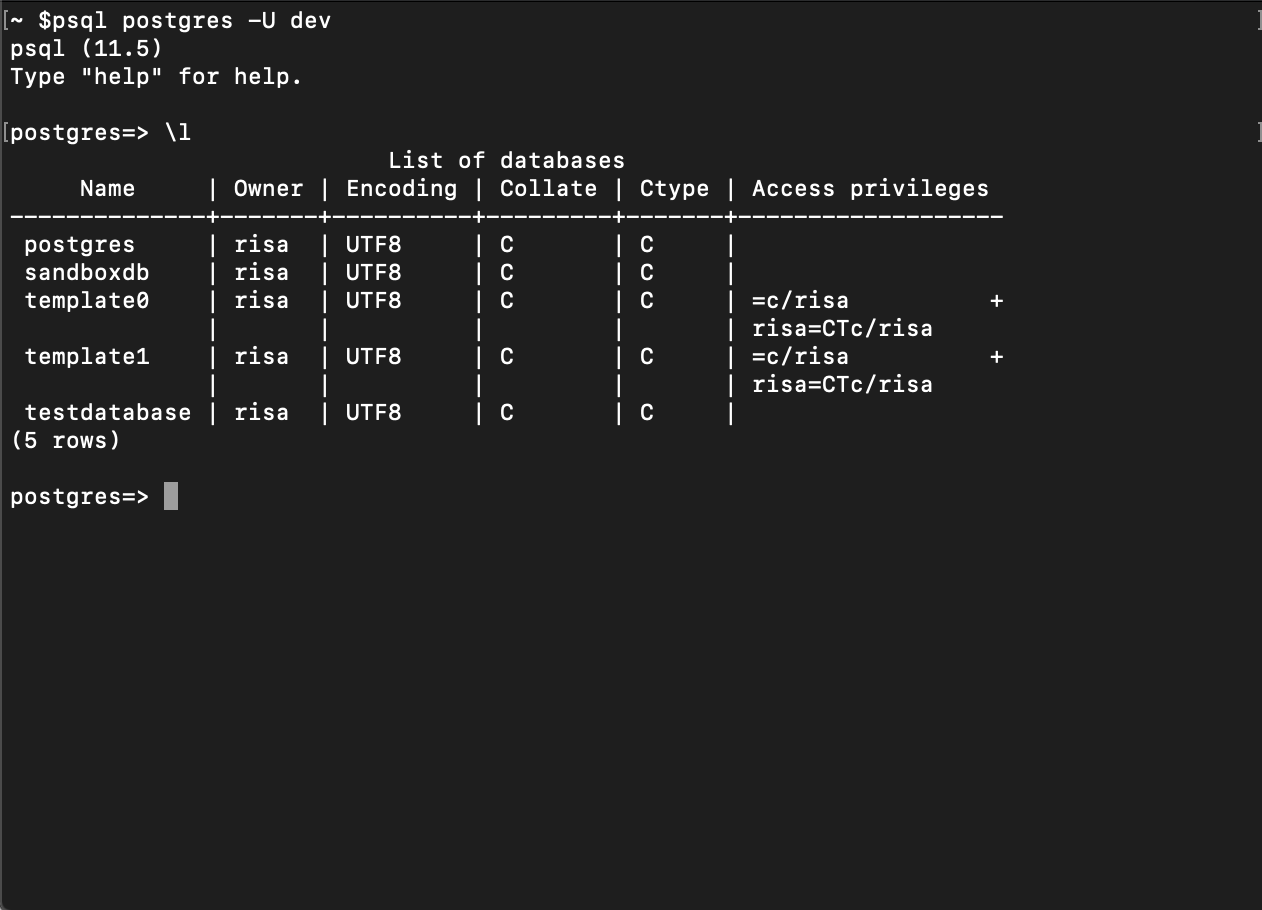 From here the decision on which database to back up can be made using the testdatabase command.

Now type the \q command to quit the database session and then execute the following code in the command line:

The above code instructs the pg_dump command to store the backup as the user risa in the following path: /Users/risa/documents/demo_single_backup.sql

The below image should be visible by navigating to the specified directory: 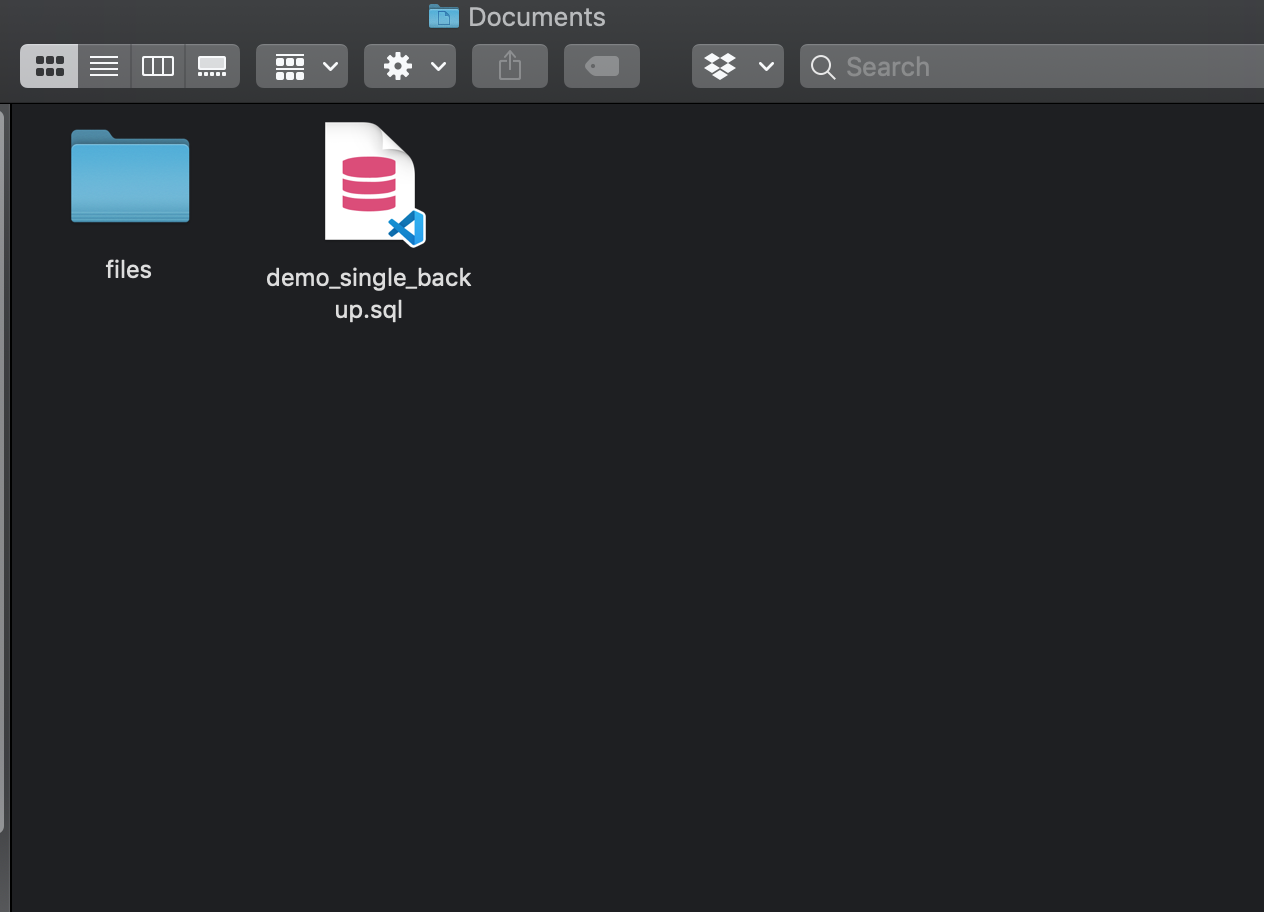 How to Backup All Database in PostgreSQL

The previous section covered how to backup a single PostgreSQL database. This section will explain how to backup all of the information existing in the database in PostgreSQL. This is accomplished by using the PostgreSQL pg_dumpall command to enable a backup of the entire database(s) at one time. However, note there are some caveats that should be taken into account before using this approach.

The syntax for the pg_dumpall command is as follows:

Now execute the below command to backup all of the existing database in PostgreSQL:

Notice that the syntax for both pg-dumpall and pg_dump is similar, but not identical. However, note that the -W option that instructs pg_dump to require a password was not used.

The following is the result of the pg_dumpall command: 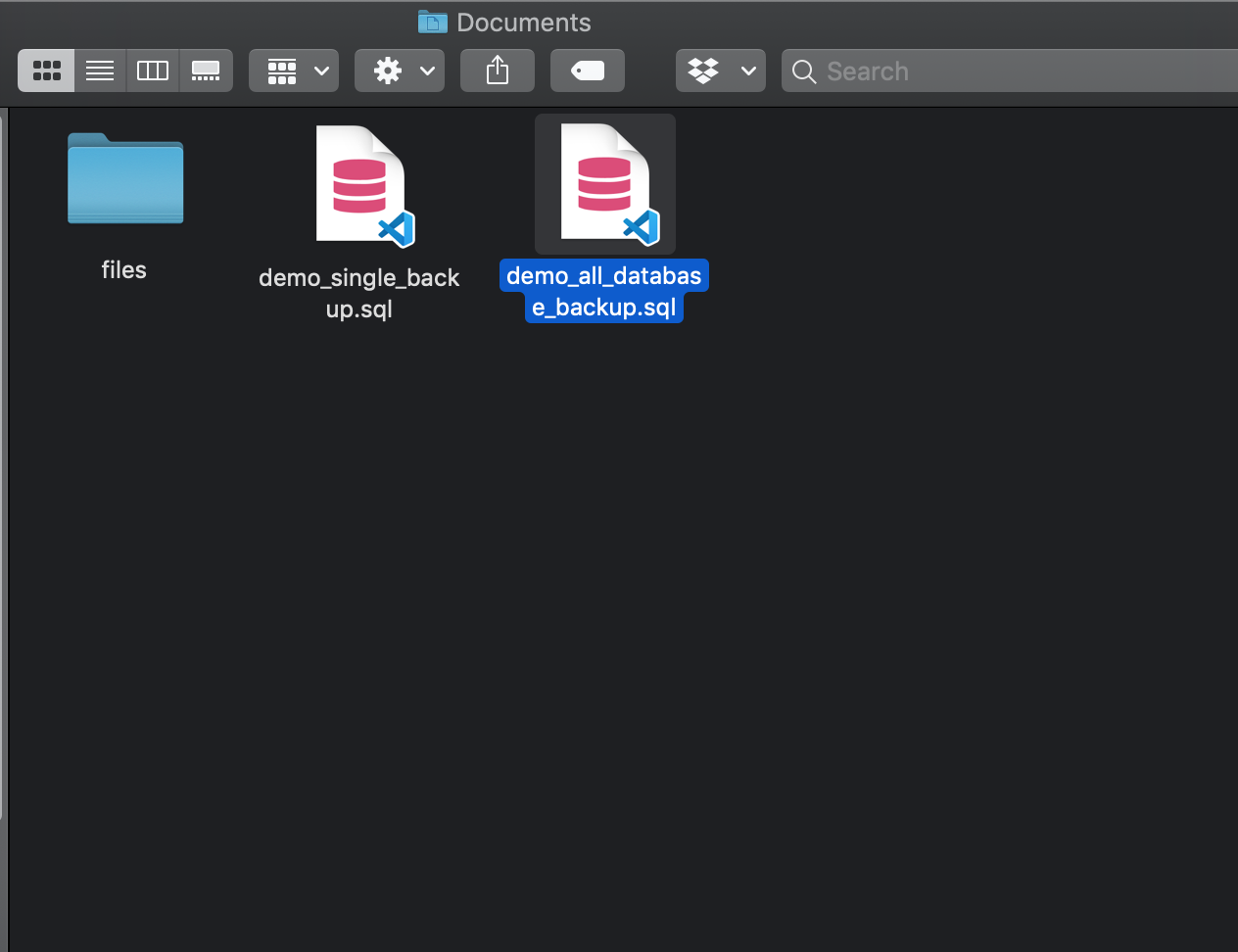