If you’re already familiar with how to use the PyMongo driver with MongoDB and would like to skip the detailed steps, go to Just the Code.

To prepare for your Python MongoClient examples, download and install Python3, the PIP Python Package Installer, the Community Edition of MongoDB, and PyMongo as indicated in the sections below.

NOTE: Get more details such as the path where Python was installed as well as the environment by inputting the command which python3.

Install the Community Edition of MongoDB

Select the correct version of MongoDB for your OS.

The PIP package installer is what you should use to install PyMongo on your OS. 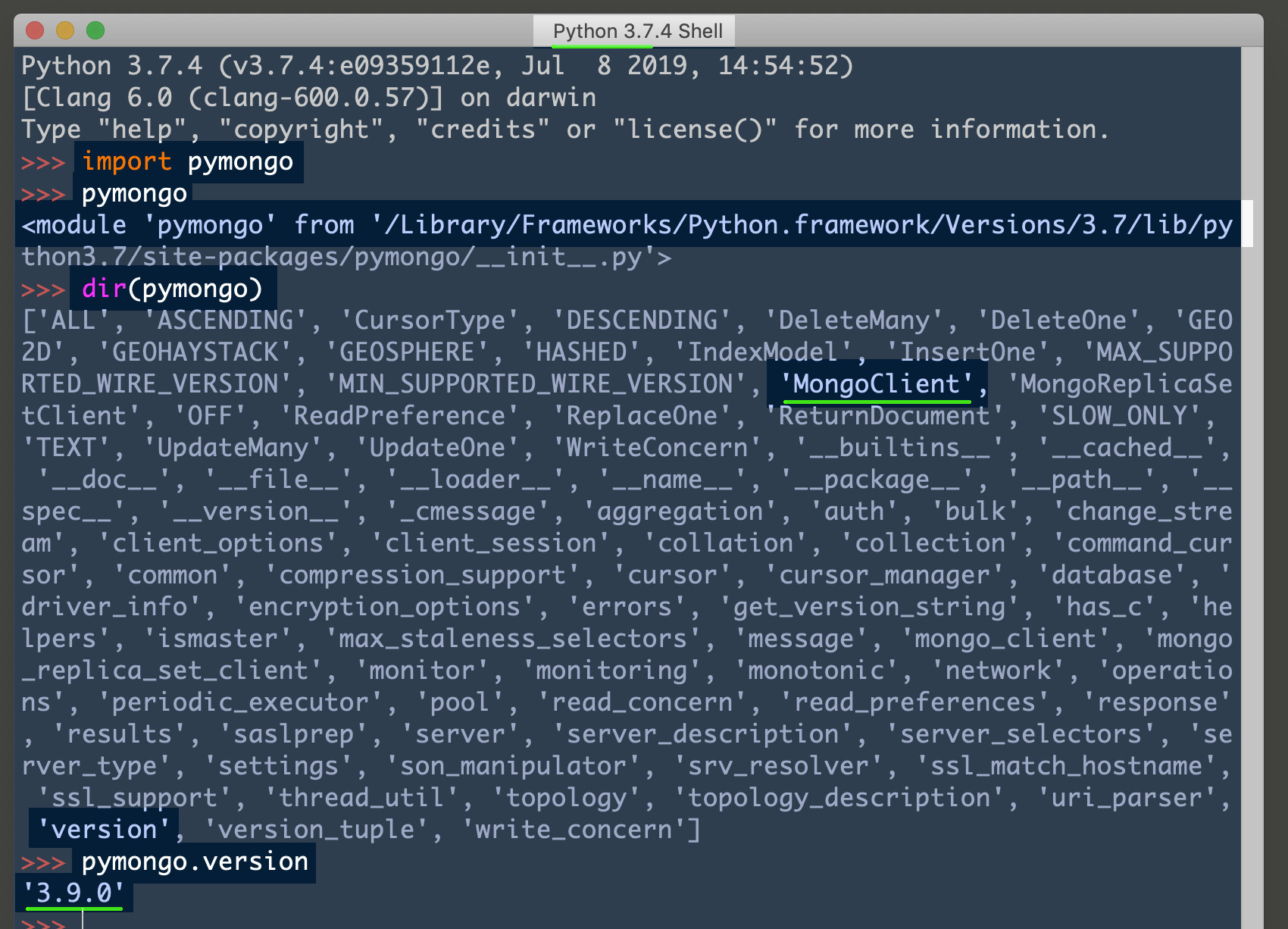 To proceed with getting prepared for completing your Python MongoClient examples, get Python to return the string of the library’s version after it import’s PyMongo.

NOTE: Ensure that PyMongo is compatible. Check that your version of MongoDB is v2.6 or higher by going to the command line and inputting mongod --version.

Here’s the explanation of the code you just entered:

As shown above, a PyMongo MongoClient instance is returned by the method call.

NOTE: It’s assumed that you have on a server, PyMongo. The server has a dedicated IP and some variables (environmental).

See a method and class attribute list by passing the class MongoClient to the dir() Python function. You’ll see server_info() and list_database_names() information returned in the list.

Get MongoDB server information from MongoClient

Get the database names from a MongoClient instance

Get a document using a MongoClient() instance

Find a document stored in the MongoDB collection

The code you just entered above utilized the method call in JavaScript command findOne(). 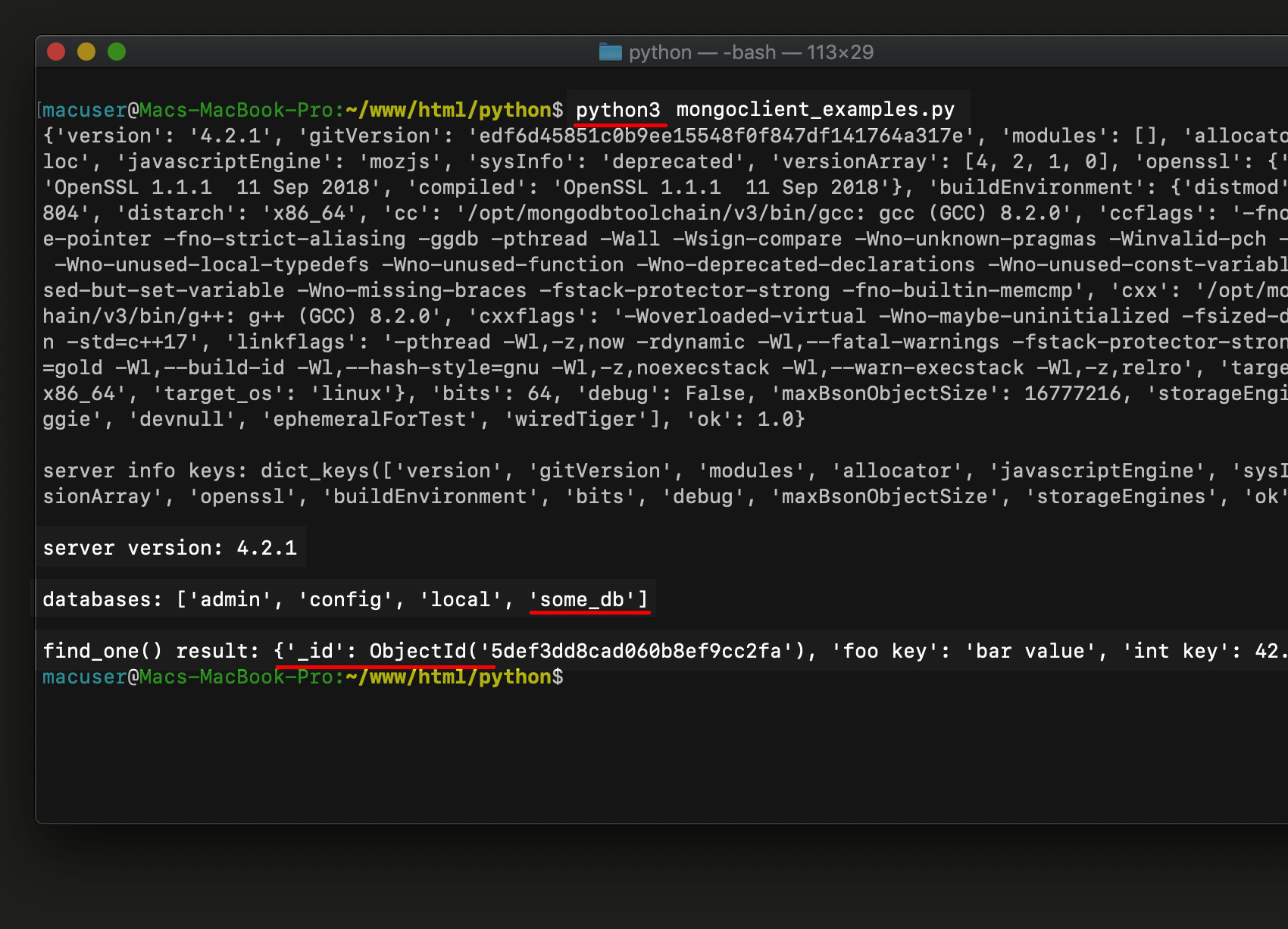 Here’s the code for the entire sample script used in this tutorial featuring Python MongoClient examples.