How to Use Python to Update API Elasticsearch Documents

The Python client can be used to update existing documents on an Elasticsearch cluster. In order to perform any python updates API Elasticsearch you will need Python Versions 2 or 3 with its PIP package manager installed along with a good working knowledge of Python. Once you have the basics requisites you will be able to use python update Elasticsearch documentsx000D in single or multiple calls.

Use the following Python command in IDLE or a Python interpreter to obtain the client’s version:

Obtain the version of the Elasticsearch cluster with a cURL request 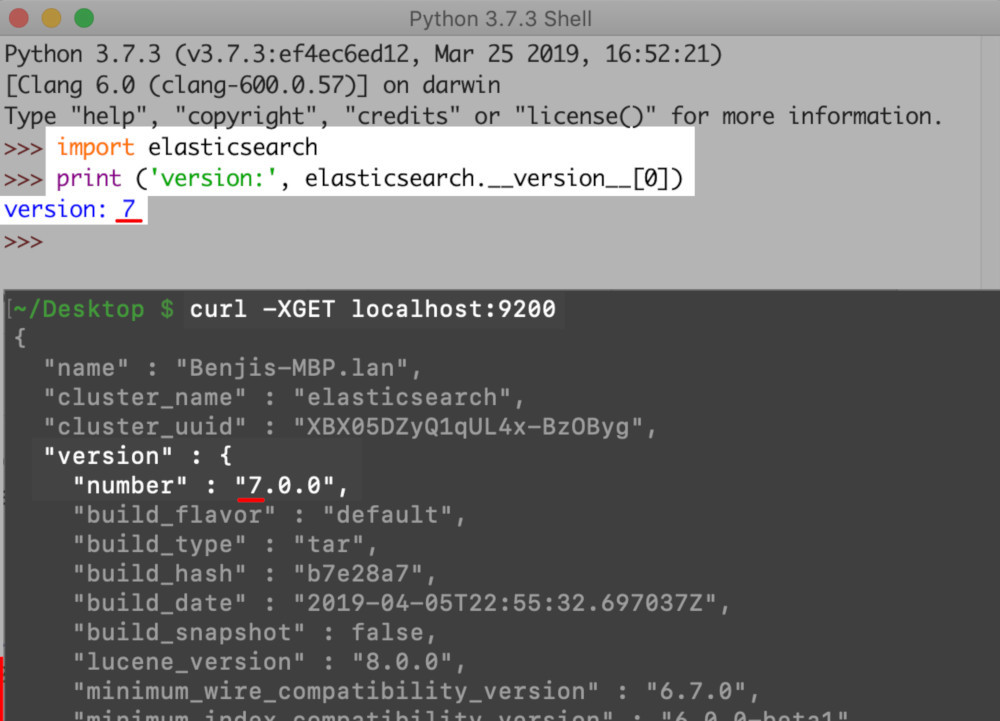 Connecting to the Elasticsearch Cluster with a Client Instance

You should now be able to connect to the Elasticsearch cluster and make requests to the cluster in Python. However, if you haven’t already done so, you will first need to import the elasticsearch library as follows:

At this point you should save and run the script to confirm there were no import errors. If everything was properly imported, the script should not output anything to the terminal.

Edit the script again and try making a client instance of the library that will be used when connecting to the Elasticsearch cluster:

NOTE: You do not have to pass the hosts parameter array at this point in development. It will connect with most localhost web servers by just instantiating the class without parameters (Elasticsearch()), or by using the string localhost, as in the following example:

GET the _Mapping of the Elasticsearch Document’s Index

For Kibana and cURL you can use a simple GET request with no JSON body:

Confirm that the Python dictionary object used to pass to the update() method matches the schema, or layout, of the index’s _mapping.

How to make a GET request with cURL to obtain the _mapping of an Elasticsearch index: 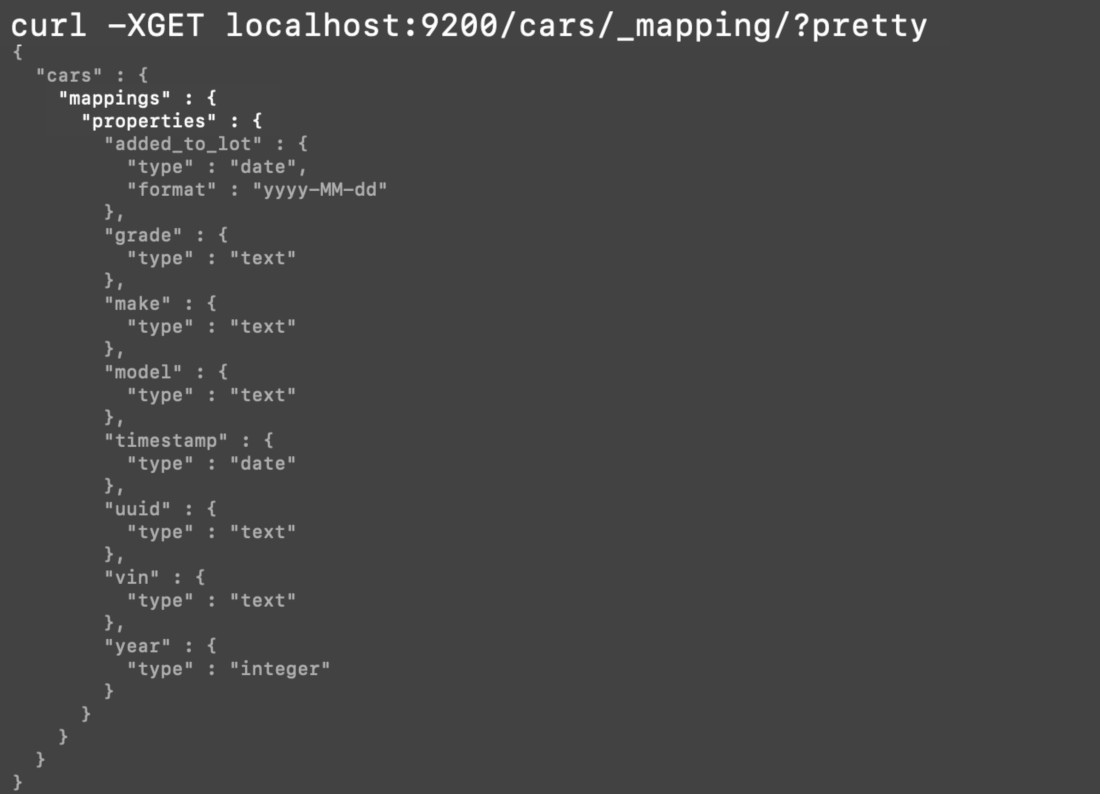 You can obtain the mapping of all indexes on the cluster using this GET request:

Confim you have the correct Elasticsearch document ID

It is imperative you make certain you are updating the correct document for the correct index. You can make sure you have the correct files by making a GET request for the document and its index that you want to update using either Kibana or cURL in a terminal. 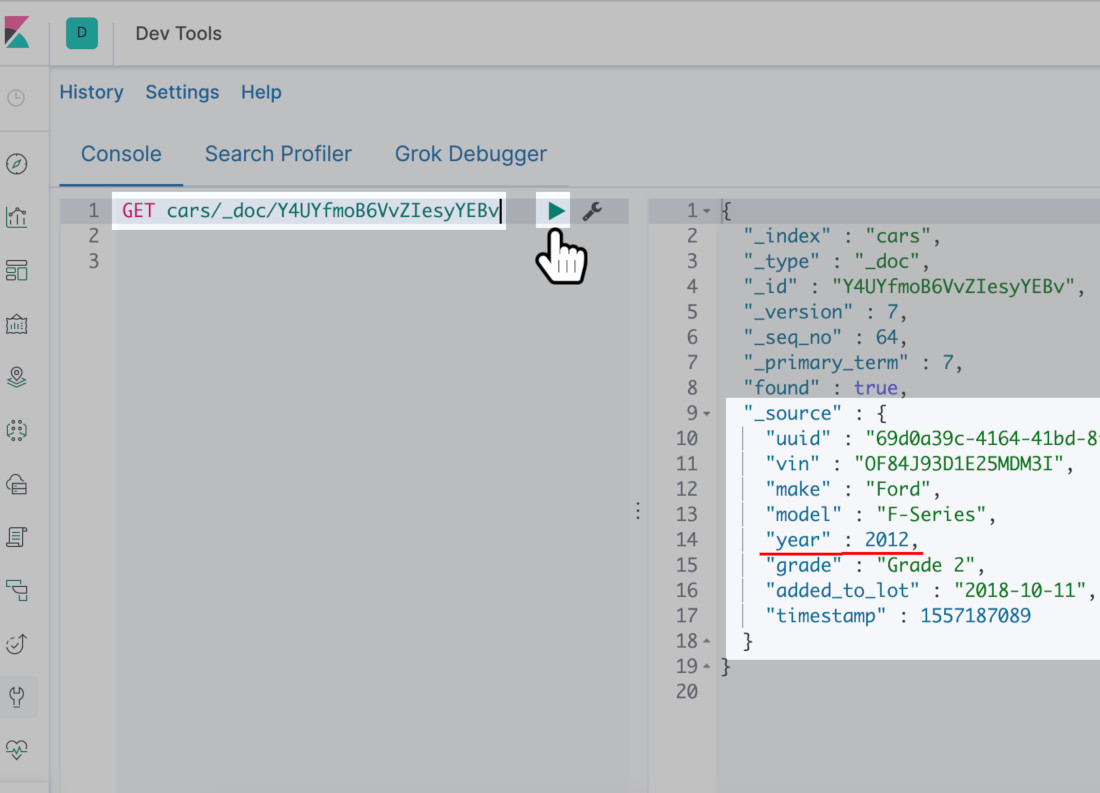 Let’s say an auto dealership has an Elasticsearch index for all the vehicles on its lot. The dealership needs to update a document for an older Ford truck that had the model year incorrectly indexed as 2012, instead of the actually production year of 2014.

Here you can use Python’s built-in time module to generate a time stamp of when the Update call took place by having the time.time() method return a float and then convert that float to an integer:

Here is the command to create a Python dictionary that will represent all of the document’s fields that require updating:

How to call the Elasticsearch client’s update() method to update an index’s document.

The structure of Python’s Update() method should, at the very minimum, include the index name, it’s document type (depreciated), the document ID and the content “”body”” that is being updated, as shown here:

NOTE: As of April 2019, the Elasticsearch document type is being depreciated so you may have to pass ""_doc"" for the doc_type parameter, depending on what version of Elasticsearch you are using.

Take the source_to_update variable, that was declared earlier, and pass it into the update() method as the body parameter. Have the call return a response and store it as a Python variable called response as follows:

Use Kibana to verify the update() call in Python was successful: 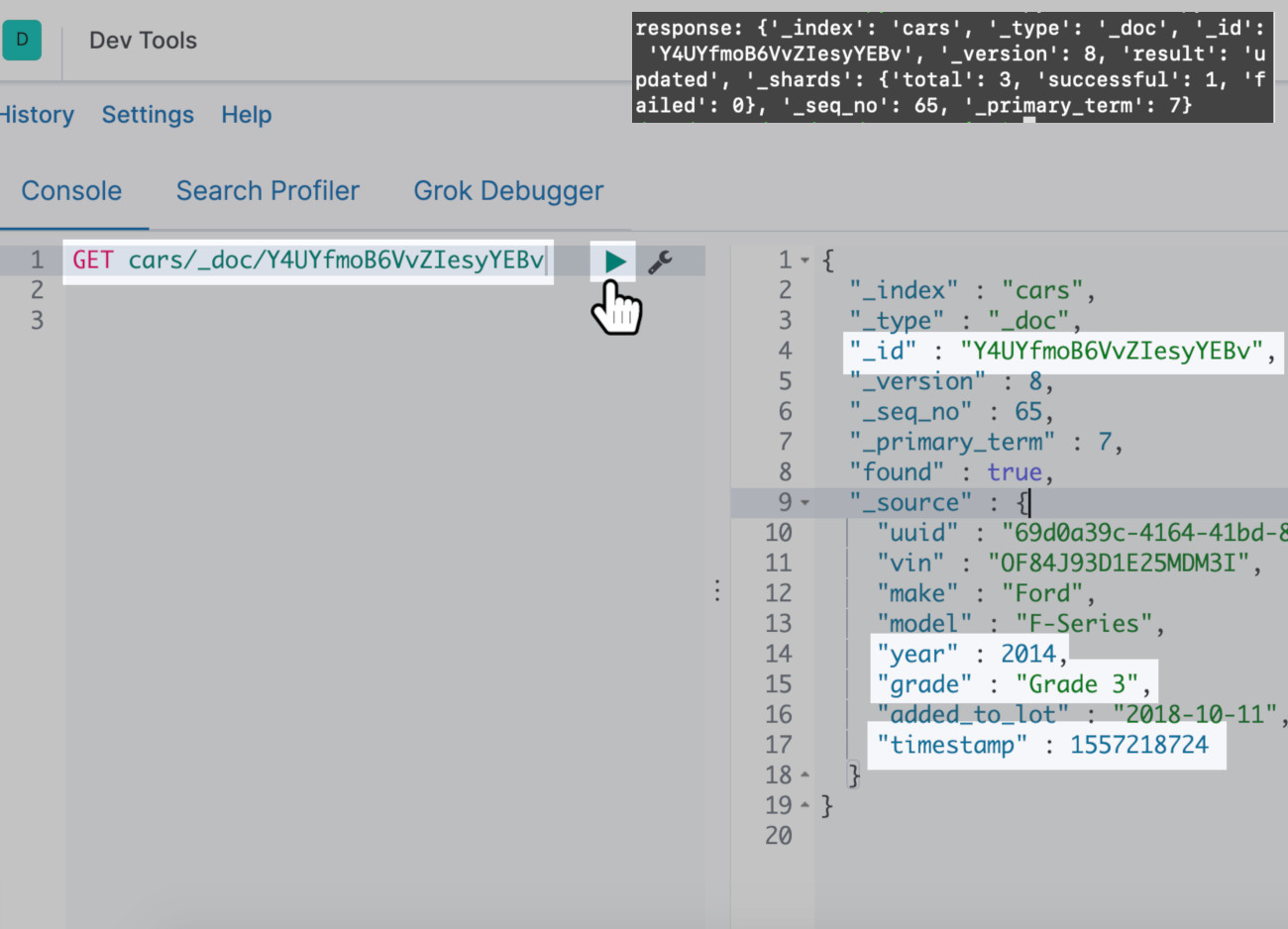 The truck’s year and “”grade”” should now be updated.

Print Out the Response of the Elasticsearch Update API Call

Execute a “”try and except”” block to catch errors and print out the API call’s response:

This is what Python will print out to console:

The Elasticsearch Update API is designed to update only one document at a time. However, if you wanted to make more than one call, you can make a query to get more than one document, put all of the document IDs into a Python list and iterate over that list.

To accomplish this, you will first need to create a search query dictionary to obtain the documents. Make certain you enter a number in the ""size"" option to return more than the default 10 document “”hits”” by setting the number higher than the default, as shown here:

Now create a timestamp, and iterate over all of the Elasticsearch documents inside the documents list to update their ""timestamp"" fields:

Now all of the documents in the ""cars"" index have an updated ""timestamp"" field: In this tutorial you learned how to update Elasticsearch documents using Python scripts. However, you will have trouble performing these types of updates if you do not possess a good working knowledge of Python. You must have Python and the corresponding version of its PIP package manager installed. However, as Python Version 2 is now considered depreciated, using Version 3 for Python updates API Elasticsearch cluster is strongly recommended. Remember, when using python to update Elasticsearch documents you must remember to confirm that the Python dictionary object you use to pass to the update method matches the schema of the index’s mapping. Additionally, always make certain you are updating the correct document for the correct index by making a GET request for the files you want to update using either Kibana or cURL.