Contents
Introduction Prerequisites What is GridFS? How to Add files to MongoDB using GridFS Conclusion

How To Store Audio Files in MongoDB

If you think MongoDB is just used for storing text data, you’re only scratching the surface of its capabilities. While it’s true that MongoDB is known for its fast and powerful text search, it can also be used to store other types of files such as images and even audio files. In this article, we’ll explain how to store audio files in MongoDB with GridFS.

Before we start looking at the commands needed to store audio files in MongoDB, let’s review some of the prerequisites for this task. There are a few important system requirements to confirm: ‘ * You must ensure that both MongoDB and the MongoDB Java driver have been properly configured beforehand.

NOTE: For the purposes of this tutorial, we assume that the MongoDB version being used is 4.0 and the MongoDB Java Driver is 3.8.2.

The GridFS API is a tool that’s commonly used for storing large files in a MongoDB database. It’s useful for storing and retrieving files that exceed 16MB– the maximum allowed size for BSON documents. GridFS works by breaking up these larger files into smaller “chunks” instead of storing it as a single document. Files are stored in two collections, which are named fs.files and fs.chunks by default; however, you can change the fs to something else if you’d like. Reading or writing a file begins with the fs.files collection. A typical fs.files document is split up in the following manner: 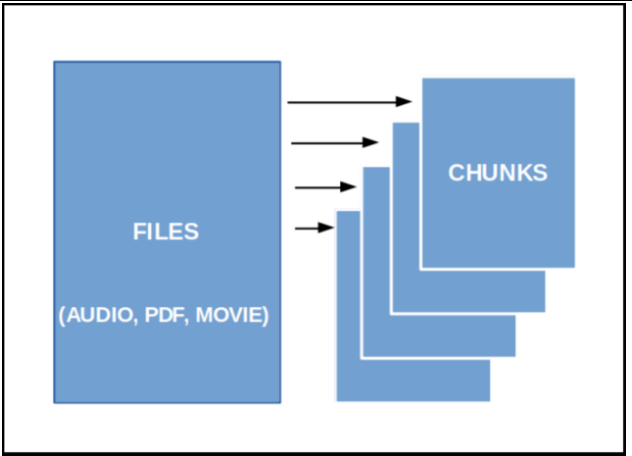 The fs.chunks collection can be rather lengthy, so for this example only a portion of the results will be displayed:

How to Add files to MongoDB using GridFS

Let’s look at some commands that can be used to add audio files to a MongoDB collection. MongoDB provides a command-line utility called mongofiles that allows users to manipulate files stored in MongoDB as GridFS objects.

A typical usage of mongofiles will look like the following:

In our examples, the option that will be used is --db, which specifies the database name on which to run mongofiles.

The command that will be used is the command put <filename>; this will copy the specified local file into GridFS storage.

The code shown below can be used to add audio files in MongoDB :

You can verify that the file was added to the fs.files collections using the commands shown below:

As a result, you should see the following: