How To Setup A MongoDB App Using Golang On MacOS

The Go programming language (Golang) helps developers, just like you, automate tasks more proficiently. Matter of fact, easier tasking could be one of the main reasons why it’s a popular and preferred language for many coders. Add to the mix, MongoDB, the database that’s document-based, and you’ve also streamlined your productivity in managing your documents.

Lastly, install Golang macOS, then install MongoDB driver macOS, and finally connect MongoDB Golang. That’s it. You’ve placed yourself in a consistent code working environment that’s likely to be reliable day after day. To get there, it’s vital to install MongoDB Golang driver and complete all of the other requirements correctly so they’ll work together seamlessly for you.

Find out more with this tutorial that explains how to setup a MongoDB app using Golang on macOS. If you’re already familiar with how to do this and want to bypass the steps in this lesson, skip to Just the Code.

Reload the configuration with source command

Obtain the variables and settings for Golang environment

Get the version number for Golang 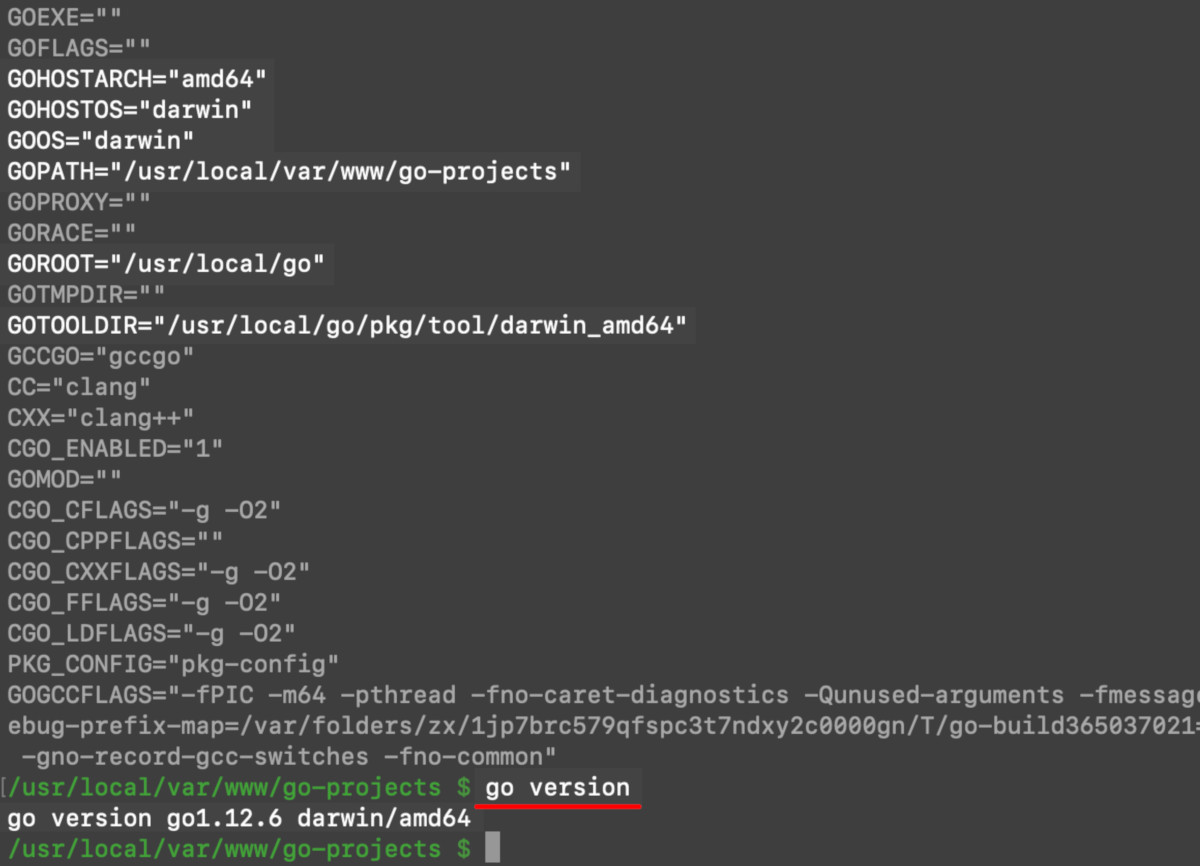 Get the MongoDB driver Golang

Make a new Golang document and connect it to MongoDB

>NOTE: Remember to rename the .go file’s name from mongo-test to something else. 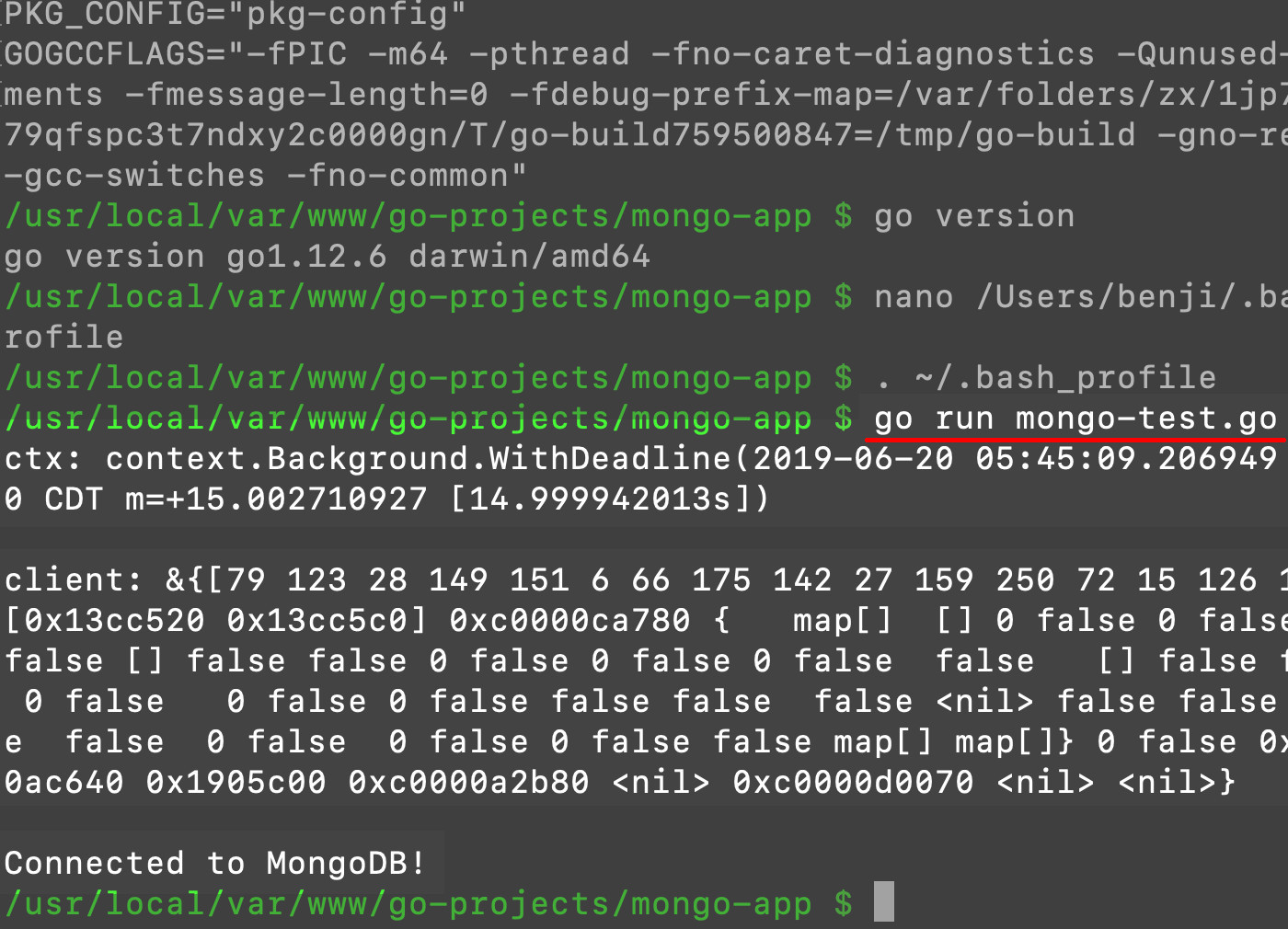 A most proficient day of code development is possible with the Go programming language (Golang). In this tutorial, you learned how to install Golang macOS, how to install MongoDB driver macOS, and how to connect MongoDB Golang. In other words, you found out how to setup a MongoDB app using Golang on macOs in a straightforward way. As a result, you can now manage tasks more efficiently when you code.

You’ll take advantage of many more benefits as you continue to work with Golang, the MongoDB, the MongoDB driver Golang, and the macOS environment. Now that you’ve started, commence to coding brilliantly today.