How to Install and Setup a MongoDB Server on macOS

MongoDB and macOS make a complementary duo. MongoDB is the perfect storage database for JSON documents. It offers scalability as well as flexibility for indexing and querying. Combine it with the power of macOS and you’ll unleash zooming productivity that will spoil you. Install MongoDB server macOS and there’s nothing stopping your search capabilities.

Setting up MongoDB on your macOS isn’t difficult if you have a streamlined way of getting it done. Two common ways to accomplish this are by using a Tarball archive from the MongoDB website or from the terminal with the Homebrew installer package. The latter is the simplest. If you go that route, be sure to install the brew package manager first. Let’s try both methods. This step-by-step tutorial explains how to install and setup a MondoDB on macOS.

The macOS finder shows an alphabetical listing of apps from left to right. Inside the Utilities folder is the Terminal.app.

Homebrew is downloaded and installed from a macOS terminal window . Use Homebrew to Install MongoDB

Now, you’re ready to install MongoDB. It’s best practice to update the brew packages first. You want the latest version because you want to take advantage of the latest technology.

Use a terminal window to run MongoDB

Also in the terminal window, use nano or another command line editor to edit the configuration file found at /usr/local/etc/mongod.conf:

How to Stop the terminal service, MongoDB

Stopping the MongoDB service in a macOS terminal. 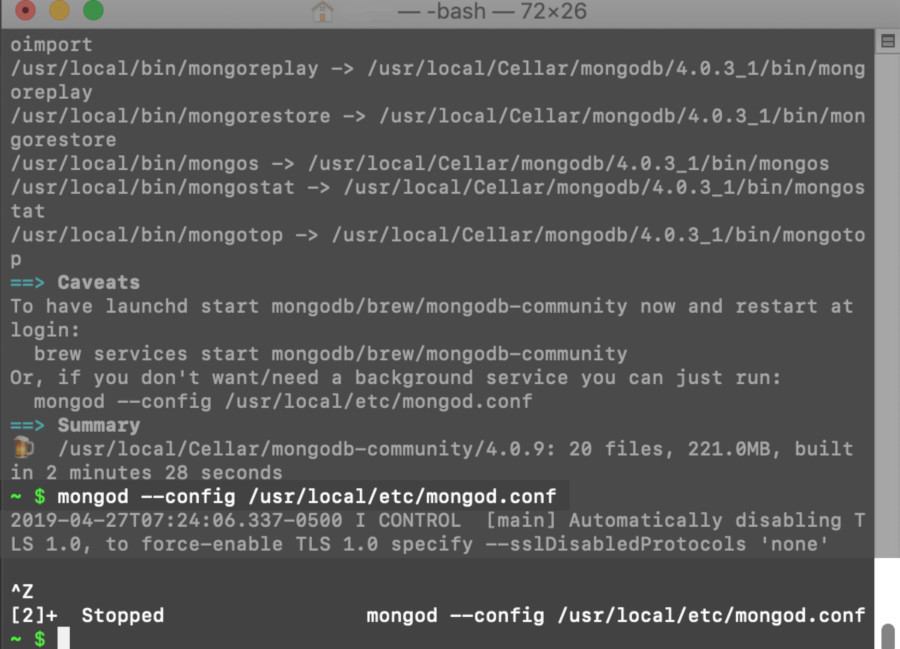 Use a TAR archive to Install MongoDB

Here, the current release version of MongoDB and the macOS 64-bit x64 options are selected on the MongoDB Download Center’s website. 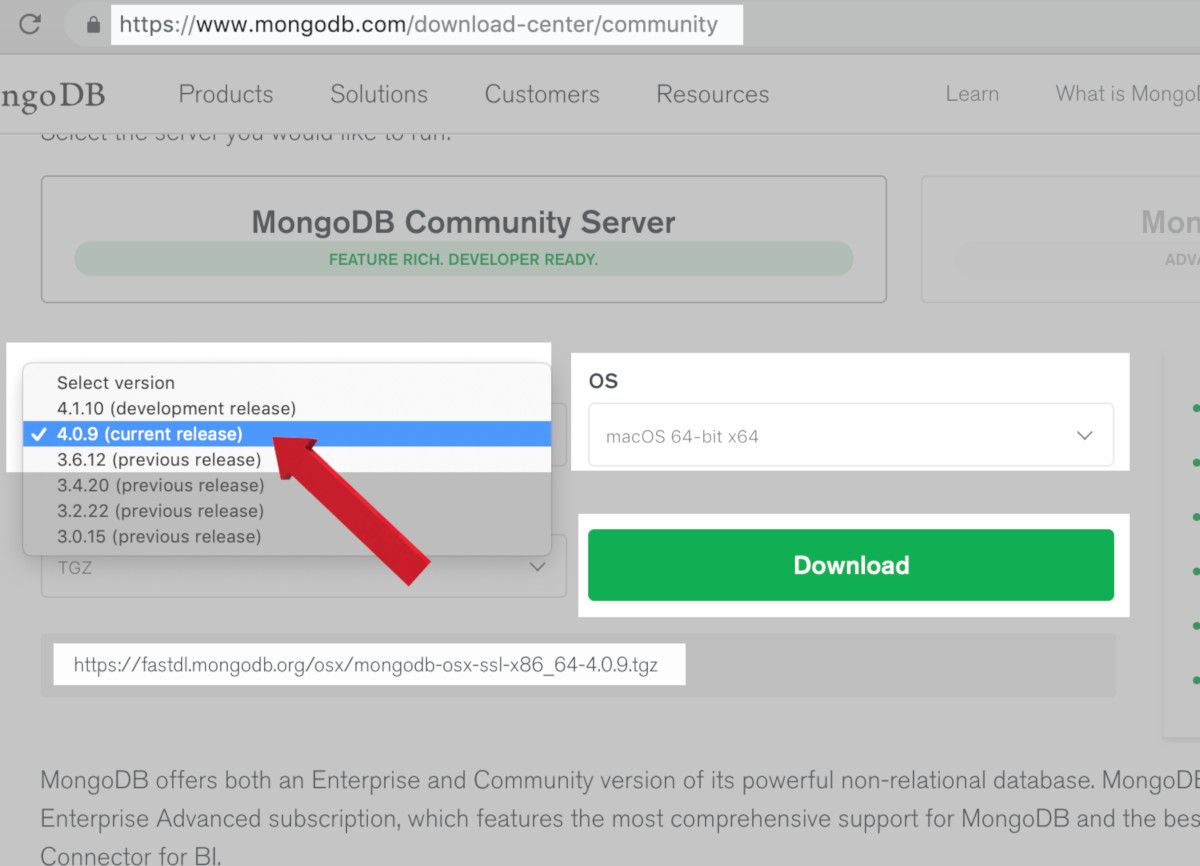 Configure the MONGO_PATH in the .bash_profile shell script

A screenshot of the .bash_profile shell script being edited with the nano text editor: 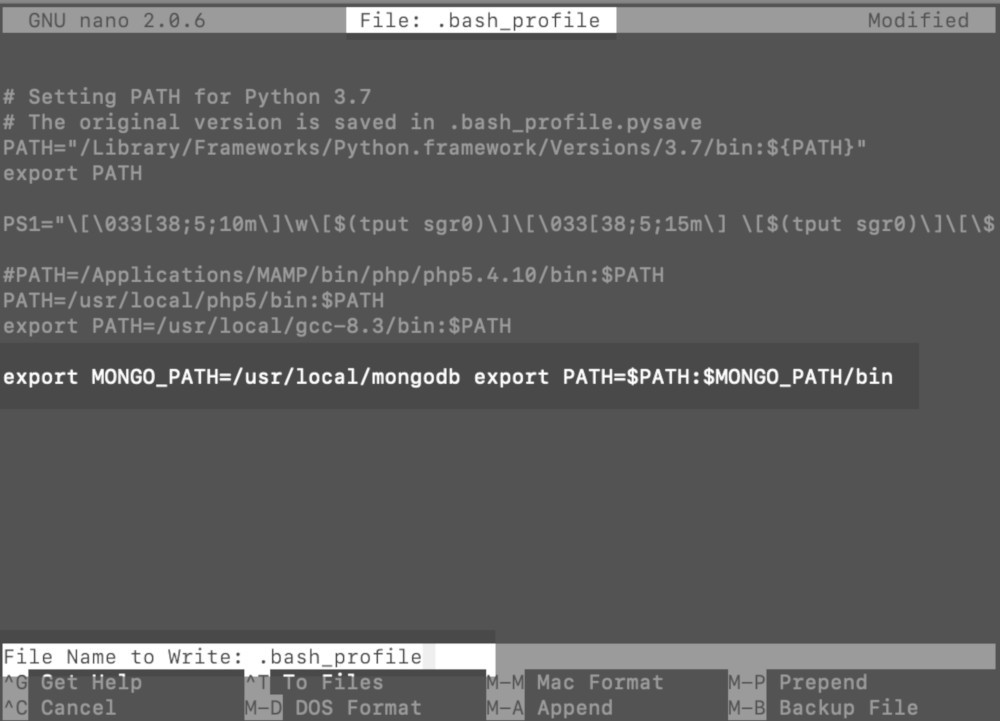 Start the MongoDB service on macOS

This tutorial explained how to install MongoDB server macOS. As you have learned, it’s easy to do. There are two common ways to install MongoDB: from the terminal using Homebrew or by way of the MongoDB website where you’ll use a Tarball archive. Together, macOS and MongoDB’s storage capabilities, indexing prowess, and analyzing ingenuity is all you need to propel your productivity day in and day out.