Written by Data Pilot
January 01, 2020
Subscribe
Like
Have a Database Problem? Speak with an Expert for Free
Get Started >>

This tutorial will explain the steps required for configuring Laravel to perform an insert operation against a MongoDB document. Laravel is a PHP web-application framework using a refined syntax that is designed to make the common tasks of authentication, routing and caching simpler. As MongoDB is an excellent data storage system for API-heavy applications, the two programs are compatible and complement each other nicely when used to insert MongoDB document using Laravel.

Note: A Windows system was used for executing the examples in this tutorial.

How to Configure MongoDB database in Windows

This section will explain how to configure a MongoDB database in a Windows system to insert MongoDB document using Laravel.

If it has not already been done, the PHP MongoDB driver must be downloaded. For best results, the driver version should be compatible with the currently installed PHP version.

To download the PHP MongoDB driver, execute the following steps in order:

Note that the driver must be bootstrapped once the server starts.

With MongoDB now properly configured, the Laravel project can now be created by executing the following steps in sequence:

This command will install Laravel in the system and will create a new directory inside the xampp’s htdocs named “laravelmongo.”

Verify the Laravel project was successfully created by entering the following URL in the browser: http://localhost/laravelmongo/public. 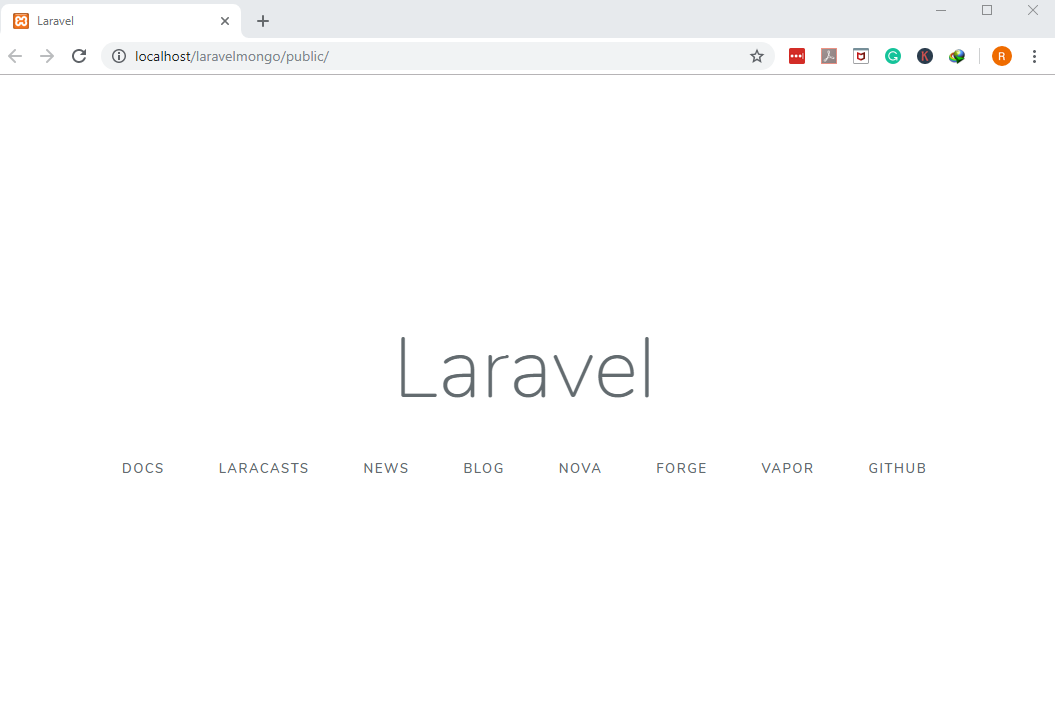 This section will explain how to create a virtual host that will customize the URL from this: http://localhost/laravelmongo/public to this: laravelmongo.net.

To do this, execute the following the steps in sequence:

Now test the application to confirm it is using the laravelmongo.net URL configured previously. 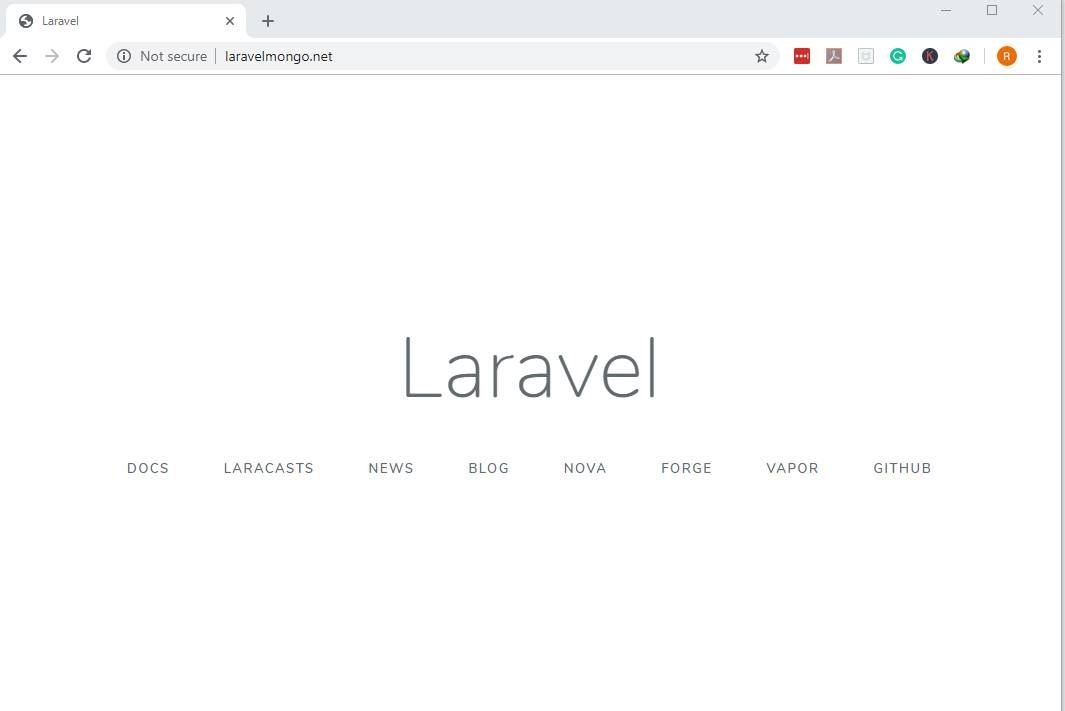 If successful, the applications will now be using the customized URL!

With a running Laravel application properly set up, the MongoDB database can now be configured to work with the application.

This process for installing the MongoDB package in Laravel is very straightforward, however, make absolutely certain to execute the following command from the project directory:

The MongodbServiceProvider can be registered by appending the following PHP script within the app.php under the config directory as follows:

This section will cover creating a model for the application using the following command in the command prompt or terminal:

This command will generate a new file in the application called Product.php. Open and append that file with the following PHP script:

Create a new template in the application under the directory resources\views and name it create_phone.blade.php.

Now append the following HTML tags to create a form with the {{route('product.store')}} action:

The form created by the above code will be defined in the following section.

Create a Laravel Controller and a Route

This section will explain how to create the Laravel controller by executing the following command: php artisan make:controller ProductController

The following code will use Laravel to insert a MongoDB document:

Now the route of the application can be defined by modifying the web.php under the routes directory and executing the following PHP script:

Note that the above scripts will load the form as a default homepage and the next code will route the request from the form, here being product.store, to the controller for performing the insert function.

The application can now be tested and should resemble the following:

The insert operation can now be verified via the Mongo shell as follows:

This tutorial explained the steps used to insert MongoDB document using Laravel. The article specifically covered how to configure Laravel to work with a MongoDB database and explained how to configure the MongoDB database in Windows, install Laravel and set up the Laravel virtual host. The tutorial also covered how to register the MongoDB provider, create a Laravel model, create a Laravel controller and create a route and how to verify the insert operation was successful via the Mongo shell. Remember that the PHP MongoDB driver must be bootstrapped once the server starts and before trying to insert MongoDB document using Laravel.”