How to CRUD MongoDB using NodeJS and SailsJS Part 2

Written by Data Pilot
November 11, 2019
Subscribe
Like
Have a Database Problem? Speak with an Expert for Free
Get Started >>

This second part of this tutorial will go into how to utilize CRUD MongoDB using NodeJs and SailsJs for performing operations with MongoDB. The previous section of this tutorial series, part one, explained how to set up the project by installing SailsJs along with the necessary API or resource needed for the application.

As SailsJs uses sails-disk as local disk storage by default, this section will cover how to configure MongoDB for the SailsJs project.

Execute the following code to install the Sails-Mongo adapter via the command line: 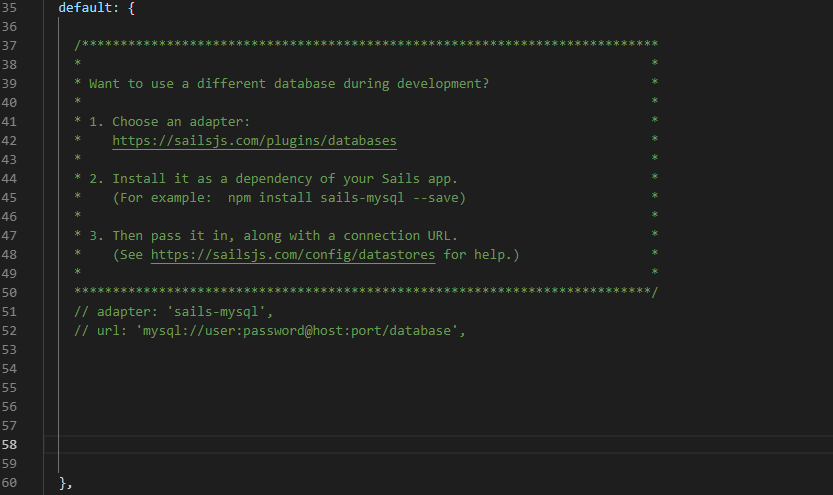 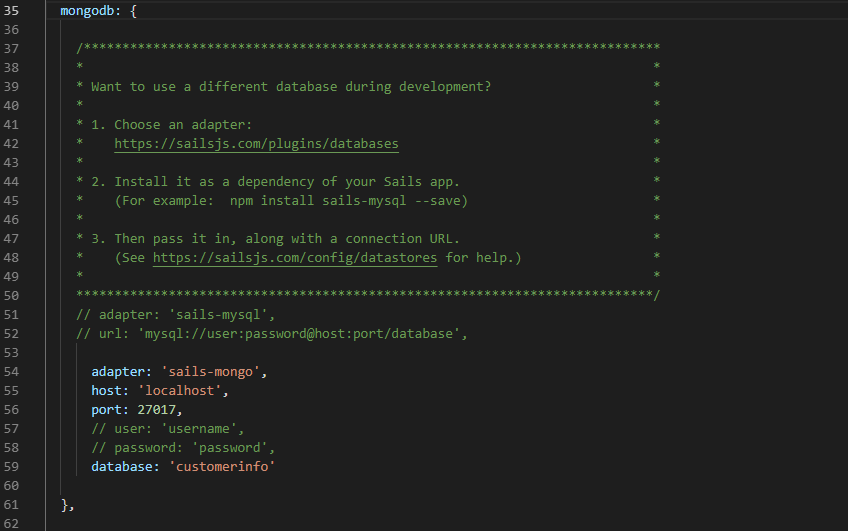 Now the connection name must be reflected within the model API that was created in the previous section of this tutorial. Open up the file Customer.js and type in the following details after the attribute:{}:

Note: A different database can be specified for different models, if required.

Now save the changes and then test the browser to determine if there is an error. 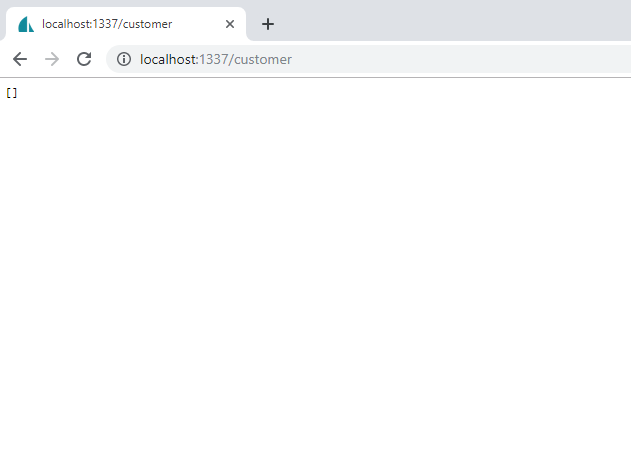 Note that the browser displayed an empty array, This indicates that a connection to the MongoDB database was established.

Now try to add a new document in the MongoDB via SailsJs blueprint. Put the following details in the URL and press “Enter:”

Now test the browser again, to confirm the data was added to the database, by navigating to the following URL: localhost:1337/customer 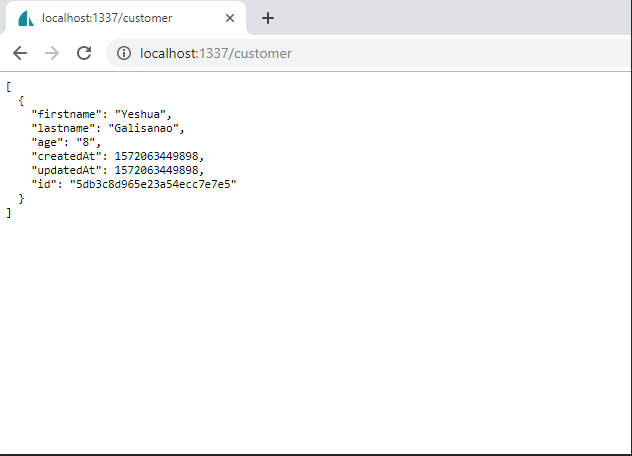 It can also be confirm that the record was saved in the MongoDB database by logging into MongoDB via Powershell.

Knowing that the SailsJs and MongoDB server connection is working properly, the record within the customer collection can now be persisted.

Setting Up the Model

This section will cover how to configuring the basic model structure that will be used for the duration of this tutorial.

Place the following structure within the customer.js file where it says attribute:{}, as shown here:

This section will explain how to design the homepage within SailsJs via different ejs files or the Embedded JavaScript Template.

Save the changes and then see how it looks in the browser using the following URL: localhost:1337. 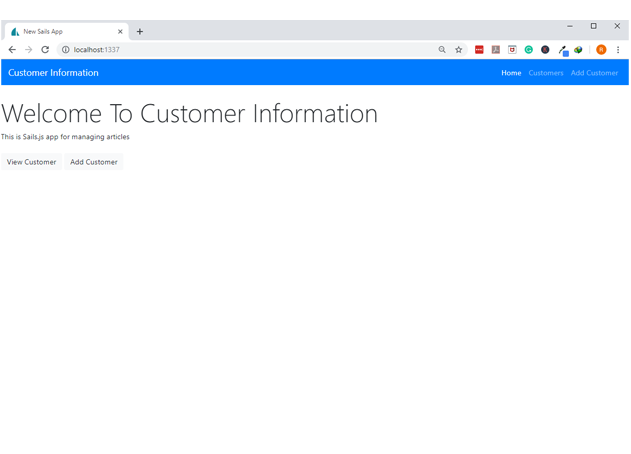 This shows that the integration of Bootstrap into SailsJs was successful.

Part two of this tutorial series explained how to utilize CRUD MongoDB using NodeJs and SailsJs for performing operations with MongoDB. The article specifically explained how to configure MongoDB in SailsJs, how to install the Sails-Mongo adapter, connect MongoDB to SailsJs and test the browser. The tutorial also covered how to set up the model and provide a basic design to the homepage. Remember that the layout.ejs file controls the layout across all of the pages.

Below is the entire code that we use in the homepage.ejs and the layout.ejs files.