Get MongoDB Database And Collection Names with PyMongo and Python

Python 3 and its PIP package manager need to be installed on the machine that will make API requests to the MongoDB server. Use the following commands to ensure that they’re installed:

You can install the pymongo Python distribution for MongoDB using the pip3 install command: 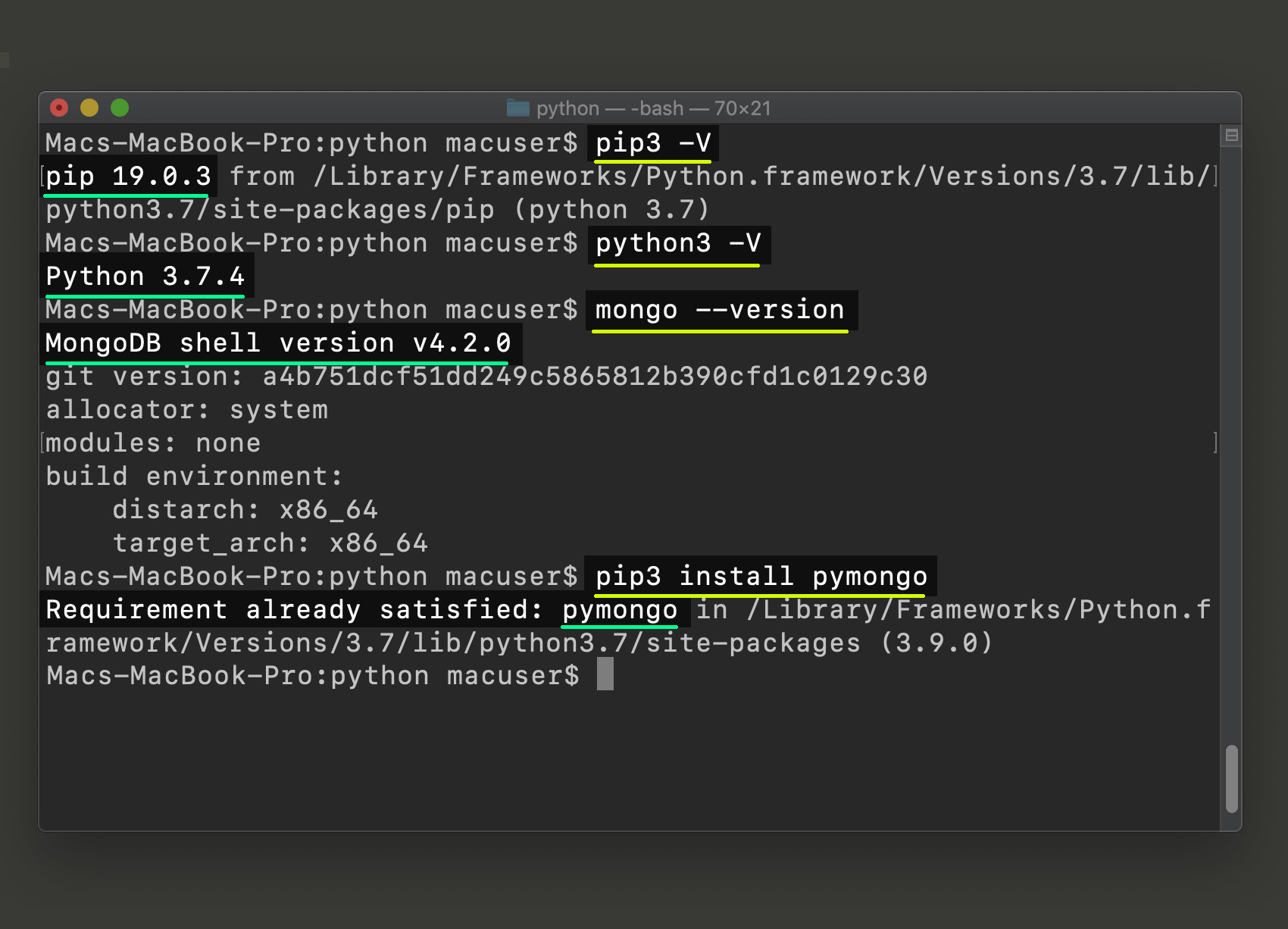 The MongoDB service, and mongo Shell, need to be installed on your machine as well. You can use the mongo --version command to verify that it’s installed.

Create collections for a MongoDB database

If you have the MongoDB Compass graphical interface installed on your machine you can use it to create some collections.

Create a new database (if you don’t have one created already) by clicking the plus sign (+) at the bottom left-hand side of the GUI application: 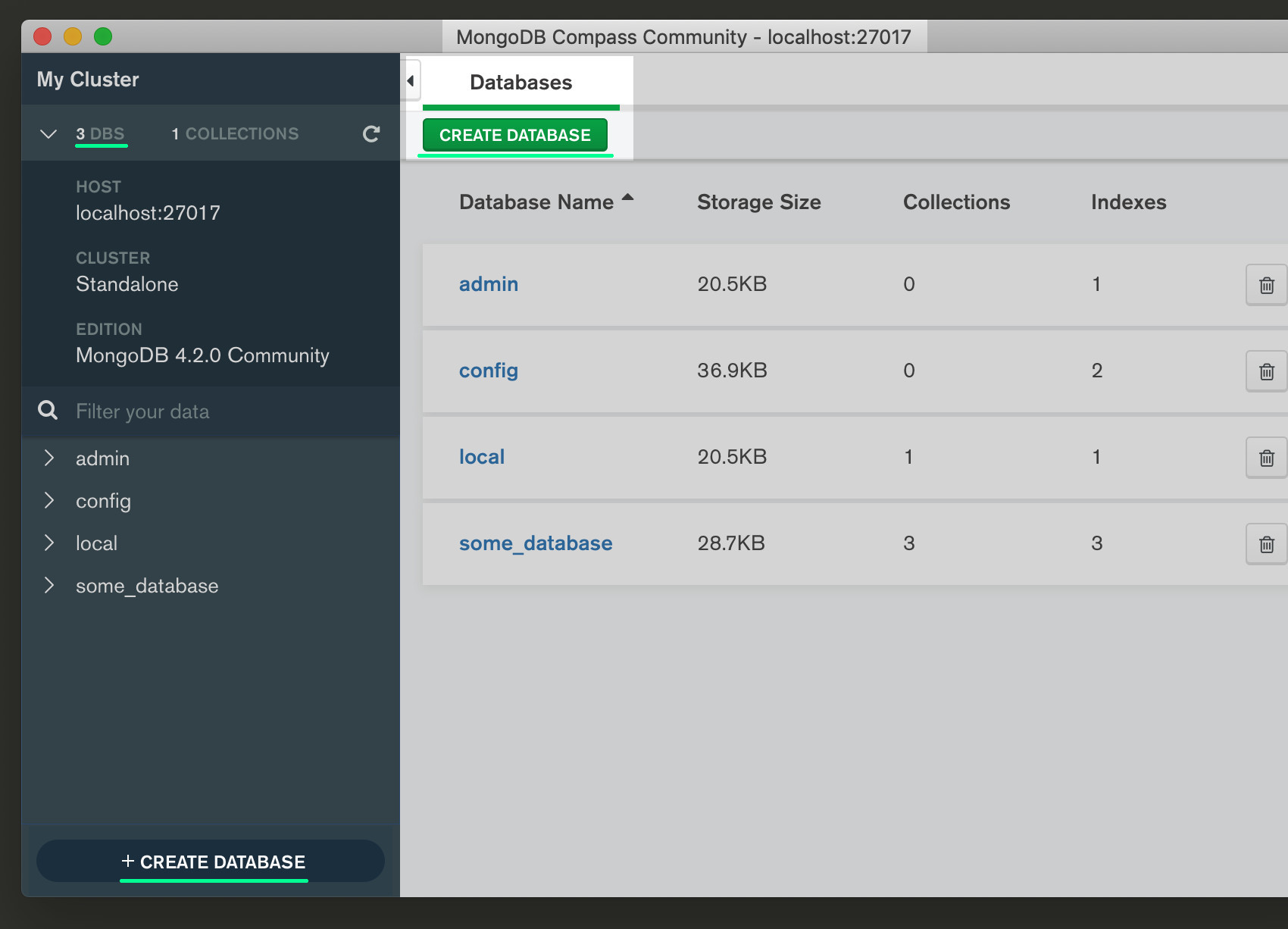 Once you’ve created a new database you can click the plus sign (+), next to the database name on the left-hand side, to create a new collection: 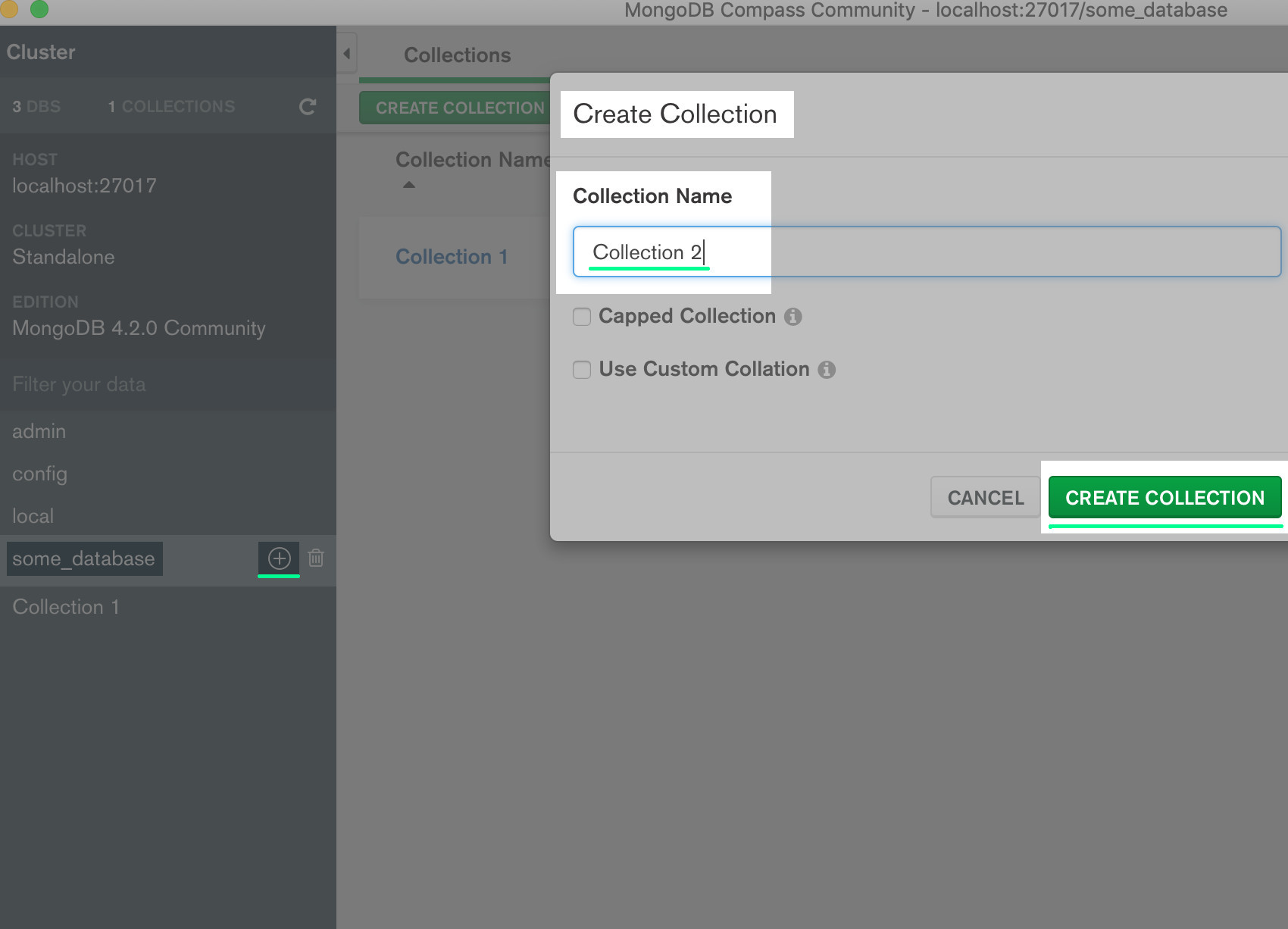 Create a MongoDB collection in the mongo Shell command line

Another way to create a collection is in the mongo Shell command-line interface by typing the mongo command in a terminal window. Once you’re inside the mongo Shell type the use command to connect to a database:

If the collection name has no spaces in it you can also create it using the following example code:

Use the show command inside mongo to have it return all of the collections on your current database: Now that you have some collections, and at least one database, you can use the PyMongo distribution for MongoDB to return them, and strings, in a Python script.

Use the touch command in a terminal window to create a new Python script (with the .py file extension), or you can also use an IDE with Python support, like Visual Studio Code, to create a new file.

At the top of your script make sure to import the necessary PyMongo libraries, and instantiate a string and integer object for the host parameter’s domain and port values.

The following code imports the MongoClient and errors libraries from pymongo:

The next step is to declare a string and integer for the MongoClient() domain URL and port number respectively:

Make sure that you change the values in DOMAIN and PORT so that they match your server’s settings.

The following code attempts to connect to the MongoDB server inside of a try-except indentation block by concatenating a string, from the host variables declared earlier, and then passing it to the MongoClient() method call:

The code above uses the serverSelectionTimeoutMS parameter in order to attempt to attempt the connection for 3 seconds. If an exception is returned by pymongo, or if the connection otherwise fails, then the client object instance of MongoClient() will be set to None.

Get the database and collection names using the

If the connection was successful then the following code will return all of the database names for the MongoDB connection:

Use Python’s enumerate() function to iterate over the database names

Iterate over the MongoDB collection names in Python

The list_collection_names() method should also return a list of string names. The following code is another iterator, nested inside of the iterator for the collection names, that will print the name for each collection:

NOTE: The database_names() and collection_names() methods for the MongoClient library are now deprecated in newer versions of PyMongo.

Make sure to save the code inside of the Python script and then you can run it using the python3 command for Python 3.x: 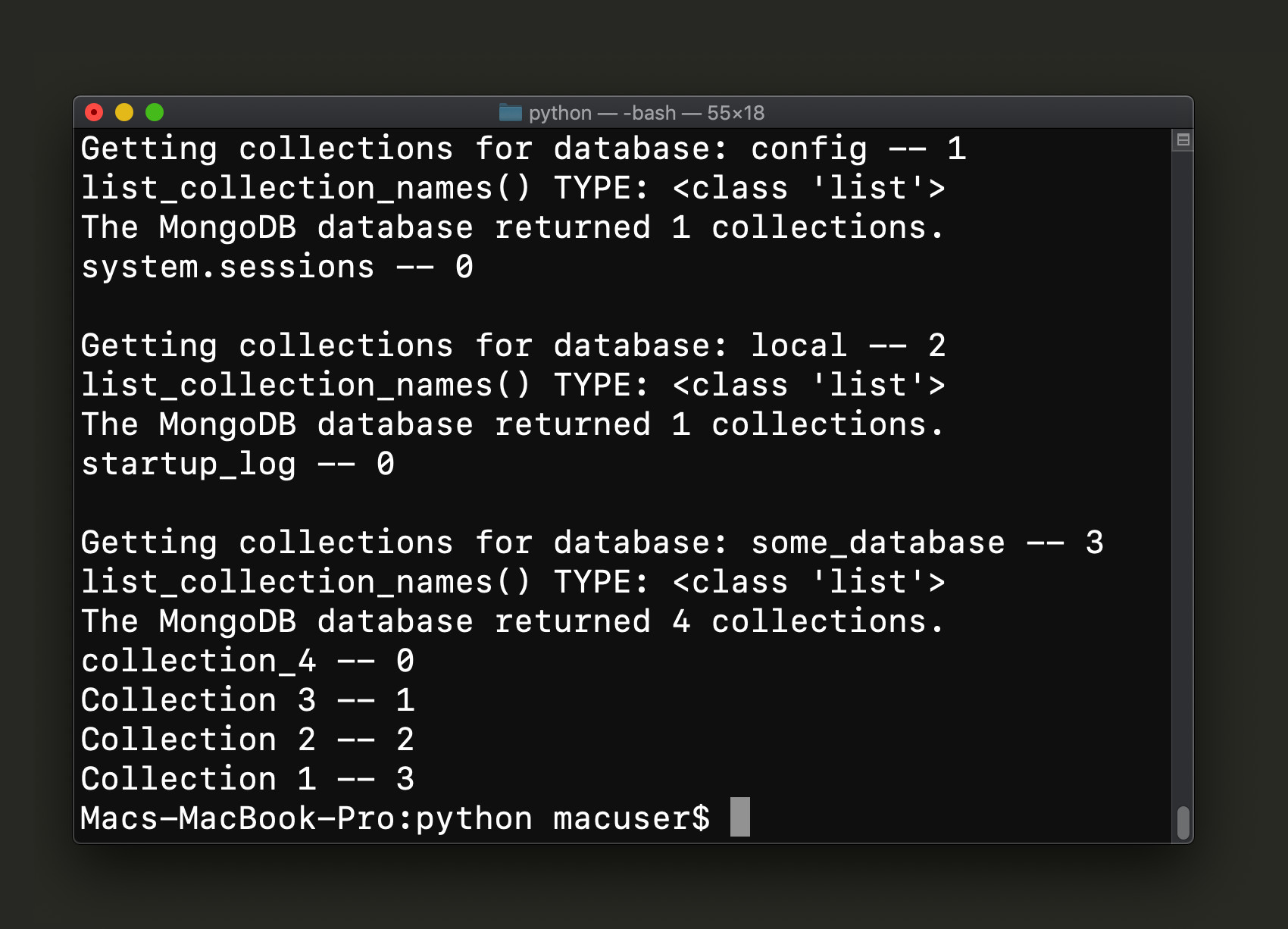 The tutorial and example code in this article should have given you a good introduction to MongoDB database and collection names, and how you can use the PyMongo distribution for MongoDB to retrieve the strings names for the databases and collection in a Python script.