Written by Data Pilot
August 26, 2019
Subscribe
Like
Have a Database Problem? Speak with an Expert for Free
Get Started >>

When you work on a MongoDB database project, it’s important to verify that your port and domain are correct. Having the wrong settings and not realizing it right away can quickly lead to slowed productivity and increased frustration. This tutorial shows you how to check MongoDB server running PyMongo Python so that an exception is raised if the server doesn’t connect. You benefit by being able to correct the settings and make method API calls without further hesitation.

If you know the steps and want to forgo the details of this tutorial, skip to Just the Code. 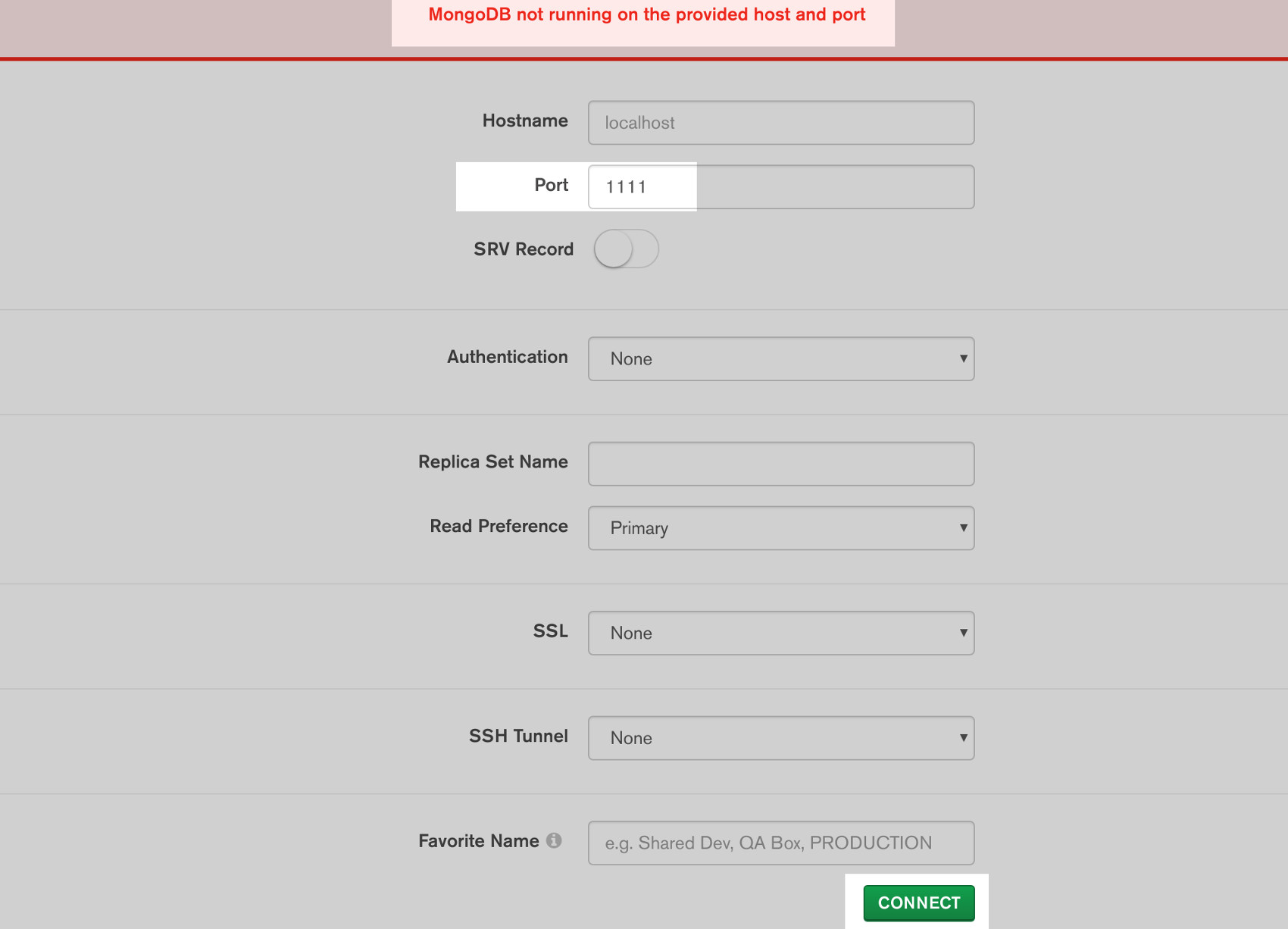 MongoDB is a powerful document database that focuses on search and document retrieval capabilities. Exception raising is not the highest priority. But that should be okay giving what MongoDB has to offer far outweighs how it handles exceptions.

When the MongoClient() receives the settings of the port and domain and they aren’t the same as the server, an exception won’t automatically be raised. The good news is that there are ways to go around it so your coding isn’t hindered in the least. 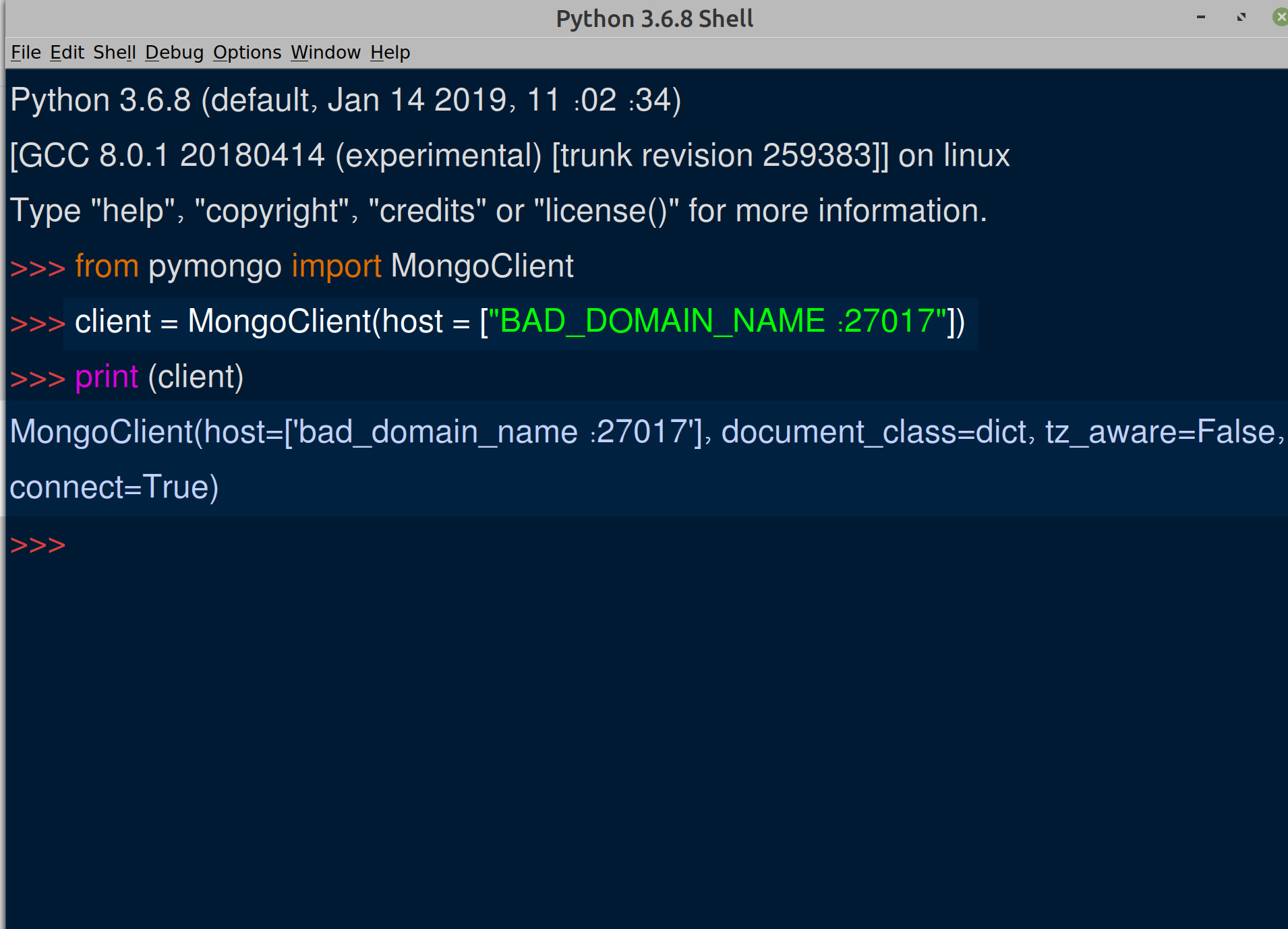 Raise an exception with the server_info() client object method

Use the parameter serverSelectionTimeoutMS for the connection call timeout

The above code stops the API call to connect to MongoDB after a few seconds time has elapsed, and raises an exception. 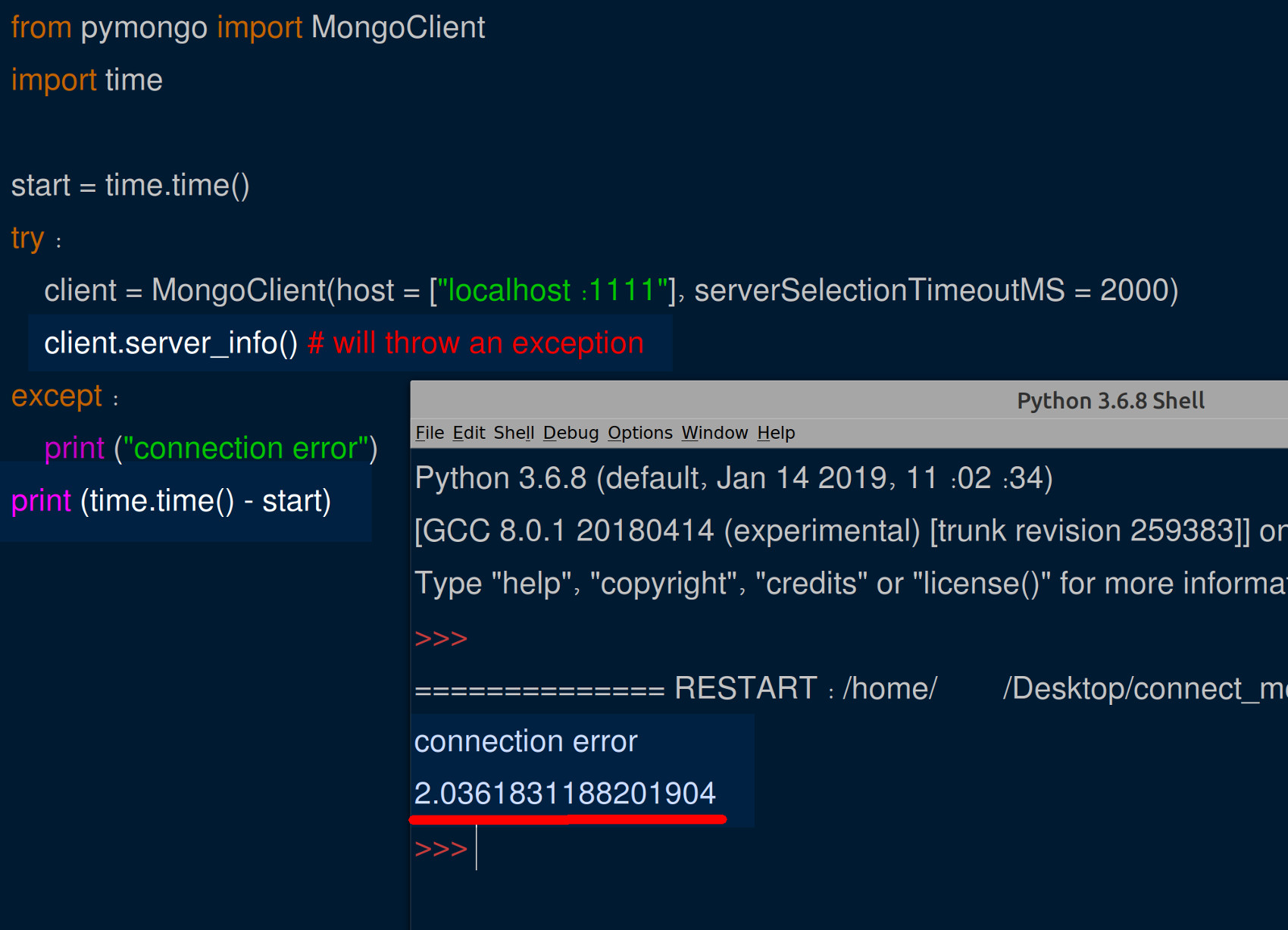 >NOTE: Thirty seconds is the default timeout if you don’t set the timeout integer of the serverSelectionTimeoutMS method.

Do an importation of the PyMongo driver Python packages

Make a Python function declaration to use PyMongo to connect

Use the host string to make a MongoClient() client instance

Determine if connection settings are valid

Analyze the client instance of PyMongo

Perform some API calls to find exceptions of the ServerSelectionTimeoutError

This tutorial explained various ways to check MongoDB server running PyMongo Python. In it, you learned how to intentionally raise exceptions to verify that a connection failed. You also discovered how to confirm a valid MongoDB server connection.

In a successful connection, the correct port settings and domain were specified. It’s good to know that you can verify your connection settings in a variety of ways. Now you can pick which method works best for you and have some backup techniques to select from as well.

Here’s a complete sample code to for you to check MongoDB server running Pymongo Python.