Eclipse IDE and Maven must be properly installed and configured before beginning.

The following dataset belongs to the table tblresto within the restodatabase.

How to Create the Java Project Structure

The project explorer should display a file tree with data that resembles the following after configuring MAVEN to an Eclipse project: 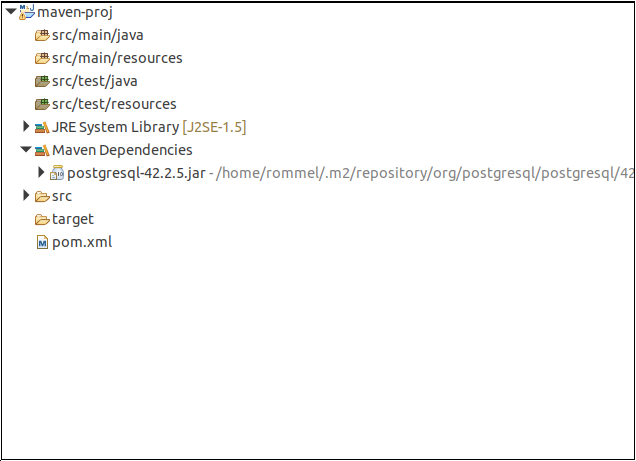 The maven-proj project structure should now resemble the following: 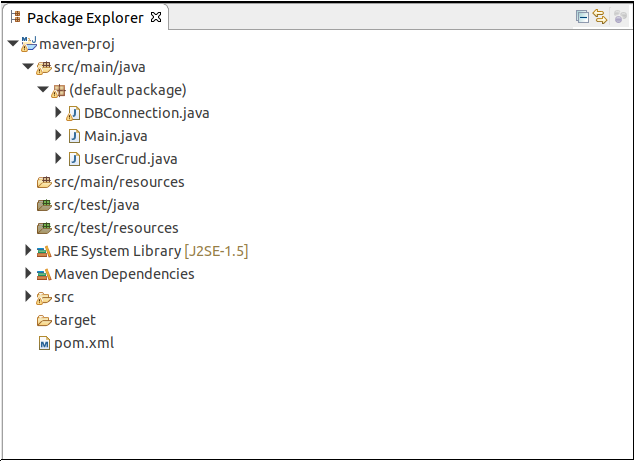 How to Connect the Java JDBC Driver to CockroachDB Database

In order to perform the insert command in CockroachDB the connection between the java jdbc driver and CockroachDB must be configured. Execute the following code in the DBConnection.java Class:

The above connection utilizes singleton class that controls access to the resources, being the database in the above example.

Updating a Single Record in CockroachDB

The following section demonstrates how to update a single record in the CockroachDB database.

Now that Eclipse IDE has been properly configured with Maven and the database is ready, the updates to the data on the existing records can now be executed.

Let’s follow the above format to perform an update within the CockroachDB data.

The above SQL will update a column named “stars” from table “tblrestaurants” and change its value to 1.

NOTE: Its the WHERE clause that specifies which data should be updated, without this it will update all the data within the stars column.

Open the userCrud.java then create something like the following code:

The result from the above code should look something like the following:

The following section will show ways on how to update a multiple record in CockroachDB database.

To use the above format, use the following code:

Below java code will update multiple record into the CockroachDB database.

The result of the above code when verified via Shell using this command: “SELECT * FROM tblrestaurants;”

To execute the codes we discussed in the previous section, use the Main.java class to make a function call to the update command.

Below is the entirety of the code for this article.