Written by Data Pilot
July 12, 2019
Subscribe
Like
Have a Database Problem? Speak with an Expert for Free
Get Started >>

Begin a local cluster in CockroachDB

Here’s what the different parts of the code indicate:

Make a database sample to test the examples of code

You’re ready to connect the CockroachDB database and the Go pq driver.

>NOTE: If you compile the package main as a shared library, it won’t work out right.

Here’s an explanation of the code for importing dependences:

Use struct to create fields that match the database table

*Using Go lang’s struct is the way to create named properties or fields that are the same as the newly created table, tblrestaurants.

Here’s an explanation of the above code:

>NOTE: See the example table below for referencing the order of the database table.

Details of the func main() function

(1) It states that “/restaurants” prefixed URLS is what it will only handle. The name of the function in the HTTP request is restoIndex. 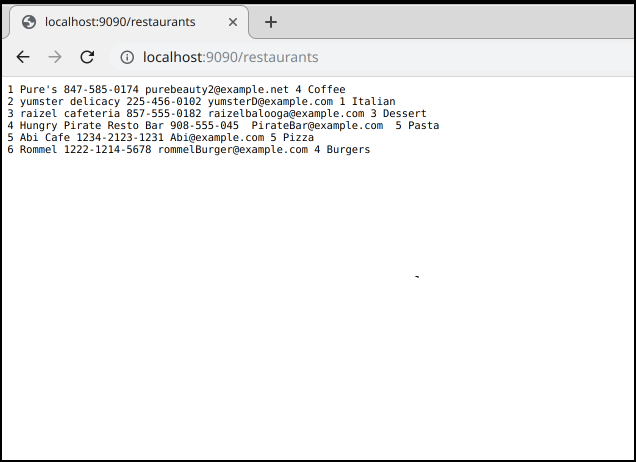 Congratulations! You’ve successfully finished this tutorial on how to retrieve CockroachDB record using Golang via web app. Today, you created a test database and table with retrievable records. You also connected the Go Postgres driver that enables communication between applications. Now you’re ready to fetch data from CockroachDB Golang correctly and confidently. Use the process outlined in this tutorial in your projects often.