This tutorial will explain how create web app using PHP and CockroachDB. Steps will demonstrate how to set up the PHP project folder structure, how to set up the cluster and how to connect PHP to the CockroachDB database. A basic knowledge of HTML, CSS and PHP scripting language is required.

How to Setup the PHP Project Folder Structure

The PHP files used in this tutorial are as follows: 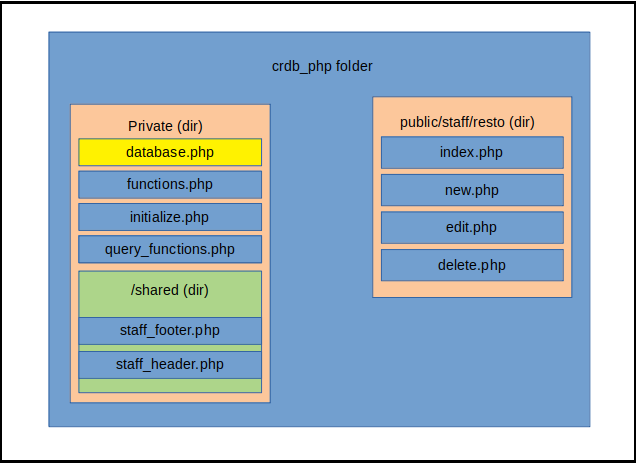 How to Setup the CockroachDB

First, create a database and user access for the new web app via CockroachDB shell.

How to set up the cluster

Open a terminal and execute the following command to start a CockroachDB node. For this function, use a single node only in the local cluster, as follows:

NOTE: It is normal to encounter the above warning when creating a cluster via insecure mode (–insecure).

Now open up another terminal and connect the CockroachDB Built in SQL client with the following command:

How to setup the CockroachDB database and its user(s)

Now create the database that will be used in this tutorial with the following SQL command:

Now select the restaurants database by executing the following command:

Next, execute the following command to create the first user account that will be used to interact with the database:

Use the following command to grant the necessary permissions to prevent encountering any permission-related issues later in the process:

While this step is optional, a key and certificate can be created for the user yeshua as follows:

How to setup The CockroachDB database table

Now use the above format to insert data into the tblrestaurants.

How to Connect PHP to the CockroachDB Database

Now that the database and its table has been set up, connect to the database by opening the database.php file and create a connection statement using the below code:

NOTE: This is just to confirm the database was successfully created and to ensure the PHP-pgsql driver can connect to the database. There is a separate article dedicated to database connection.

Now test the basic web app by going to http://localhost/crdb_php/public/staff/resto/index.php. The message “Successfully connected to the database” should be visible, as shown here: 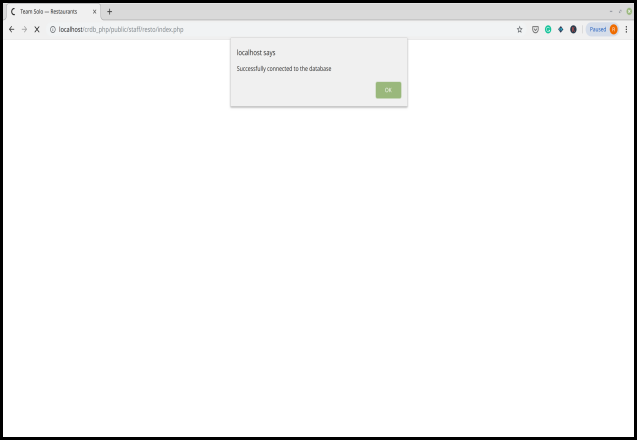 Part one of this tutorial demonstrated how to create web app using PHP and CockroachDB. The tutorial explained how to set up and connect to CockroachDB, setup the PHP project folder structure, set up a local cluster and single node and the corresponding users, create a table and perform a simple insert sql command and then test the basic web app. Remember that it is normal to encounter a warning when creating a cluster insecure (–insecure) mode.