New files have been added to the project directory that were used for demonstrations purposes in the previous parts of this tutorial. A quick review of the code follows:

An example of the index page of the web app is shown here: 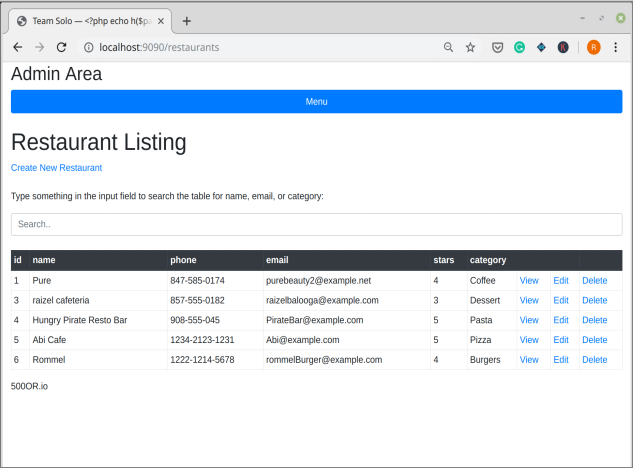 How to View a Single Record

As shown in the following image, click the “View” link on the right side of the table to view a specific record. 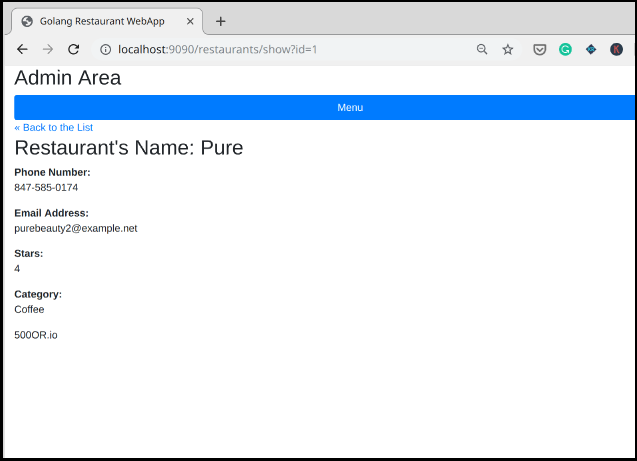 Here is an explanation of what is happening in the background: The “View” link HTML tags [View](https://intern.textbroker.com/a/teamorder-write-submit.php) is the link “/restaurants/show” and it passes an id with a corresponding value of {{.Id}} as the parameter.

The following script shows the “/restaurants/show” string has an equivalent handler in the func main():

This is how the program handles the URL that eventually calls to the controllers, in this case the controller is Show. The codes within this function include:

The following is the structure of the show.gohtml command:

Here are the codes within this model function:

This function merely obtains a specific record in the tblrestaurants and returns the result “resto”. This result will be used by the controllers.Show in the code config.TPL.ExecuteTemplate(w, "show.gohtml", resto) that displays the results via the template show.gohtml.

How to Create a New Record

With an understanding of how the Model-View-Controller pattern works in the webApp, proceed with the other features of our webApp.

Create a new record by clicking “Create New Restaurant” just above the table. As shown below, this link is composed of the following tags [Create New Restaurant](https://intern.textbroker.com/a/teamorder-write-submit.php) and the link restaurants/create will call the controllers.Create in the func main().

As shown below, the above code will create an ID for the new record and call the template new.gohtml: 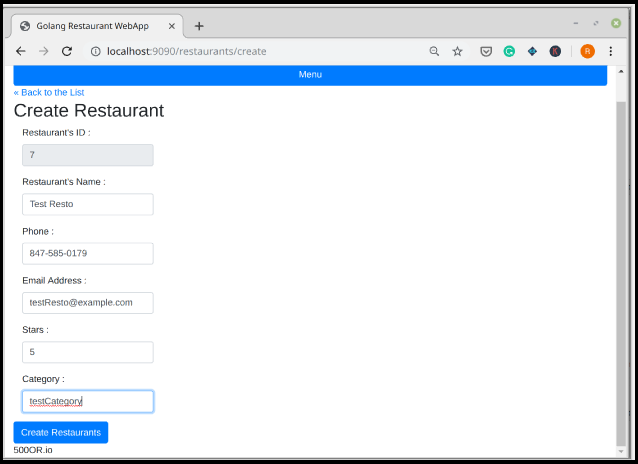 The following controller’s code calls to one of the model’s function models.CreateRestaurant(r):

Now, clicking on the “Create Restaurants” will create the record with the details as specified in the form. 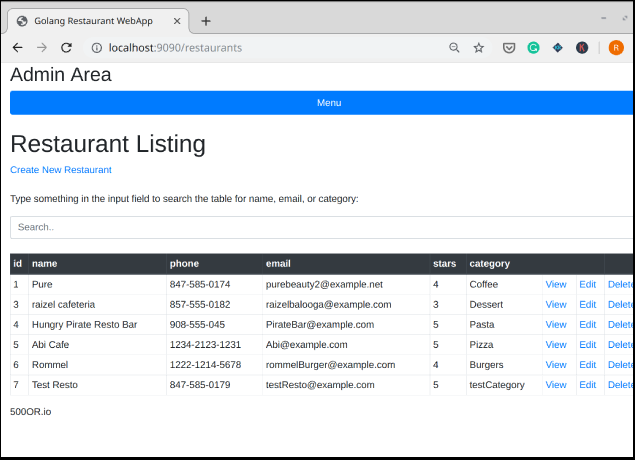 Note the newly added record, at the bottom of the list, with an ID of “7.”